My name is Porfìrio Azevedo, I am 27 years old, and I am an advanced amateur photographer. I apologize in advance for obvious grammatical errors as I learned english mostly by watching TV shows and movies. You said that you can be as long as you feel necessary, so I will tell you how my life as a photographer started, up to this point where I found out that it is indeed good to be fearless.

I wanted to be a computer engineer as I grew up with game consoles (Master System, Sega Genesis/Megadrive, and Super Nintendo and Playstation). Later I got a real PC and then it was all about internet and learning how computers, networks, and video games worked. They were my best friends instead of people!

The fact that I grew up "alone" made me into something I like to call a lone wolf - I like to go unnoticed and I don't like much attention. I started learning photography on my own just about 3 years ago when I saw an episode of The Discovery Channel's Myth Busters in which they tried to debunk a myth about developing film with household chemicals. I couldn't believe this was real so I got ahold of a Pentax P30 35mm film camera to test that out, hardly I knew that was the moment I became a Pentaxian... 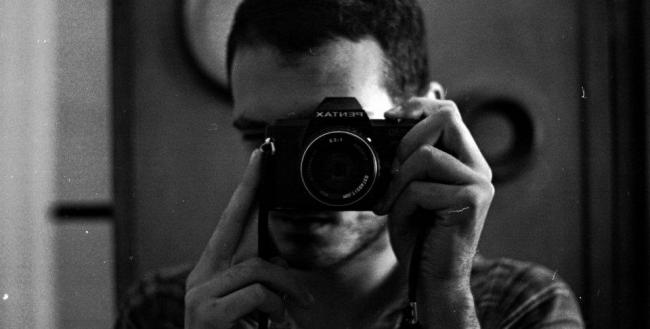 I don't know if you have ever developed film, but I was so eager to test it, I didn't even know what a spool was so I hacked a tupperware so it could hold the film after cutting it in the dark. I didn't care if the frames where cut in half, if it had finger prints - I just wanted to see it working, and it did!

After that I found out what a development tank was and got one. And so my life as an amateur photographer started, starting with shooting film on that P30 with a 28-80mm kit and 50mm F2.0. I developed the film on my own using a process called caffenol-C, which is for black and white only. I tried it with color film and used caffenol-c to develop it as BW (not the same as true BW shades as I learned when one day I managed to afford real B&W film. I don't know why but they are more expensive than color film around here).

Having a camera was so perfect for me, i could be around people and yet at the same time be a lone wolf! I fell in love with it so I started to shoot more and more, and the look of analog film was so... I honestly can't articulate into words the feelings I have for film. And to this day on a DSLR I try to emulate the look of film even though I didn't use it for long. I try to get the noise and "low fidelity" of amateur film. I don't believe a good picture is all about definition but the feeling it carries and meaning it carries.

The analog photography I made from a local summer festival I attended is how I met my current girlfriend. She uses Pentax also. So we were two peas in a Pentax pod, with all the Canon and Nikon going on around here we felt special.

To encourage my development as a photographer - I had some real nice photographs for a guy that just started photography for about a year - she gave me her Pentax K20D. She got worried when I started cutting on food to afford film, helping in the decision to try to get me to transition to digital. But for me it was greater than that...

This last Christmas I combined the money I got from family and got some glass from a former photographer that retired. Because my country is in an economical crisis, I got a real nice deal that i didn't even have to bargain for. I felt kind of sad as I watched his eyes looking at my hands holding his former lens...

That kind sir sold me his smc-m 50mm f1.4 and a smc-m 35mm f2.8 with original carry case, for 75 Euros for both. The blades on the 35mm were sticky and the 50mm had fungus throughout the entire thing, but I was able to fix both of them using tips from the best Pentax place on earth

As I can shoot all I want with digital, I go out every single day with the camera around my neck and a small bag of glass, since I learned how to open the lens to fix them for fungus and sticky blades on the 35mm I don't care if it's raining - the camera can take it so can the lens.

I started shooting less and less because I am becoming more demanding though. I guess that's just part of the process.

One day I went to this roof on a shopping mall, a place I usually go to be alone and take photographs of my city skyline, when I saw this most beautiful sky. It was full of hope as the weather had been really terrible in the previous days. There was sun behind the clouds and a blue sky above, the sun-rays were on the highest tower, a landmark named "Torre dos Clerigos" (Porto, Portugal if you want to check photographs)

I wanted the sun to be perfectly centered in the tower and the rays above the giant cross. I started looking around for a higher place and a different angle when I saw the parking lot of an old mall, so I started running there so I wouldn't lose the chance for the photograph I wanted. With all the rush to get that shot I had forgotten the top floor of the parking lot was closed due some problems with teenagers a few years ago, so I had to go from the 13th floor to the 14th floor, illegally, and climb a fence and go over a platform that's about 120 meters above the ground. I got there and even though the clouds had moved a bit and prevented some of the rays to shine through, I wasn't gonna give up and got a shot using the 35mm F2.8 @ F8 (such quality for a 70's lens...!) 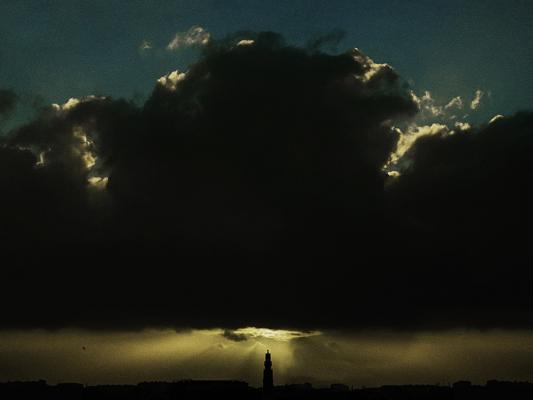 I stopped for a moment and appreciated the view as I was in a privileged place, gazing in awe of such a beautiful sight. Focusing on the fact that I was going to "bring back home" my photograph, and with all the rush to get the shot, I had forgotten about my vertigo issues. I didn't remember I had vertigo when I was climbing to get the shot. I really needed to get that shot…

So when the rush wore off I was all alone in the top of the platform. I was a lone, scared cat in a tree, not a lone wolf anymore. I had to fight my own issues, be fearless, and get over it because no one was going to help me. It was just me and my fear. And yes I did look down; bad mistake. Just thinking about what I felt that day makes my inner thighs tremble a bit but I'm not ashamed of that. I guess we all have our issues. For you, vertigo might be everyday life, but for me, it's a whole different thing. I managed to get over it and got the hell out of there, and when my feet were on the ground I just sat on the floor like a child that didn't care about getting his clothes all messed up; I felt like a heavy weight was lifted from me and knew that from that day I was really meant to be a photographer. 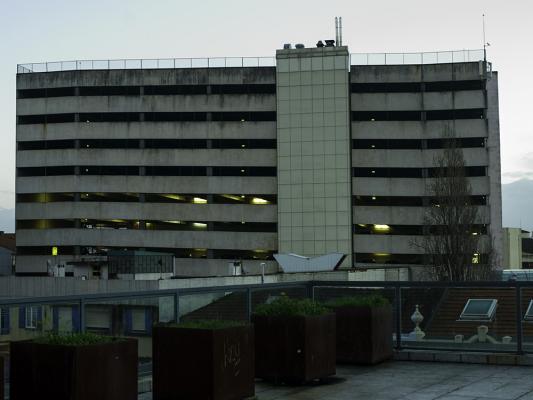 Later that day I published that photograph on my Facebook and got a lot of feedback from friends, non-photographers, and some amateur photographers also (the pro photographers around here are all scared of giving you compliments - it's like they are afraid to get their job stolen or something...). People said that my photograph should be an album cover of something really epic. A special person had seen my photograph through a share a friend made. That person belongs to a social media company and offered me credentials to concerts for free as long as I photographed those concerts for them. I obviously accepted and from shots I made for those shows, the big boss from that summer festival came to me during a show and asked me personally if I want to be their photographer and cover their events. I was blown away. Me, a 27 year old that started learning photography not so long ago and who used an "old" camera. A camera brand not respected by people around here. I even had a credential refused when I mentioned that I use Pentax. I was not taken seriously as a photographer; there's no Pentax support in Portugal.

Even though I won’t be making any money out of this, I don't have to pay to watch shows I like and I get to photograph and be close to musicians I like.

And then a few weeks later I stumbled upon your opportunity and it just felt right. I really feel I have a chance to win this with my "120 Metros de Terror:” the 120 meters for the height and the terror for the vertigo. This is an opportunity to get a lens that I probably won’t be able to afford; I mean that lens costs more than everything I own in photography equipment.

How it would make me fearless?

The fact I do shows and other events using a manual focus lens gave me a whole new approach to photography and confidence; I feel that I have an advantage over others around here that take automatic focus for granted. The wide angle and autofocus can help me get into photojournalism and since I’m no longer afraid to go the extra mile for the shot, I can get some exclusives
and photojournalism is the only way you can make a living out of photography around here and providing for those you love while making a living from what you love...

Isn't that what life is all about?