I love an adventure. That's why I bought Pentax to begin with. 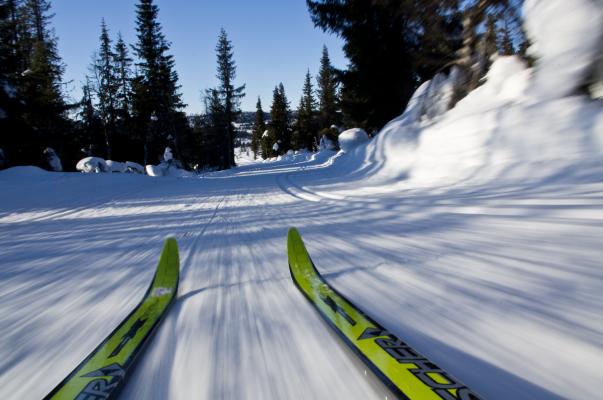 I also enjoy cross country skiing. Although I don't compete anymore, I still love going fast downhill, especially through sharp turns and steep slopes. Even for experienced cross-country skiers, this is difficult at best and downright dangerous at worst. The skis are very thin and flimsy, and the tracks are usually just between 2 and 4 meters wide with trees very close, passing at 30-45 mph, giving a great sensation of speed. I've tried to capture in that in the first shot. Simultaneously holding the camera steady just above the ground while flying down a winding slope added to the challenge. Even though I went at reduced speed, I almost lost control in one sharp turn where a lot of people had "braked" leaving only very hard and icy snow.

The next image is just a hand-held landscape shot to show how cross-country (Nordic) skiing can be a great way of experiencing nature. 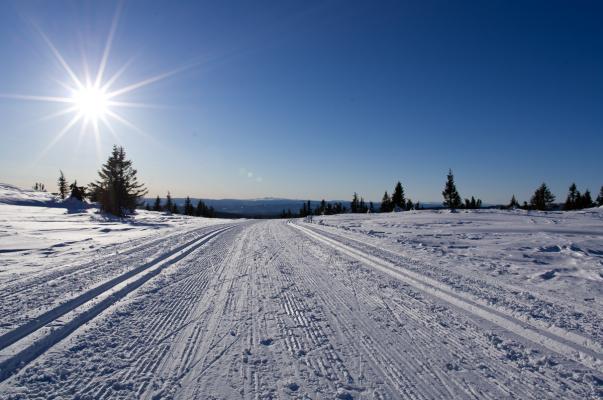 Naturally, a lot of the pictures turned out blurry or didn't include the frame I wanted. Some photos also appeared distorted, but I liked the psychedelic look combined with the look of motion so I decided to include one of them as the final shot. 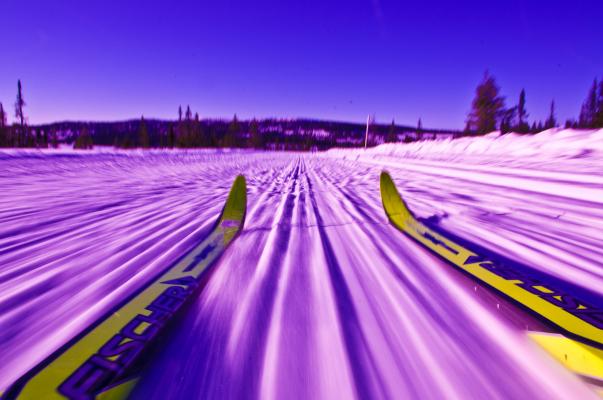 Pentax 18-55mm WR. Changed the colors a bit to enhance the psychedelic effect. Wish I could use photoshop!

Shooting these images was great fun, and luckily both photographer, K-5, and 18-55WR are still intact. Without weather-sealing and a camera built like a tank, I would not even think of doing this.

It is good to be fearless.

Fearless in a Forest War