Fearless in the Moment

I am a recreational climber and mountaineer. Being based in New Zealand, there are no lack of beautiful rocks and mountains to sample and climb. Photography for me is largely to document my adventures and share my passion with others who may not know about the wonders of these places.

Needless to say, fear is on the back of every climber’s mind. The fear of falling is primal. However, it can arguably be irrational at times. After all, we aren’t constantly scared of tripping over on the sidewalks, yet the fear of falling off the top of a ridge seems to be real, present, dominating, and sometimes paralysing. 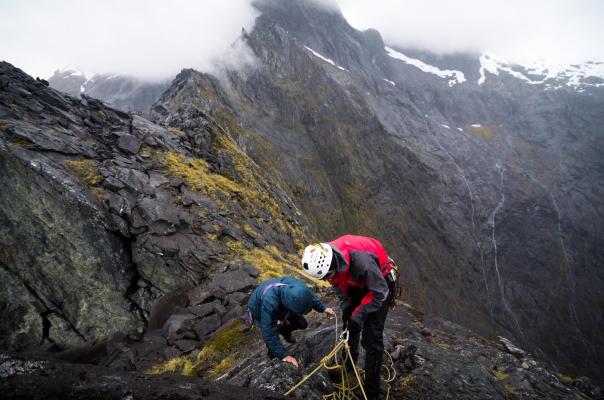 Photographers are scared of dropping and exposing expensive equipment to the elements (and maybe falling themselves)! Though, we buy our cameras so that we can take photos and because the photos are worth it, right? If we take the necessary precautions, I think cameras (especially Pentax) are quite durable! By taking control of the fear and placing ourselves in sometimes fearful situations, truly emotional and memorable photos can be taken.

The photos attached were taken from a recent trip to the Darran Mountains in the South Island of NZ. It was my first real mountaineering trip down south with two fellow climbers. We planned and attempted a classic route called the Traverse Pass. It went from the nearby Homer hut, up a ridge known as Talbot’s Ladder, across to the col of Mt Talbot and back down the Gertrude Valley. We were a little unfit and took longer than anticipated.

The first photo was taken near the base of Talbot’s Ladder. The weather condition was not the best. The rocks were a little wet and slippery. We were on the top of the relatively wide ridge, but slipping meant 1000 metres drop to the valley floor. We decided to be safe and rope up for the peace of mind. 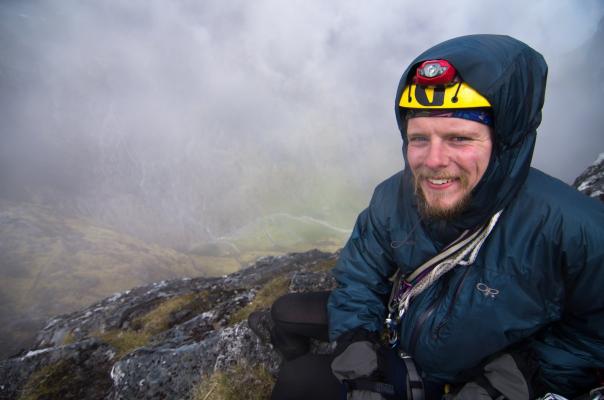 The second photo is of one of my climbing partners. The snaking road can be seen in the background. He was suffering from a case of vertigo and told me that the clouds clearing freaked him out!

BUT we calmed him down and convinced him to keep going (third photo). We managed the trip in approximately 15 hours starting at 5am and finishing at 8pm that day.

I would have liked to post more photos of our trip and of the mountains but I think these were the best. Being fearless (but not reckless) as a photographer meant that I can record my adventures in the heat of the moment, sharing them with people who couldn’t be there and hopefully inspire them to go on their own adventures! 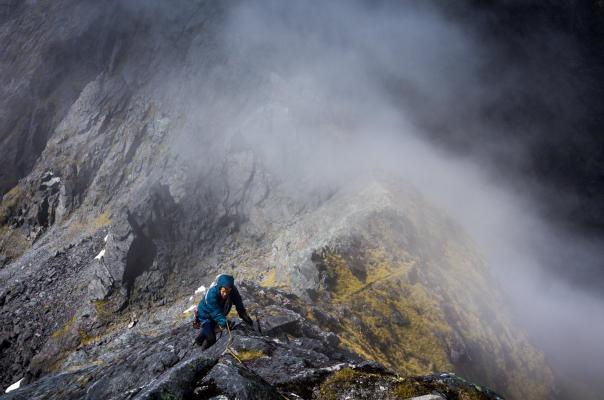 Thanks for your time in reading my essay!