The coolant light had been flashing for the last 10 miles or so while we looked for a place to get an hour or two of unconsciousness after the 7 hour drive. This plan had some rather inherent flaws though. You see, before climbing a 540 foot ladder…trying to sleep half in a trunk and half in the back seat of a 95 VW GTI is something of a hazard. There then came a noise I wanted badly to stop, so I tried to ignore it, but I soon realized it was the other group calling to confirm the meeting place so we could head to the location. The small town of hartsville was absolutely dead at 5 AM. There wasn’t another soul to be seen. The town felt legitimately…well, dead. I could only imagine a bustling town with a purpose several decades ago. There was a nuclear reactor to be built! Thing is, that reactor never was completed. That, you see….is where we come in. A rag tag group of self proclaimed explorers. One structure beckoned to me. The cooling tower stood strong amongst the aging and crumbling core buildings. 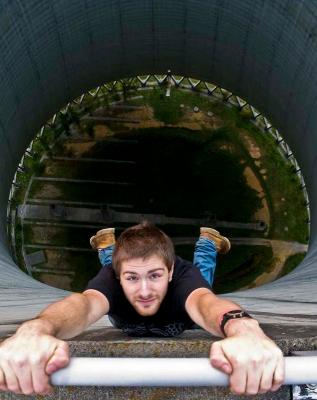 With the sun up, and no patrols spotted we were ready to make our way down, but not before a photo to remember the climb by. I clambered over the railing into the center of the tower. Hanging by the lower bar with just my grip to fight gravity, and a 540 foot fall I hung on and tried to explain my camera’s controls to one of my fellow climbers. Five minutes later the images were captured and my accomplishment was immortalized, as least digitally. I pulled myself back over the railing and started down the ladder. Thankfully I can do a pullup!

So, how does fearlessness find its way into my photography? 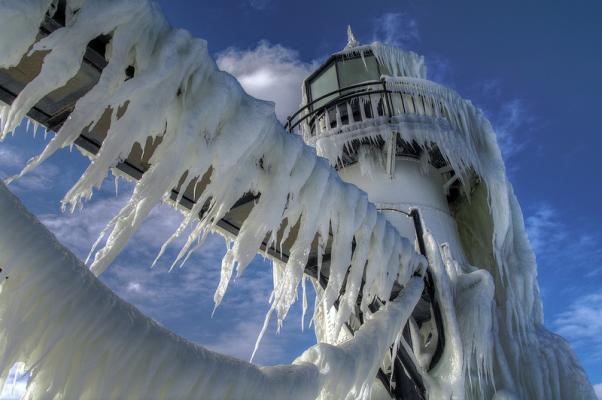 I have an affinity for high places and my Pentax comes along with me wherever I go. I started shooting with a spotmatic sp1000 and some super takumar lenses, upgraded to the K10 with an adapter and later, the K20D. The K20 was my last upgrade and I have not been able to afford any new kit in a few years. I worked in the logging industry for over a year and never got paid. My release was always to push the boundaries with my photography. I spent the money I did get on traveling and doing things others would deem insane to get the shots I wanted, no NEEDED. 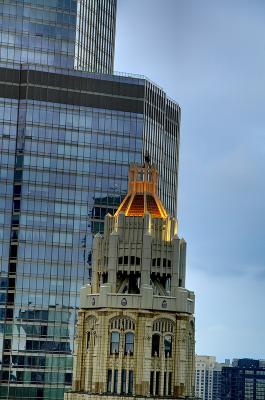 To me, being fearless is all about experiencing all that life has to offer. A sense of adventure isn't a thing of the past, and journeys to the center of the earth or into the heavens can be undertaken with some imagination. I've shot in every condition you can think of with unsealed lenses on my sealed camera and never ruined anything yet, but I've had my eyes on this lens for years and thought it would be nice to not have that slight nagging worry when I'm traipsing through a sewer or storm drain under a city, or crawling through sand stone caves with my camera in front of my burried half in the sand. Shooting in an abandoned coke factory, dodging guards, or shooting from an unfinished highrise in Chicago with wind driven rain hammering my gear and myself, lightning bolts crashing down all around me smiling to myself as I watch my fellow explorers shielding their cameras with plastic bags. My Sigma 17-70 won't operate at f2.8 anymore, I'm sure my style of shooting has something to do with this. I'd like to give that lens away if I had the 16-50.

I've done a little bit of everything and I have some big plans. Would love to have a new lens to accompany me on my adventures.

It's great of you to give others an opportunity to give your lens a good home. Good luck to everyone, and also, you're someone I think I'd like to talk to about photography.