It's good to be FEARLESS, because life and especially creative pursuit are inherently risky endeavors. There are many many photographers who take good photographs by following rules, and emulating popular conventions. Great photographs go further, they break conventions and challenge their audience. A fearless photographer follows their passion without concern for money, fashion, or personal risk because even failure is beautiful when you are chasing your dreams. 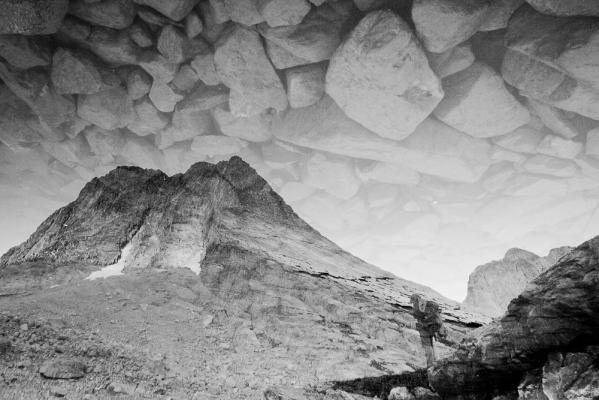 This first photo was taken in the summer of 2011 with a K-7 and DA 16-45. I took this photo on a whirlwind attempt to climb Vestal Peak in Colorado's Grenadier range. The approach to the climb is an arduous 18 mile hike, and having only carried the DA 16-45 I was disappointed that I could not get a wide enough view to capture the entirety of the peak. I had put my camera away and sat down to organize our gear for the climb when I was struck by the intensity of this reflection in the lake.

The second photo was taken with a K-7 and DA 16-45 in the summer of 2011. After a day of work constructing a new approach route to Colorado's Mount of the Holy Cross for the Colorado Fourteeners Initiative, a co-worker and I climbed to the summit for a better view of an approaching storm. My co-worker Kellan traversed out along this thin spine of rock as lightning began to strike in the distance forcing a quick retreat from the summit. 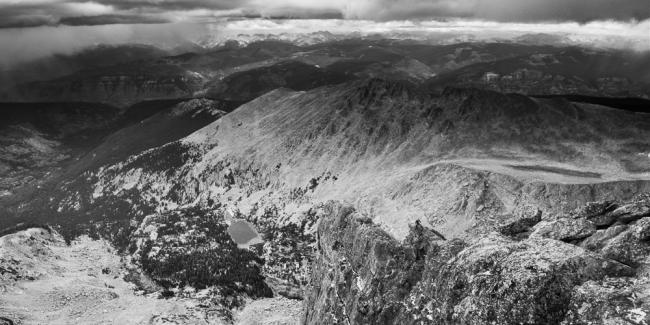 This last photo was taken in the spring of 2009 with one of my film cameras; I've forgotten which one, but with a 105mm F2.5 lens using Tri-X film. We were constructing a fence around the perimeter of the Petrified Forest National Park in the midst of a fierce sandstorm. The streaks across the negative are from sand grit blown though the light seals of the camera and wound into the film spool. Shortly after this photo was taken the cameras winding mechanism failed from sand ground into the gearing. 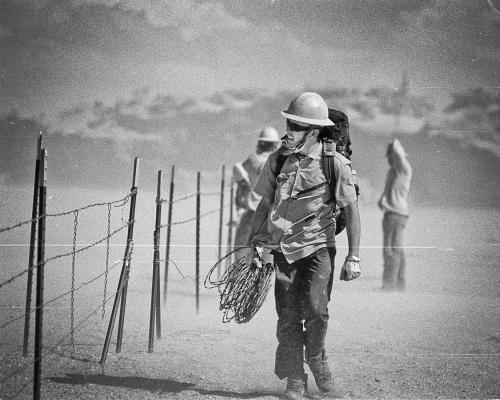 The Importance of Fearlessness