I work in agricultural development which has led me to far flung places in Eastern and Southern Africa for most of the past 15 years - generally places considered 'just beyond the end of the road'. I have seen the most incredible sights while off the beaten path – such as this young gymnast on the streets of Nampula, Mozambique (October 2012). I slammed on the brakes of the 4x4 and did my best to capture these kids (there were 6 of them) launching themselves off used truck tires. They were fearless and didn't need video games to have fun. While still a cool picture, the old Panasonic Lumix point and shoot simply couldn't do the kids justice. 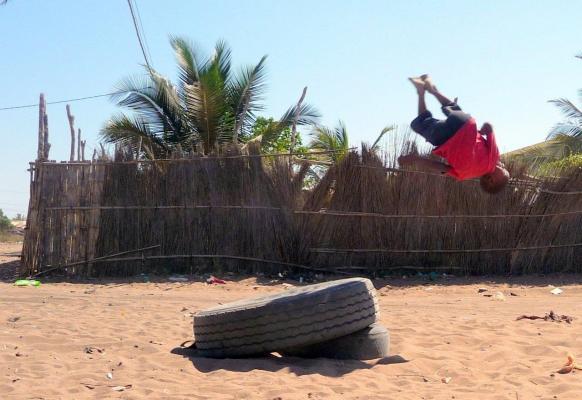 Soon after taking this shot, I decided to take the plunge and purchased a used Pentax K-7 while in Afghanistan thanks to my brother- ‘Phillydad’. He showed me the videos from Heie abusing the poor Pentax and still the camera kept on shooting. I was working in Afghanistan at the time for the US government trying to help farmers shift from growing poppy to alternative crops and I appreciated how Heie’s Pentax worked in tough conditions. I have since moved to Nairobi for my latest job assignment. While I (generally) don’t have to worry about bullets and RPGs anymore – I still have the opportunity to enjoy sights off the beaten path all over East Africa and beyond. I am very much an amateur photographer and still figuring out how to deploy my 55-300mm and 18-55mm lenses to do justice to the experiences.

In January of this year, I was working in Ethiopia and was able to enjoy one of the most famous Orthodox festivals of Timkat. Thanks to the size of the 55-300 lens for my Pentax K-7 - I was able to get past the normal viewing area, behind the lines, close up to the faithful worshipers, as they thought I was a 'professional' photographer. This picture of the boy is one of my favorites – he seems to have a fearless look in his eye as he approaches to give me a handout. 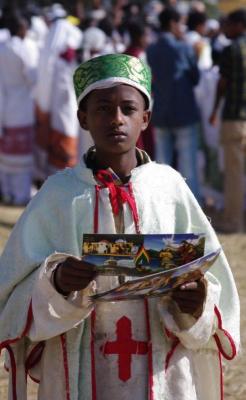 A few days later I was on the Somali border with my Pentax K-7 to check out a water project that installed a new well in a drought stricken area. Between the lack of rain and the human conflicts over the past few decades – this region is not for the faint of heart. This Soviet truck that got stuck in the riverbed during the Ethiopia-Somalia war of 1977 can attest to this. The fact that people can survive such conditions amazes me. The muddy riverbed was the only source of water for the cattle and the people in the region. I wonder if they are ever fearful…but, perhaps they have little time for pondering such things – they just have to push on. 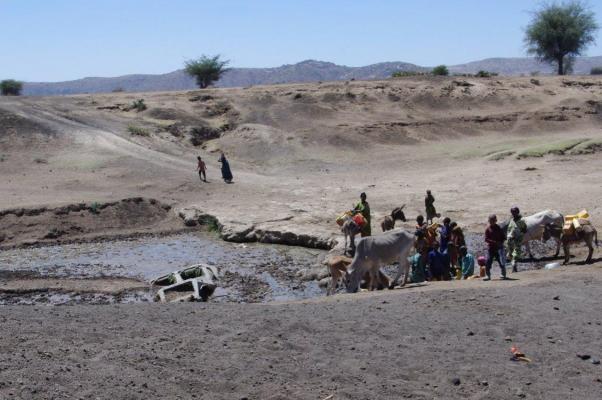 With the 16-50 lens, I would be much better prepared when I meet the next aspiring gymnast in the bush, capture the emotion of the faithful, or record some of the harshest African environments. I would certainly be able to stamp a few more countries on the passport of this lens that already has such a rich history, and has seen so much.

It is often off the beaten path that we find what it means – to Be Fearless, and when you hit the end of the road – keep going…