Leaving behind what is comfortable and experiencing new people, breathtaking landscapes, and diverse cultures is what being fearless means to me. Letting go and being fearless can provide a profound learning experience. I enjoy chronicling my life journey through photography to share my experiences with other people. I have had the opportunity to take pictures throughout the Pacific Northwest from the snowy peaks of the Cascades to forest fires in the dry coniferous forests, and more recently of the great diversity and urban landscapes of New York. However, the photographs for this “Pentax Event” are from a trip to the humid tropical country of Brazil. 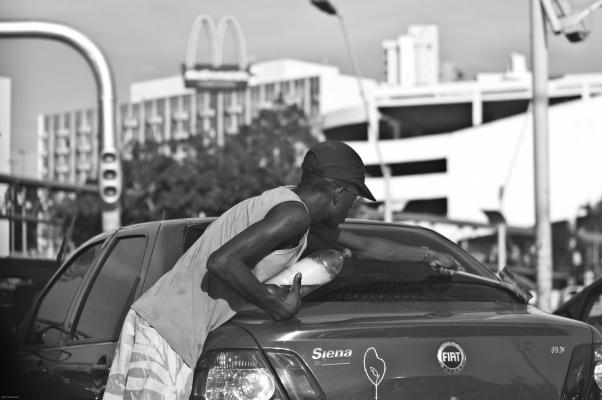 In 2011, I spent 12 months in northeastern Brazil conducting ecological research in the Atlantic forest - a global biodiversity hotspot. Upon arriving in Brazil I soon realized that to adjust to the culture, climate, and pace of life I would need to be fearless. For example, I hid my K20D in a plastic shopping bag under bananas so I could take it to the Carnival parade in Salvador to get pictures without drawing too much attention. As we were exiting the parade with tens of thousands of partiers, the pickpocket I foiled didn’t even notice the camera. Salvador can be a dangerous place to live and work with an increasing rate of drug problems and violent crimes. Photograph 1, “Window Washer,” embodies the fearlessness of life in Salvador. His low paying job inherently puts him in harm's way by being in the dangerous city traffic for long hours with no shade in extremely hot weather. 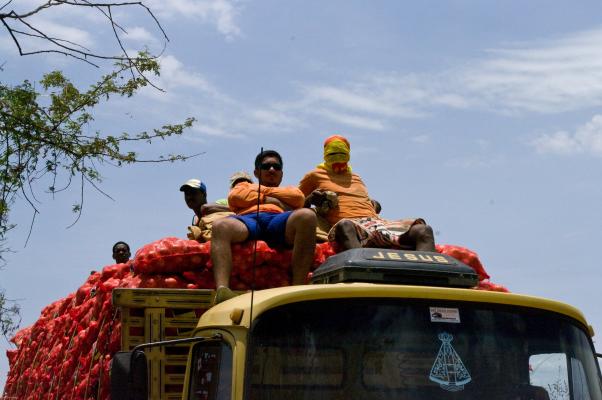 I traveled to the interior of Brazil where much of the landscape is a semi arid savannah called caatinga. Unlike the large coastal cities in Brazil that are experiencing rapid economic growth and violent crime, the smaller rural communities are still mostly agricultural and generally safer. We were with a local who was acting as our guide showing us the countryside and farms. We were quite a distance from town when we saw a broke down motorcycle on the side of the rode. We stopped to give them a lift since we had a pickup truck. Why not, we had already picked up two kids making their way to the nearest school. As our guide would say, “It’s what us poor people do out here in the woods.” We were loading the motorcycle in the truck when an onion truck came upon us. As the truck approached, I gave them a thumbs up while pointing to my camera to ask if it was ok if I took a picture. Photograph 2 of “Onion Farm Workers” captures the fearlessness of the Brazilian rural lifestyle.

Most of my time in Brazil was spent in the Atlantic forest. This forest boasts some of the highest biodiversity on Earth. My wife was my fearless assistant rain or shine, and most of the time it was rain. We had encounters with pit vipers, frequent webs with large bat eating spiders, thousands of mosquitoes, and hundreds of ticks if you brushed up against the wrong shrub. Photograph 3, “Researcher,” captures my wife spotting an endemic bromeliad moments after we accidently stirred up wasp nests and both received multiple bites. 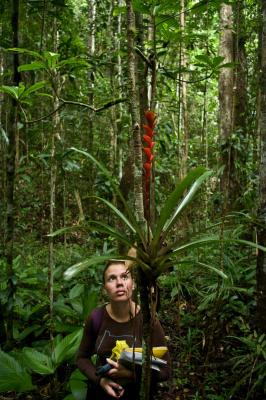 The photos I’m submitting were shot on my Pentax K20D with the kit lens. I don’t own a DA* 16-50 or any DA* lens. First it would be an honor to receive your lens and continue to extend its legacy of capturing moments that embody “It’s good to be FEARLESS.” Secondly, I have put my camera and lens through some pretty extreme conditions, as you have too, and I think the 16 – 50 would allow me to expand my photography style while in extreme weather conditions.

Thank you for considering my entry.

Fearlessness in Self-Portraiture; Once, Twice, Thrice