Fear is the great limiter. It prevents us from exploring the world, from reaching our full potential, from trying new things. Fear insinuates doubt within us: it holds us back.

It’s good to be fearless.

In the attached pictures, I've tried to select subjects that I think embody the fearless sprit of Pentax. 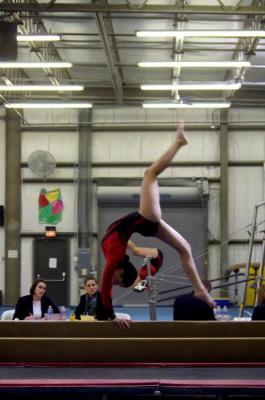 My sister is a gymnast. After years of grueling practice, she is used to flying, diving, spinning, twisting, and flipping. Still, every new technique can be terrifying, because there inevitably comes a moment when the deed must actually be done for the first time. The first time to flip off the uneven bars, the first time to do a standing backflip, the first time to jump backwards on the balance beam. To progress in gymnastics, fearlessness is crucial, because slight hesitations often spell season-ending injuries. The same impossible-seeming maneuvers must be repeated time and again perfectly before they are tested under the critical eyes of judges. This picture is in tribute to my sister's continuing fearlessness, perseverance, and grace under pressure.

To be fearless is not to be reckless. Rather, fearlessness is a willingness to try something in a new way. It is the desire to stray from trodden trails. It is the drive to do something that others say can’t be done: to look the impossible in the eye, and then look past it.

The rewards for fearlessness are great, because just beyond fear lies something that most people will never experience. If you can push past mental barriers that others people can’t or won’t, then you are free yourself to explore what you want to explore, not what other people have already covered. 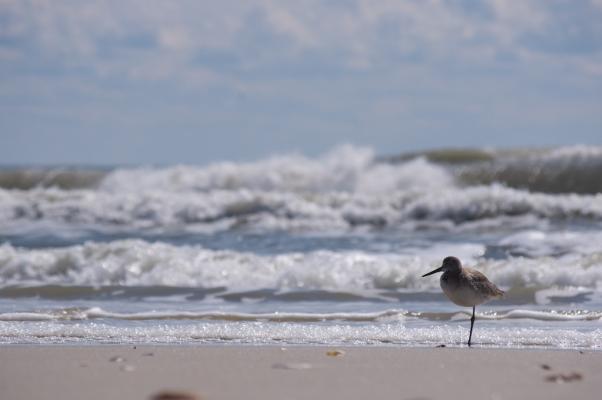 I came across this little bird along Cape Lookout National Seashore in North Carolina. He spent his time continually dashing in and out of the waves, poking his head here and there, presumably looking for food. Whenever he got tired, he would abruptly stop, pull up a leg, and pause, with only one eye looking out at the incoming waves. As those waves were many, many times his height, his nonchalance about the incoming danger intrigued me. To get this shot, I got on my belly and slowly made my way towards him, until I was about twenty feet away. I manually focused on him (autofocus had been hunting earlier) and waited until some suitably dramatic waves appeared.

And that’s why, when I picked my first DSLR last year, I picked Pentax. I never wanted to worry about whether my camera could handle the conditions that I can. No other entry-level DSLR can do what a Pentax does. Two continents, several states, a hundred thousand shots and countless memories later, I feel comfortable shooting in the rain, sleet, and snow, in driving wind and sand, everywhere. Sometimes people look at me like I’m crazy to go shooting when I do. Sometimes I think I’m crazy to go shooting when I do!

Though the K-r isn’t technically weatherproof, I’ve never felt limited by the sturdiness of my camera, and the K-r hasn't once failed me, though a lesser camera might have. My K-r has seen less distinguished service than Heie’s K-5’s, but I’m still proud of it. It leaves me free to worry only about getting the shot I want. If there is something that I want to try, whether that’s hugging the ground, taking long exposures in the rain, I am only limited by myself. 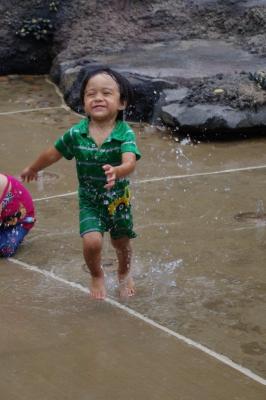 This final picture is of my cousin, in his first trip to the National Zoo in Washington, DC. There is a small play-area for little kids to play about and cool off in jets spraying water. He at first regarded the water jets with trepidation: he’d never seen anything like that before. Soon, though, he decided that he wanted to figure out what it was all about. Instead proceeding timidly, however, he decided to run straight through the middle of the nearest jet. I readied my camera as he worked himself up to charge through the water. I think the expression on his face speaks for itself as to what kind of reward there can be for conquering our fears.

Sometimes, though, I feel bad about what I put my lenses through. I am sure my smc A-50 F1.4 doesn’t love freezing rain—it stayed fogged up internally for a week after I tried that. (Storms make everything so dynamic, I can't help myself!) Unfortunately, I don’t have any weatherproof lenses, so I don’t have much choice for when the weather turns wetter again. At least the A-50 doesn’t have any electronics that could be harmed by moisture. With the DA* 16-50, I wouldn’t have to even think about any of that.