My Different Versions of Fearless

Ok, what does it mean to be fearless? This really has several meanings to me, and I've tried to capture all of those meanings in the images that I am including. I am a firm believer that you've got to be fearless in capturing your image. Sometimes you've got to climb or crawl to get just the right angle on the subject. The first image below of the snake was taken in 2007 in Florida at a focal length of 55 mm, so as you can see, in order to get this photo, I had to crawl within a couple of feet of this snake. It also was around 6 feet long. After the photo shoot, my brother-in-law and I caught the snake and showed it to my nieces and nephew, which my sister-in-law was simply thrilled about. 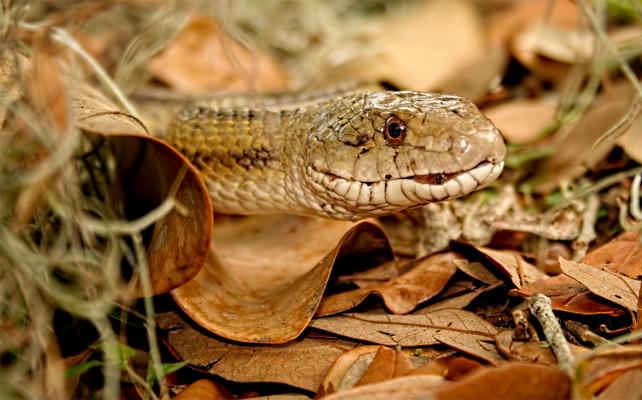 The next photo was taken in early 2013 in Virginia. I found an old wooden footbridge, and really wanted to get an image from under the bridge, however it was wet, dirty, and rusty. There aren't many cameras that I would wedge up under this bridge the way that I did my K-5 (used a wireless remote to take the image). You have got to be able to be fearless with your equipment sometimes in order to get a photo that other photographers are not comfortable trying to get. It's like going to someone's home that looks like a museum...you feel afraid to touch anything because you might break something. I would much rather use equipment that I'm not afraid of breaking, and that's the way I feel about my K-5. 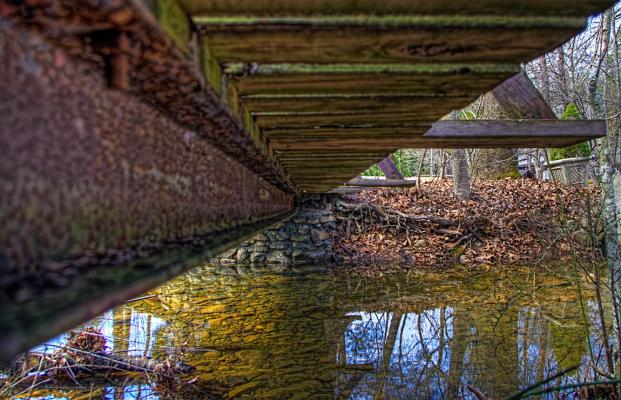 The final photo is an interesting one. I took this photo in 2009 for a friend of mine, who is a musician (obviously...). A portion of the fearlessness is that fact that we were in some sort of old abandoned building, and I'm pretty sure that we weren't allowed to be there. The other "fearlessness" that I would claim is in the processing of this image. This is an HDR image, and I have had conversations with "professional" photographers who have told me that HDR photography is not real photography. Since I've never sold a photo, I didn't really have much ammo to go back with, but this type of photography is what is really inside of me, and I think that we have to be fearless and be true to who we are. I've got to be who I am, and that has to come out in my photography, otherwise my photo will just be another photo, and I'm not ok with that. 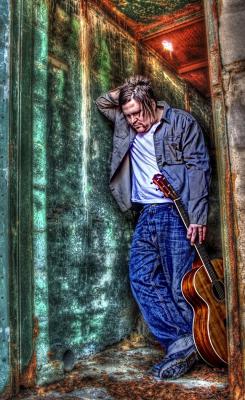 I have mostly taught myself photography over the course of several years, and originally owned a low-end Canon DSLR with several decent lenses. I really knew nothing about Pentax when I decided to upgrade, which I could only do by selling every piece of equipment that I owned. After selling everything, the K-5, which I had never heard of, went on sale, and after reading review after review that praised the camera, I decided to go for it. I really love my camera, and have owned it for about a year now, although I have not actually been able to purchase any lens, other than the kit lens, yet. I've decided that I want to focus on purchasing really nice lenses, so the DA* 16-50 would be an amazing start, and knowing what this lens is capable of is very exciting! I've waited for years to actually own a really nice lens, and I can't wait to take this hiking, backpacking, and exploring!