A reflection on recent reactions 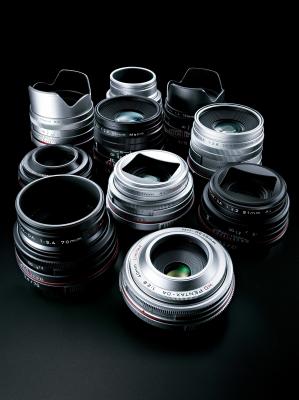 Recently, the news of lens updates have been unique. By unique I mean anything that doesn’t revolve around the mythical Full Frame that unfortunately has so much passionate (and sometimes vitriolic) discussion you would think it actually existed. And for the past decade.

But instead, PENTAX has thrown us a curveball, stating that its entire line of DA Limited lenses will be updated. The Limited line comprises a suite of five currently: the DA 15, 21, 35 Macro, 40, and 70 Limiteds. Despite what at face value would be considered a shortcoming – an obvious lack of speed due to their relatively slow apertures – the DA Limiteds are a set of lenses that have earned a very passionate zealotry, and for good reason. What they lack in speed – which must be realized was a purposeful decision – they more than make up for in image quality, rendering, and most strikingly, their incredibly diminutive size. Combine that with build quality that many have compared to the likes of Leica and Zeiss, and it’s easy to see that for the prime shooter – especially the APS-C (crop sensor) system user – there really is no equal. Especially for the price.

The announcement by PENTAX indicates that the update to these lenses involves three things. First, the aperture blades have moved from being of the “straight” variety to the contemporary standard of rounding the blades. What this does is ensure that the aperture maintains a circular diaphragm as it is being stopped (aka “closed”) down from each lens’ respective maximum aperture. The affect that this has on the image quality is most apparent in the way out-of-focus highlights are rendered. Have you ever seen those beautiful images with “Christmas tree light spots” blurred all throughout the out-of-focus background, but in perfect circular fashion? That is thanks to a lens that has rounded aperture blades. This makes the 40 and 70 Limiteds especially appealing due to their being used as portrait lenses. What is left to be seen, though, is whether the rounded blades will be the death knell for one of the DA 15’s most celebrated qualities – its ability to render stunning starbursts from light sources. 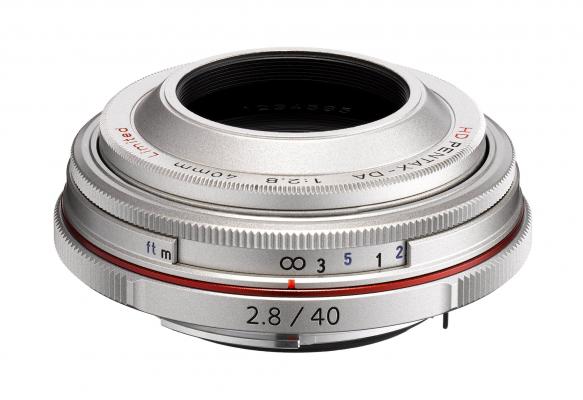 The second update is two part. First, the official name of each lens as well as the coating applied. In an alphabet soup of letters used to identify lenses, a three-lettered acronym has stood the test of time since its patenting in 1971, a time when PENTAX was still churning out M42 screw-mount lenses and before the K-mount even existed. Updated gradually and silently and keeping with its namesake throughout the years, “Super Multi Coating” was originally revered as a revolutionary advancement in the realm of optical engineering. So revolutionary, in fact, that Zeiss paid to license this technology to apply to their T* lenses. While still very capable, it has not been class-leading for several decades as other manufacturers have been using nano coatings for quite some time, a race that PENTAX has rejoined thanks to its announcement of an entirely new lens coat dubbed “HD,” or High Definition, during last year’s Photokina. With claims that it would be far superior to its own smc coating, it increases the rate of light transmission and enhances contrast and sharpness through the reduction of ghosting and flaring. Up until rumor of the HD Limiteds surfaced, there was much speculation as to what lenses would receive the HD treatment, with most concluding that it was reserved for PENTAX’s top tier lenses. This was supported by the adoption of this new coating by the HD PENTAX-DA 560mm F5.6 ED AW DC and HD Pentax-D FA 645 90mm F2.8 ED AW SR Macro lenses, professional grade super-telephoto and medium format portrait lenses, respectively. There is one additional coating that PENTAX has reserved for its halo products (such as the D FA 645 90mm medium format lens), and that is its Aero Bright Coating, a technology that is superior to the HD coating with respect to ghosting, but not as durable with a lower longevity over the course of the optics’ use and age. Ultimately, the HD coating has restored PENTAX’s competiveness in this regard, and now the DA Limited suite of lenses has been treated to this level of coating excellence.

Interestingly, with the additional claim of enhanced flare reduction thanks to the HD treatment, the DA 15 is once again raising eyebrows for how this lens will be affected. Another of this highly acclaimed lens’ capabilities is what is often argued as the best flare reduction of the entire photographic world, with many of its owners claiming it belongs pointed right at the sun. It will be interesting to see just how much more flare resistant the HD DA 15mm Limited will be. Clearly a wild card because of the combination of rounded aperture blades and the new HD coating, the HD DA 15 Limited will surely be a lens to watch. 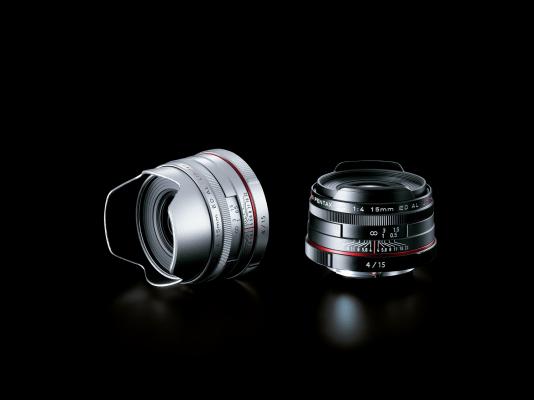 The final update is merely a series of cosmetic ones. When compared side-by-side with the smc DA Limiteds, the HD variants sport a much cleaner, sleeker look. Almost Zeiss-like with its metallic plate bearing PENTAX <Focal Length> replaced by a simple ##/##, where left and right of the slash are the aperture and the focal length, respectively. Additionally, and in keeping with the HD identifier seen in the aforementioned 560 and 90mm lenses, a red ring has replaced the iconic PENTAX green ring found throughout much of the current lens lineup. Does this update and the ensuing red ring hint at the death of the green ring? Hard to tell, but a logical assumption would be that it will not die, instead being reserved for the lesser lenses deemed unworthy of the HD coating.  Lastly, and what is surely the least noticeable change, is the color of the font etched into the metal barrel that identifies the focus scale (and in the case of the 35mm Limited, the macro magnification ratio as well). In addition to these changes, each lens will also be available in a silver tone that looks especially attractive with the HD line's red stripe. Options are great, and now PENTAX has given us two distinct color options to choose from on what seems to be a permament basis for these premier lenses. And at no premium for either tint. 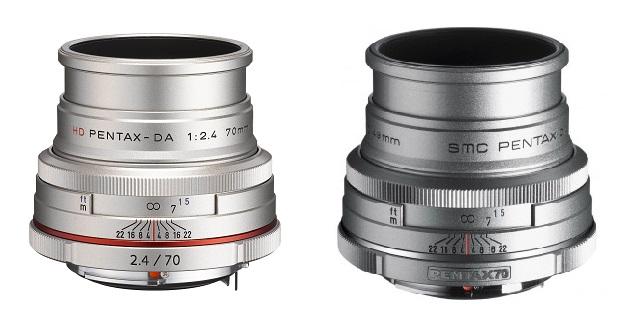 There is one major update that we would have loved to see included – weather resistance, one of the mainstays of the Pentax ecosystem. Because if PENTAX did it with the D FA 100mm F2.8 Macro WR, a similarly all-metallic body and “Limited-esque” build quality (so much so that most conclude the only reason it isn't a Limited is because Pentax forgot to label it as such), why not these as well? But instead of chastising PENTAX for the obvious stupidity of not making the HD DA 15 Limited a weather sealed lens (which, admittedly, would arguably be the perfect wide angle lens), it is critical to realize the engineering difficulties in doing so. While we will never know for certain, it is important to carefully analyze the fact that adding weather resistance to these lenses would have required slightly different diameters of their lens barrels and tolerances of the focusing rings, as the inevitable addition of girth, no matter how minor, would require entirely new and thus different bodies, which is exactly what happened to the FA 100mm Macro to the D FA 100mm Macro WR update.

While not as dramatic an update as environmentally sealing the lenses, an internal lens motor the likes of PENTAX's DC motor found in the DA 18-135mm F3.5-5.6 ED AL [IF] DC WR and the 560mm super telephoto would have made for incredibly silent auto focusing (with a negligible difference in focusing speed as the screw-driven AF, despite its audible wirring, is extremely quick). But again, it is important to realize that these new HD Limited lenses would be very different and, more critically, much larger than the original DA Limiteds without silent in-lens autofocus motors, thus violating the Limited's main trademark.

So at the end of the day, what do these changes mean? 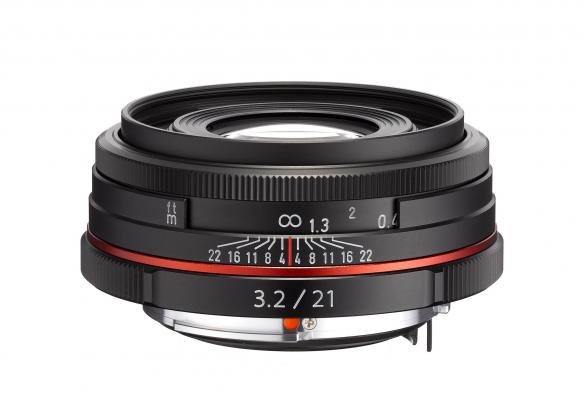 The fact is that these HD DA Limiteds are essentially the Zeiss/Leica lenses of the APS-C world, lenses that cannot be found for less than a four-digit price tag (and they aren't autofocus like PENTAX's to boot). These are the PENTAX Limited lenses (not to be confused with the common definition of limited implying "limited production" or "limited availability"). Not halo products per se (the Canon 200-400 F4 1.4x Extender lens comes to mind), but lenses that should nevertheless be held in utmost reverence. And frankly, not easily attainable, as that will destroy their perceived value and at the end of the day, their actual value and that of the PENTAX name.

Speaking of brand names, the vitriol regarding these lenses being an attempt by PENTAX to mimic Canon is baffling. The red ring that PENTAX debuted with their HD coating announcement on the above 90 and 560mm lenses were never chastized for being Canon-esque. If anything, the 560mm would be deserving of this criticism because of its red ring on a light-colored body, an obvious trademark of Canon's "L" series of lenses. But Canon has not a single lens in their entire (extremely expansive) lens inventory that has a build quality comparable to the DA Limiteds, especially for their crop sensor cameras.

So why all of this? Because put frankly, it has become increasingly disheartening to bear witness to how we as a collective PENTAX community have lost sight when it comes to demanding the production of photographic instruments with a level of quality surpassing superlative. No product/upgrade is ever good enough and no price is ever low enough, undermining and sabatoging any attempts to establish a respectable reputation amongst prospective Pentaxians. Regardless of whether they are brand converts or entirely new to the world of consumer photography -- the largest and most critical market for PENTAX to tap into in an ever saturated market -- we have become our own worst competition.

Yet we yearn for the nostalgia of yesteryear when PENTAX was one of the premier photographic driving forces the globe over. In a call to precision and perfection, "instruments" was the title given to articles which were privileged enough to carry the PENTAX name. And this is especially true when it comes to our lenses – our most valuable and prized investments. Investments that are intended to last the lifetimes of five camera generations, if not more. Ultimately how expensive is a $700 lens that is used on over 500 outings (including traveling light that would otherwise not bring that focal length) over the course of 10 years?

We not only want our luxurious designer cake, but we want to glutton the hell out of it.

Note: for the full specifications of each of the new lenses, please visit the PentaxForums.com lens database: