Tell us About your Photo, GavinCato

This month we're expanding the series articles. In addition to discussing the photo with the photographer, this follow-up artlcle discusses the image's technique and provides other samples of such photos:

Today we'll be looking at user gavincato's photo Sam and Erin's Farewell Night Shot. Gavin Cato is a professional photographer using the Pentax 645Z. Shooting out of New South Wales, Australia, Gavin specializes in weddings, portraits, and events. You can find more of his photos from the shoot that generated this month's image at his album for Erin and Sam's Wedding at Oatlands House. 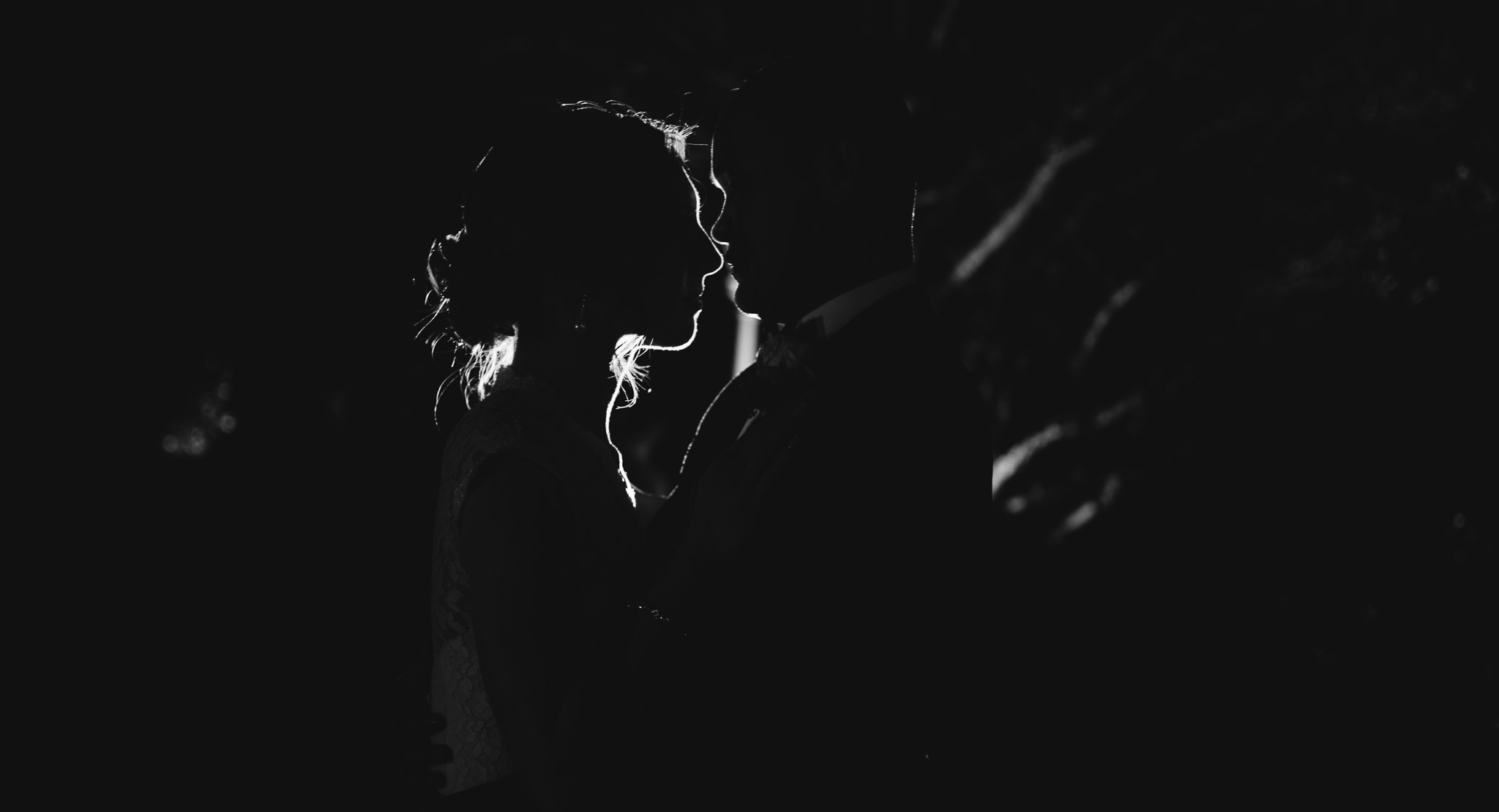 At a reception venue called Oatlands House in New South Wales, Australia. It is an old, beautifully restored house with very nice gardens surrounding the property. One of my more favourite places to shoot a wedding!

The couple already had tons of beautiful greenery and garden style photos from the daytime with a stunning sunset, and so already had plenty of colourful shots. Hence I wanted to get them something else different to what I knew they already had by that point.

Not before the wedding day, but during a quiet time at the wedding reception I walked outside (it was dark by that point) to look for some places to possibly do a night shot. I then went inside and tapped them on the shoulder. There were lots of places at the reception that had more elements in the background, I went for the most simple and non-distracting spot I could find background wise.

I setup the couple where there was a tiny patch of a ambient light to help me focus on them, however it was still extremely dark. I already had the tripod setup in the right place for the shot.

The only real challenge is getting decent focus. In pitch black it's hard! I would normally have setup the camera on a tripod with live view however I needed the tripod for the light, hence this shot was handheld and manual focus.

Yes, a manfrotto 190XPRO3 tripod with a Lightpro ENG-30 LED light was setup behind them on low brightness. I've also done this shot before at different weddings using off-camera flash (using Cactus V6 triggers and Canon 600EX's); however, on this occasion I used a video light as I was pressed for time: It was freezing and I wanted to get the bride back inside asap so she could enjoy her night. Video lights are a lot faster with considerably less setup.

I chose low brightness on the light because I was very much in favour of "less is more" and wanted only a small amount of light lighting up the outline of the couple.

Do you shoot RAW or JPEG, and how do you post-process?

I shoot raw. Just a quick conversion to black and white, and some mild tweaking of the levels and cloning out of a couple of distracting highlights. I cropped the photo is a more panoramic aspect ratio just to draw a bit more emphasis to the couple. I've always been a fan of narrow aspect ratios and the 645z's enormous files make this very easy to achieve and still maintain a decent file size after cropping.

Editor's Note: Click on either below image to open an image box. The image box will allow you to switch between the two images quickly for comparison. 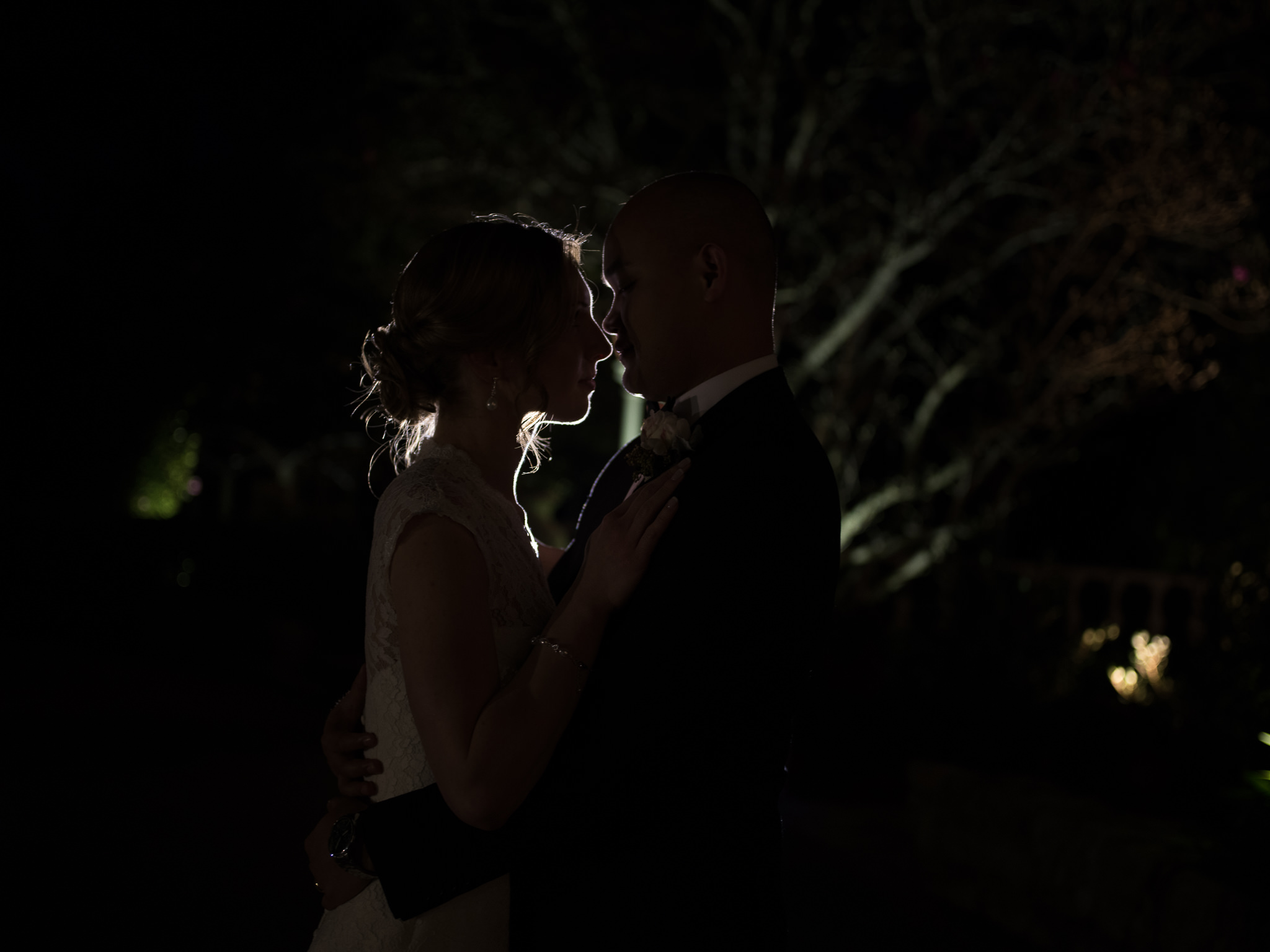 I've been shooting weddings full time for roughly six years. Shooting all up roughly 12 to 14 years.

I'm based in New South Wales, Australia, and regularly travel for weddings. My website is at www.gavincato.com.au and at my Facebook page.

I'm on the forum under the username of gavincato.