Tell us About Your Photo, Mike Oria

Mike Oria (MikeSF on the forum) posted a superb example of why the Pentax 645D is such a great camera. During the Blood Moon in September, Mike Oria managed to capture this stunning shot of the still-red moon rising over Mount Diablo in Clayton, California. Taken from across the bay on Mount Tamalpais, this shot shows a good deal of skill and the effect that telephoto compression has on an image. Thank you, Mike, for taking part in this ongoing series and for this fantastic example of Pentaxian nature photography. 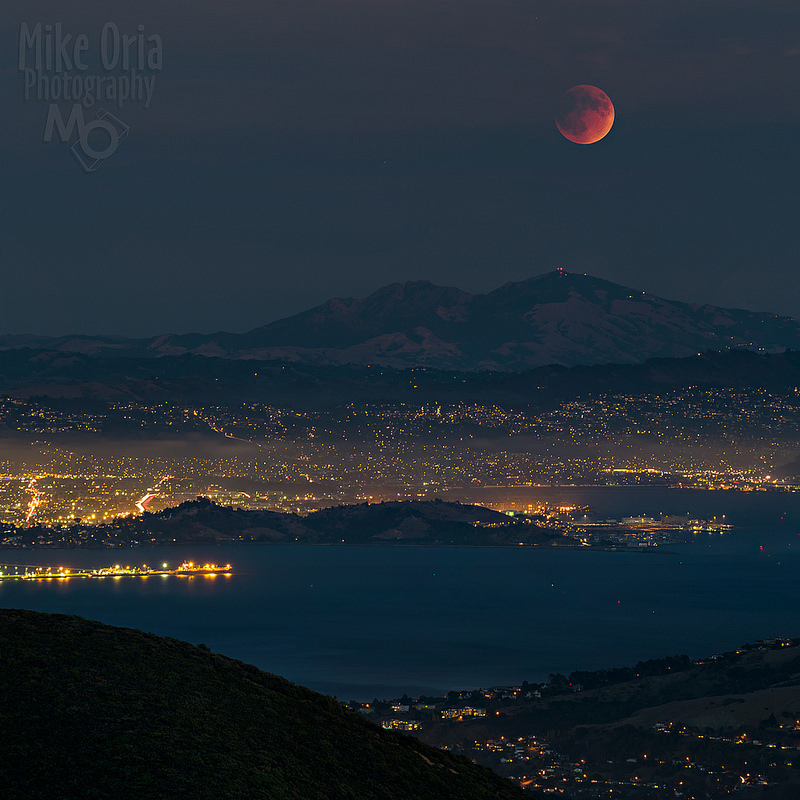 From the top of Mt. Tamalpais in Marin county, California, looking toward Mt. Diablo in Contra Costa County.

Editor's Note: If you're not familiar with Bay Area geography, here's a screen grab from Google Earth that shows the two mountains' relationship and distance. Given the light and fine particulate pollution in the air, this should help clarify how difficult this should was to achieve. 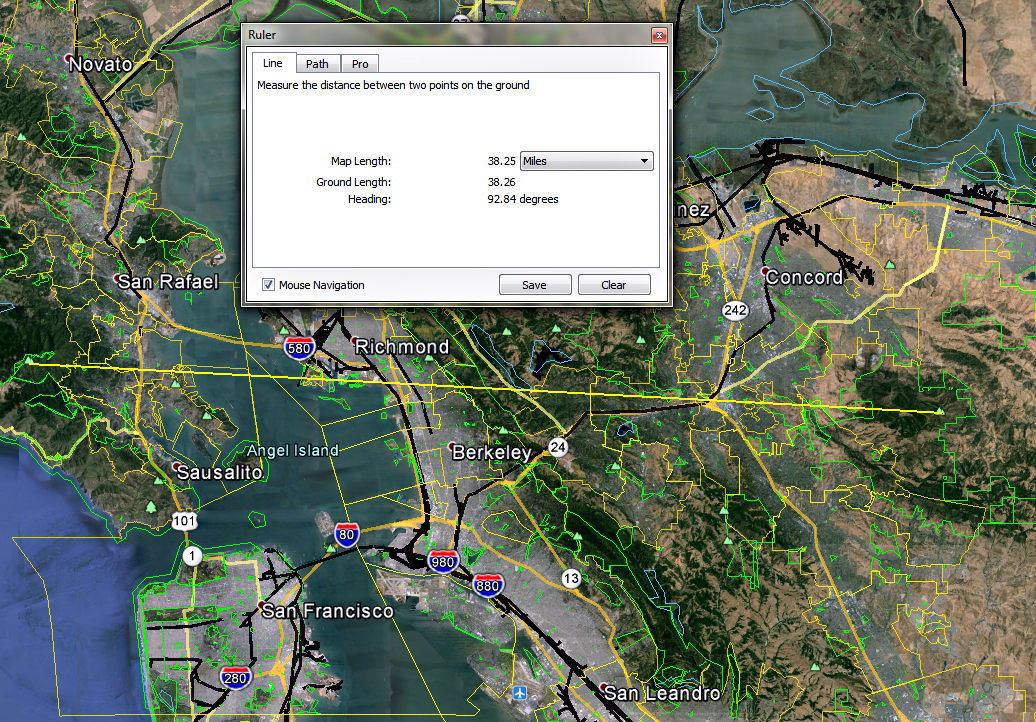 The September 27, 2015, super blood moon was to rise during evening twilight and I chose the theme of a blood red moon over the "devil mountain" (Mount Diablo).

Yes, the key to preventing the moon from looking like a tiny dot in a photo is to use your longest lens and place yourself a substantial distance from the terrestrial subject. I planned to use my 300mm and 1.4x teleconverter (440mm total) and used Google earth to map a north-south trail on the lower slope of Mt Tamalpais to allow me to run north or south to fine tune my composition if necessary. The distant mountain, Mt. Diablo is roughly 40 miles from my position to give you an idea of the actual distance.

I made a preliminary trip to the site the morning of to verify my composition and shoot a practice shot of the sunrise. Everything was going as planned.

Of course! Later that evening as I arrived in position, the offshore fog rolled in quickly and caused a complete white out. My Plan B was to skip the moonrise and head down to Muir beach to get under the fog and try for an ocean sunset instead. I got down there, but then decided to drive back up the mountain as high as I could get and found a clearing that was to the east and much higher, roughly along the same azimuth I had plotted.

Induro carbon tripod plus a sandbag over the lens mount area and a handheld umbrella to block some wind.

I shot RAW and planned to underexpose the shot to keep the moon from streaking, knowing I would push exposure selectively in post. 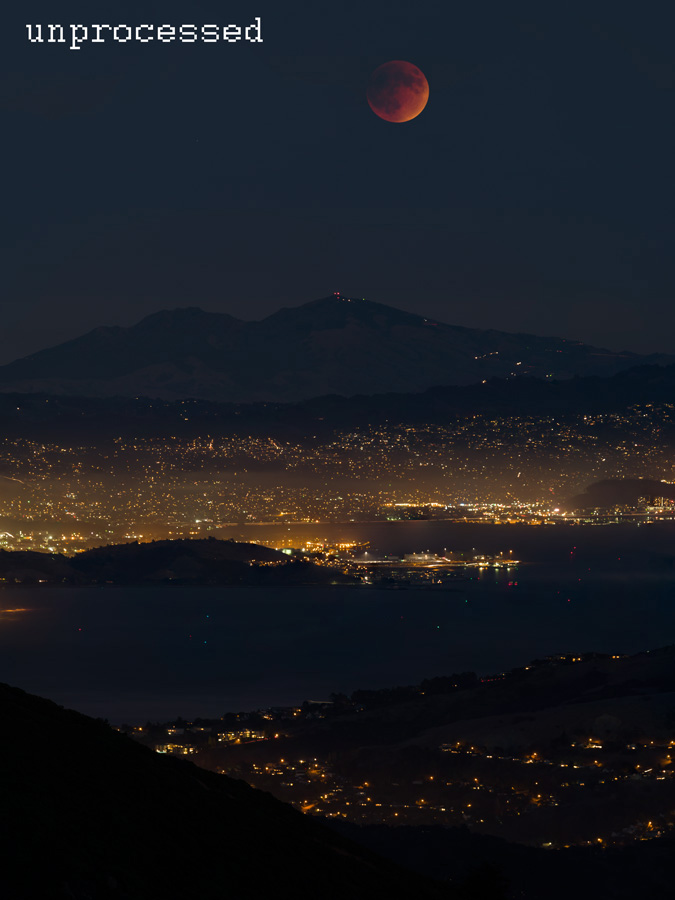 I used Nik Viveza with adjustment masks in Photoshop to pop the details in the mountain and moon (for structure and clarity controls). I applied some general shadow burning around the city lights to reduce some haziness. I also increased exposure on the foreground hillside to reveal some detail.

Semi-seriously since 2008 I'd say but the past couple of years, I am finally getting results I like.

See my full Pentaxian profile, which includes a link to my web site and forum profile (MikeSF). 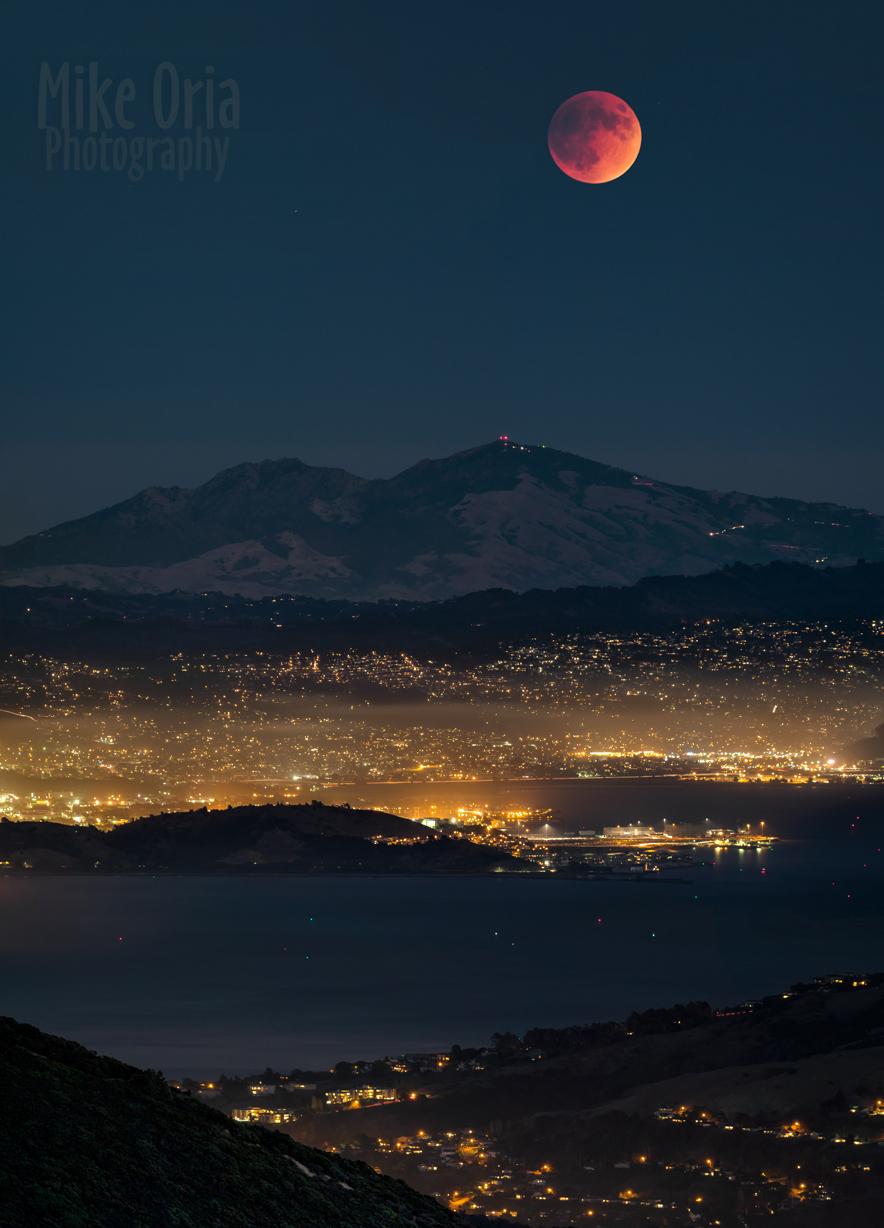 Fiji Time with the Pentax K-3