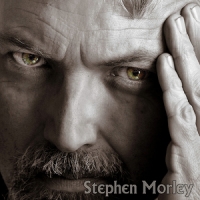 We're kicking off a new monthly homepage feature: each month, we will pick a forum member who posted a stand-apart photo in a non-contest thread.  This will give each member an opportunity to tell us a bit about the photo and about him or her self, providing a larger context to the image.

Stephen Hamshire submitted some stunning photos in the November 23 to December 6 Picture of the Week thread. We asked, and Stephen agreed, to be the first Pentax Forums photographer interviewed for this monthly series. Here is Stephen Hampshire's photo Backlit Beauty. 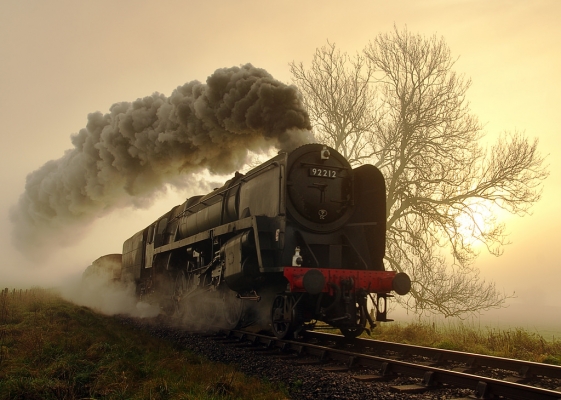 Tell us about the capture

On the Mid-Hants Railway (Watercress Line), a local heritage Railway. This location is only about 2 km from my house in Alresford, Hampshire and I visit it regularly, and I also am a volunteer on the line.

The photo was taken on an organised photo-charter- a group of photographers (about 25 normally) hire a special train and have use of the train throughout the day. The picture is of a British Railways 9F freight loco built in 1959, and normally pulls passenger trains, so I was keen to take a picture of it with a rake of goods wagons.

The shot was on an organised phot charter, having been on many of these before at the Mid Hants Railway, and having also taking photographs there on my own (as a working volunteer I have a permit to allow me on the lineside) I knew the location and some of the shots available there.

At the site, how did you plan this shot?

Looking at the light, I decided to take my photo from the other side of the line to most of the photographers as I wanted the effect of the sun shining through the mist and a semi-silhouette effect

The light was changing very quickly, so getting the sun just right was a bit "hit and miss" we did several run-pasts here, and quite soon a layer of smoke from the loco built up! I used back-button AF as the misty conditions reduced contrast and AF would sometimes miss, with back button AF you can focus then take as many shots as you want without fear of the AF being distracted!

What equipment did you use?

This shot was taken with a Pentax K-5 with the Pentax O-ME53 magnifying eyepiece and the Tamron 17-50mm F2.8 lens. Also, I have very recently purchased a K-3 as the price was right – "Cyber Monday" deal (yes even in the UK) plus cashback from Ricoh.

Tell us a bit about your workflow

Do you shoot raw or jpeg? If the latter, what settings do you use?

RAW, (DNG) although I do shoot RAW+ to get a back-up. My JPEG settings are 4*, Natural preset. I normally use TAv mode to set optimum aperture and maintain a high enough shutter speed for the moving train. I’m not worried bout ISO particularly with the K5, I normally am conservative with exposure (often use -0.3 or –0.7 EV) to avoid blown highlights.

I use Sagelight to convert from RAW and adjust curves to get the effect I want, as close to my memory of the scene as I can. I raised the shadows on the locomotive slightly and warmed up the highlghts a bit- on the day the light varied from gray to golden as the sun came in and out of the mist!

And a little about yourself

How long have you been a photographer/photographing things?

On Flickr (Arle Images) as well as on Pentax Forums (StephenHampshire).