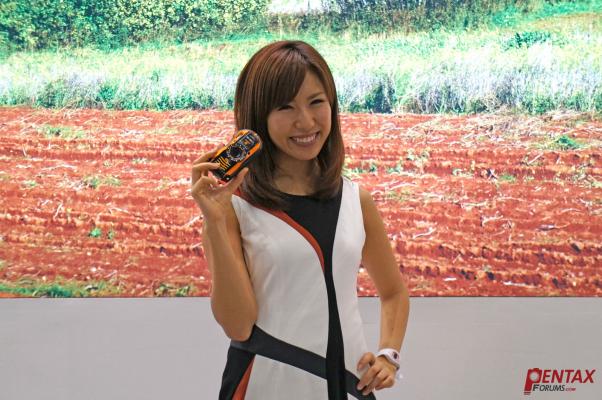 We're here at CP+ 2013, which is one of the largest and most important camera trade shows.  From Pentax we have the announcement of the Q mount body cap lens, AF 360 II flash, new WG series adventure proof cameras (WG-3 and WG-10) and the special edition Evangelion Q10 digital camera.

Here are some photos from the Pentax booth.  Stay tuned for a video of the show!

Click on any thumbnail to enlarge, and read on for even more photos!