Interview with Sigma at CP+

The future of the of Sigma lineup for Pentax

At the CP+ show this year we had the chance to interview a Sigma representative and ask about Sigma's plans with their Pentax lens lineup.  Sigma is one of the largest third-party Pentax lens manufacturers, and the current Sigma lens lineup is in fact more expansive than that of Pentax.  Many Sigma lenses are more affordable and on par (optically) with their Pentax counterparts, thus making them very popular among our users.

Sigma recently announced a series of new lenses, many of of which are already available for Canon and Nikon, but not yet in stock for Pentax or Sony.  Will these lenses be coming out for Pentax?  The video answers this question and more:

Note: when she says "new products", the Sigma representative is referring only to the four recently-accouned Sigma lenses listed below.

Among the new lenses announced by not yet available for Pentax are the following: 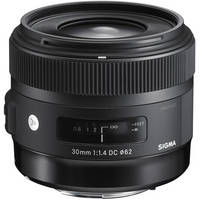 The current Sigma 30mm F1.4 lens for Pentax has now been discontinued, and a successor, the Sigma 30mm F1.4 EX DC HSM A has been announced for Sigma, Canon, and Nikon, but not Pentax as of yet.

The Sigma 120-300mm will supposedly not be made for Pentax, as there is insufficient demand for such a lens.

Stay tuned to our homepage for future announcements from Sigma, as we're sure all three of these lenses will become available by the end of the year.

Hands on with the Pentax WG-3

Interview with Tamron at CP+