The first day of this large trade show in Japan 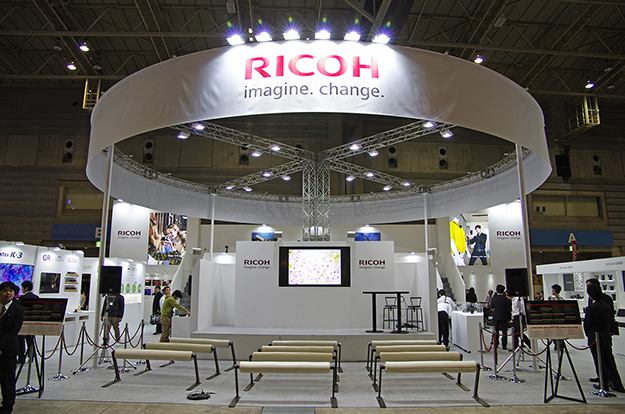 Yesterday marked the first day of the CP+ 2014 photography trade show in Yokohama, Japan, an annual event generally seen as one of the most important exhibitions within the photographic industry.  Almost all major camera and lens manufacturers, including Canon, Nikon, Sony, Sigma, Tamron, Olympus, Fujifilm, and of course Pentax/Ricoh are present at the show, and this year, their booths will be toured by more than 11,000 visitors from around the world.

At this year's show, there are plenty of new products on display, in contrast to what we saw last year.  We spent the most of today simply touring the various exhibitions, so we'd like to start by offering you some stills from the show.  Starting tomorrow we will be bringing you more specifics on the recently-announced Pentax gear, and on Saturday we will be interviewing Pentax/Ricoh representatives at the show.  After the show wraps up we will also include coverage of other companies and products.

If you are unfamiliar with the new CP+ Pentax product announcement, we recommend reading this detailed news post.  In a nutshell, there are the new products that were on display.

Look for these items in the gallery below.  Click on any of the thumbnails below for a larger version, then use your arrow keys to cycle through the photos:

As far as Pentax gear goes, there are no surprises- yet.  Updates on the show will be posted to the CP+ 2014 category, so stay tuned!