Warming up with Jack Daniel's 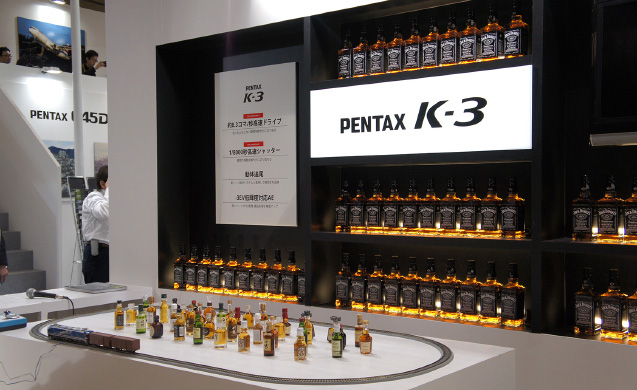 The Pentax K-3 stand was one of the key attractions of the Pentax/Ricoh booth at this year's CP+ show.  Even though the stand looked more like a bar than anything else, it did showcase the K-3 quite well: several demo cameras were lined up along the countertop, allowing visitors to try out the camera and point it at a test setup consisting of a trainset and small bottles.

Midday on Friday, the booth also staged a short performance:

The booth prior to the performance, with cameras on display: 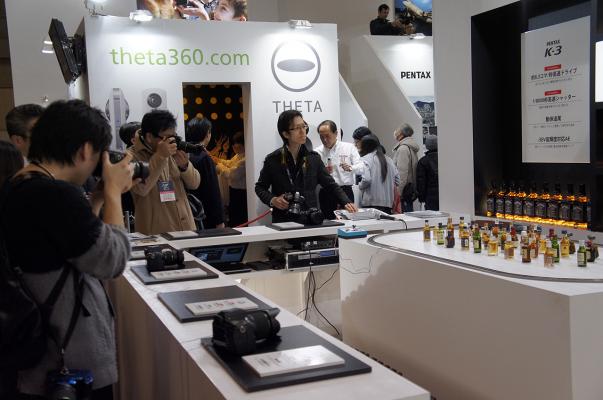 CP+ 2014 Interview with Pentax in Japan