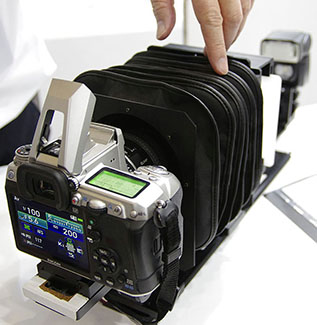 A film duplicator accessory was among the prototypes on display by Pentax at this year's CP+ show.  This bellows-like setup makes it easy to digitize film photos and slides using a DSLR without having to use any other external hardware or software.

It's no doubt surprising to see a film-related accessory being launched this far into the digital era.  This product does make a lot of sense, however.  Traditional flatbed scanners or even film scanners are slow and require you to use your PC to process and catalog the digitized files.  With this accessory, you can use your existing DSLR and macro lens to quickly digitize not only traditional 35mm film, but also medium format (120/220) film.  Before starting to copy a roll of film, you can adjust your camera and focus the lens so that the crop is perfect and you don't have to make any edits later on.  This gives you ultimate control without having to learn how to use a computer program. 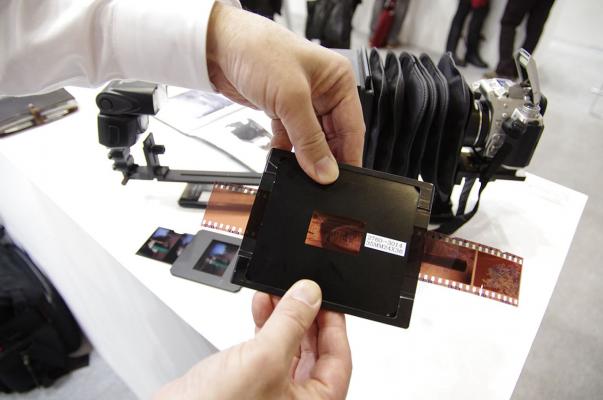 The accessory itself employs a rather simple design.  At one end, there is an adjustable sliding mount for your camera and lens.  At the other end, you attach a flashgun to illuminate the film.  The film itself sits in dedicated holder which does not require you to cut the strip.  The lens disappears into the bellows, which blocks out stray light.

While pricing and availability details are still unknown, we expect this accessory to go on sale later this year since we were able to get a complete demo of it in use at the show.  Click on any thumbnail below for a larger version of each photo:

1. The first step is to insert your film into the holder and align the desired frame with the opening. 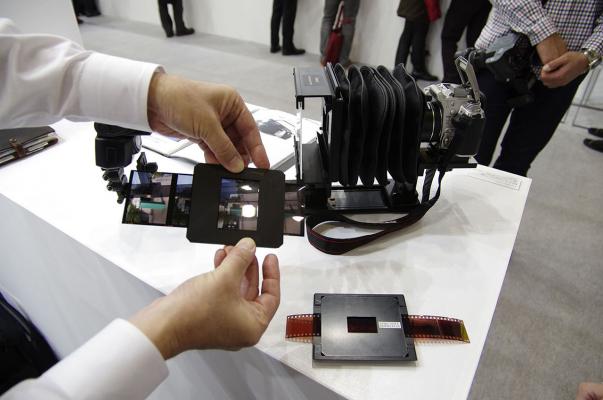 2. Next, attach the holder to the end of the bellows.  Below you can see a positive color slide being inserted.  If you insert a negative, you will have to invert the colors after taking the shot, which can be done when printing from a PC.  It is also possible to invert colors on the fly via the retouch menu in recent Pentax DSLRs. 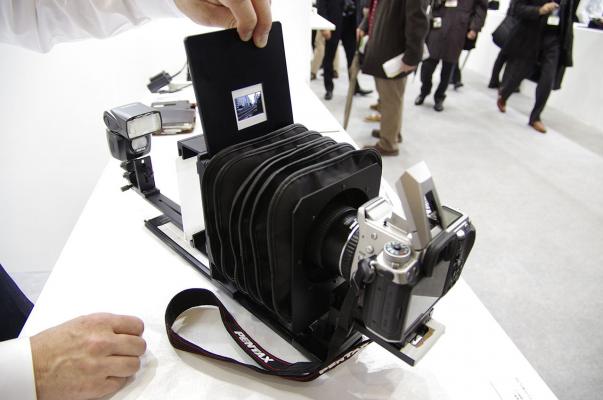 Here you can see what the camera sees: 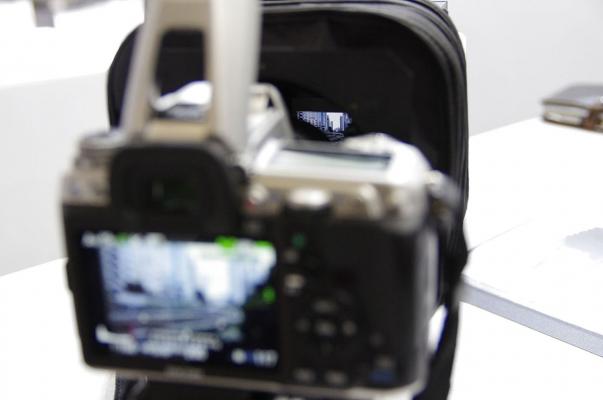 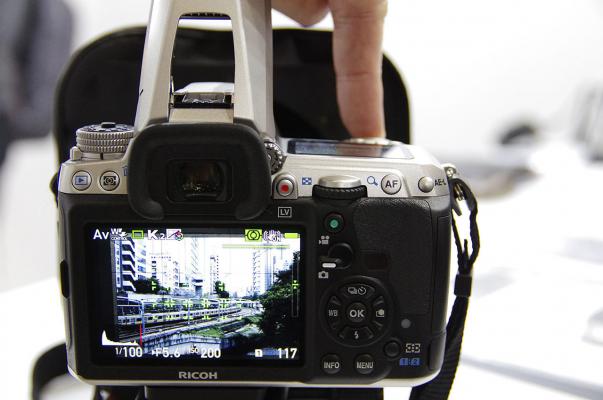 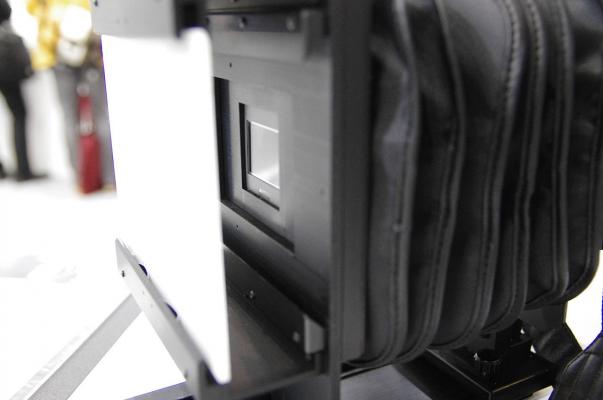 If the camera you're using supports wireless flash (all current Pentax DSLRs do), no cords will be needed to trigger the flash on the other end.  You can of course use Pentax or non-Pentax camera with the accessory. 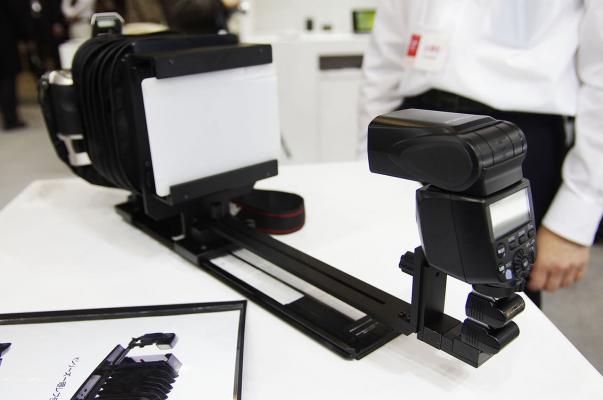 4. Finally all you need to do is release the shutter and the film photo will find its way to your SD card!

Below is a video that demonstrates the process from start to finish:

To conclude, do bear in mind that this was a prototype, and it will likely change slightly prior to official launch.