The new collapsible HD Pentax-DA / SMC Pentax-DA L 18-50mm F3.5-5.6 DC WR RE lenses made an appearance at CP+ 2015 alongside the Pentax K-S2.  Thanks to the various displays we've gained new insight into how this kit lens could be made so tiny! 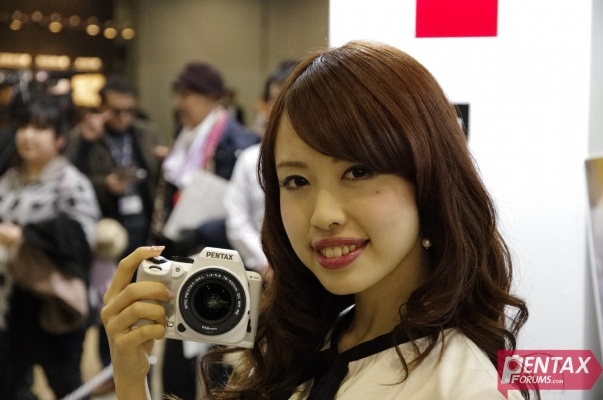 As you can see in the photo of the lens cut in half, when collapsed, there are hardly any gaps inside the lens.  Yet there stll manages to be room for an AF motor, electronics, and weather sealing!  Part of the secret is that the lens pushes the rear optical elements closer to the lens mount when collapsed. 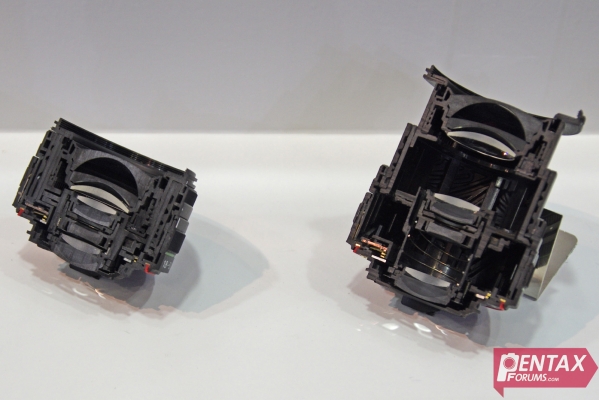 The result is an ultra-portable 158g lens that retracts to a minuscule size when not in use.  The collapsed length is only 4cm. When extended— even at 18mm— the new lens is actually longer than the standard 18-55mm WR by a hair.  It also sacrifices half a stop of light at 18mm and has 10% less reach.  Regardless, a compact lens like this feels like a very fitting addition to the Pentax K-mount lens lineup, and we are excited to see that silent focusing will start becoming the norm in Pentax camera kits. 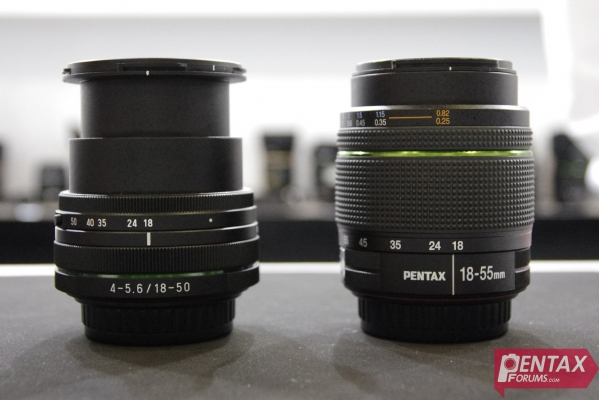 A cheaper SMC variant of this new lens will be available in Pentax K-S2 camera kits, while the more expensive HD version is available for pre-order as a standalone lens.  There are a few differences between the two versions apart from the coating: the cheaper variant does not include a lens hood and carries different branding.  Both have plastic mounts, weather-sealing, rounded aperture blades, quick-shift manual focus, and silent autofocus.

We plan on comparing this lens to the traditional 18-55mm kit lens once it starts shipping.