The Ricoh Imaging booth at CP+ 2016 placed a heavy emphasis on the recently-launched Pentax K-1. Today we take an even closer look at what's on the inside of the Pentax's first full frame DSLR.

Most of the technology inside the K-1 was either developed from scratch or updated specifically for this new body.  A special display case on the show floor allowed us to gain valuable insight about what's found under the hood. 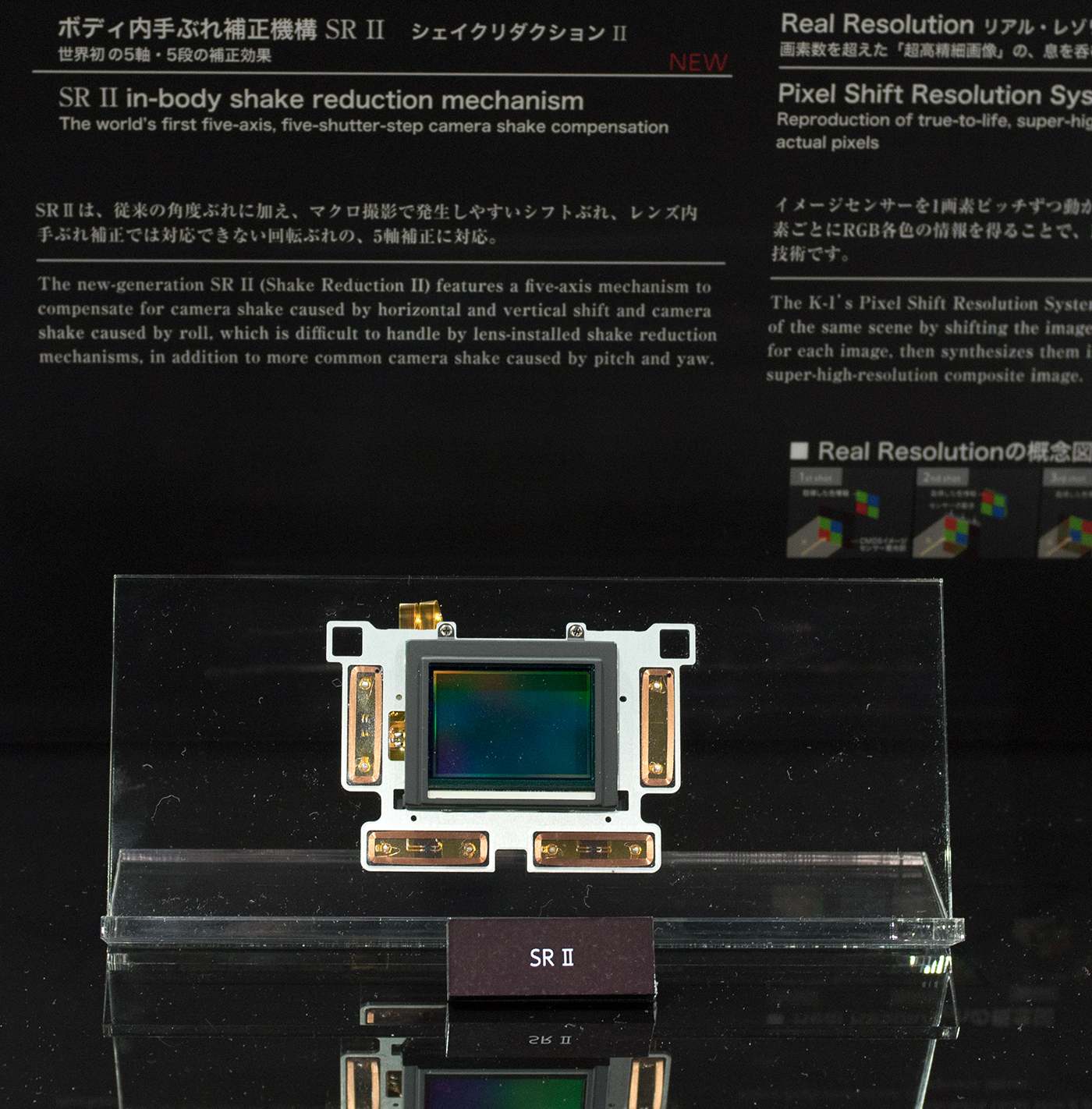 Perhaps one of the most exciting additions is the new five-axis Shake Reduction II (SR II) system.  In addition to offering an extra stop of compensation over previous models (up to 5 stops total), SR II compensates more effectively for camera roll.

Suppose that a photo would normally require a shutter sped of 1/500s to appear sharp; with Shake Reduction, it may well be sharp at 1/15s. 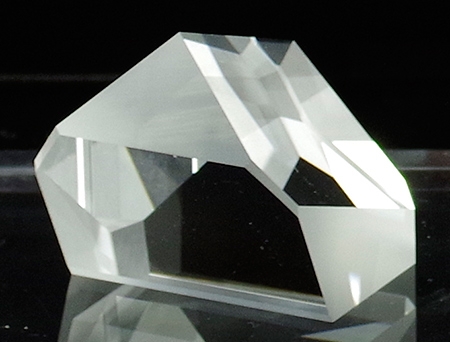 A larger chunk of glass is needed for a full-frame optical viewfinder.  The K-1's pentaprism offers nearly full coverage of the image area and the viewfinder image is almost twice as large as that of APS-C bodies (despite a lower magnification rating). 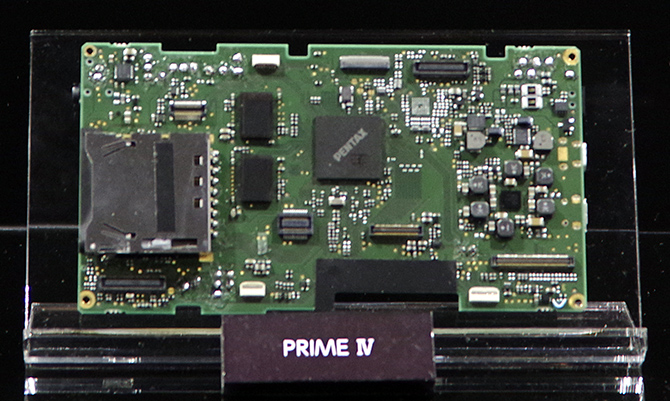 The latest-generation Pentax CPU is dubbed "PRIME IV".  It enables the largest-ever continuous shooting buffer in a Pentax DSLR. 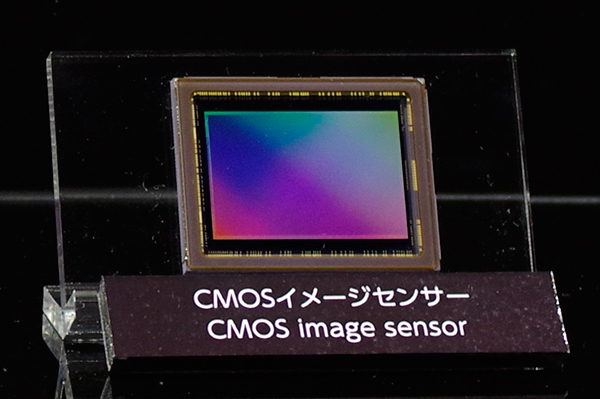 At the heart of the K-1 lies a "newly developed" 36.4-megapixel CMOS sensor.  Community sources suggest that the chip is manufactured by Sony.  The sensor supports an ISO range of 100 to 204,800 (the highest in its class). 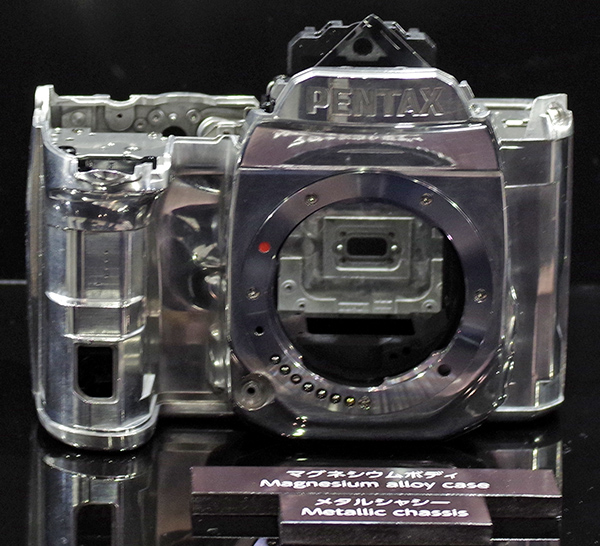 Expect the K-1 to be able to take a beating thanks to a magnesium alloy body, metal chassis, and weather-sealed construction.

The camera's rear LCD hinges are just as tough as the body itself.  These hinges have been designed to support the entire weight of the camera plus a reasonably-sized lens.  Of course, this isn't a typical use case, but the flexibility for a user to quickly grab the camera by the LCD could for instance save the camera from an unfortunate drop while in the field.

The shutter mechanism is another piece of hardware that must be re-worked for a larger image format.  Furthermore, the K-1 allows for flash synchronization up to 1/200s, an improvement over the previous limit of 1/180s.

All this shows that a considerable effort was put in to the K-1's development.  It's now evident why Pentax couldn't "just release" a full-frame two or three years ago. Even today, users will get a lot of technology for the K-1's comparatively low launch price of $1799 (USD).

If you're truly curious about how the K-1's many components are laid out on the inside, click on the thumbnails below for larger view.

Note the pink weather seals and the GPS/Wi-Fi antennas in the prism housing.

Click below for a larger version of this photo of a Pentax K-1 finely sliced in half.  It is shown along with the HD Pentax-D FA 24-70mm F2.8 lens.

Learn more about the Pentax K-1:

Follow these links to pre-order the K-1 (in the US) and support the forum:

Don't miss the pre-order giveaway if you do so.

All photos found in this article are copyright 2016 PentaxForums.com; publication elsewhere prohibited without prior permission.