Displays of everything from Pentax and Ricoh 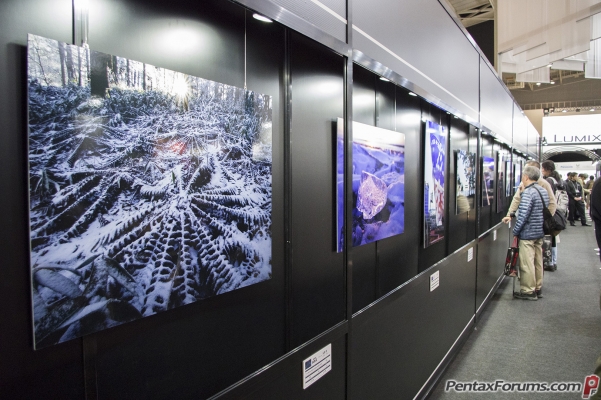 The 2017 CP+ camera show has now closed its doors, and we've reported on the new items on display at the Pentax booth and conducted our annual CP+ interview.  But what about the rest of the exciting products on display?

Let's take a look at pictures of everything from Pentax and Ricoh at this year's CP+.

Below is the second and final part of our 2017 CP+ Pentax interview.

In case you missed it, be sure to check out part 1 of the interview.

9 new lenses on the horizon

Each year, it's customary for Ricoh Imaging to release updated Pentax lens roadmaps either at a major trade show, or following the release of a new lens.  In 2017, there is a total of 9 new roadmapped lenses:

It's evident that in the near future, Pentax lens development efforts will continue being focused on the full-frame lineup, which is considerably more sparse than the current APS-C lineup.

At CP+ 2017, Ricoh Imaging unveiled a prototype of the D FA* 50mm F1.4 and announced that the previously-roadmapped wide-aperture short telephoto would be a D FA* 85mm F1.4.  As star-series lenses, both of these will be designed to deliver the best possible image quality.

A telephoto zoom lens (such as a 70-300mm) has been added to the roadmap, likely to offer a more compact and affordable tele option than the existing lenses.  Other planned lenses include an ultra-wide prime, wide-angle wide-aperture prime, and a fisheye zoom.

We had the opportunity to sit down with Ricoh Imaging at this year's CP+ show and conduct our annual interview about Pentax and Ricoh camera systems.  This marks the 6th Pentax Forums CP+ interview, and our 9th formal Pentax interview to date.

This year, our questions were met with unprecedented enthusiasm from the four (up from the usual two!) Ricoh representatives pictured above.  It's evident that Ricoh Imaging is listening to customer feedback more than ever before, and some exciting updates to existing models and apps are on the horizon— most notably sensor-shift video stabilization (more below).

Ricoh Imaging and the Pentax brand have a lot to be proud of.  Despite a declining DSLR market, the company has successfully kept the DSLR at the heart of its camera business.  Last year's K-1 full frame pleased Pentax fans worldwide and continues to deliver exceptional value to photographers who crave high image quality.  Ricoh's 360-degree Theta system became an Amazon best-seller and continues gaining traction worldwide.  Simultaneously, other product lines such as the APS-C system and K-mount lens lineup are growing with the recent launch of the Pentax KP and 7 roadmapped lenses, at least one of which is due to release later this year.

The annual CP+ 2017 photo trade show— which takes place just outside of Tokyo— just kicked off today (Feburary 23rd).  Being so close to home, this show is among the most important for Pentax and Ricoh.  This year, the entire lineup of cameras and lenses was on display:

Let's take a closer look at the booth. 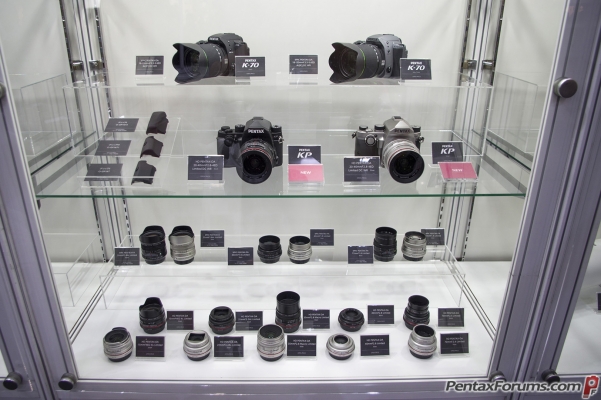 As the most recent Pentax product to hit the market, the new Pentax KP was the center of attention at the show.  This unique camera delivers the best in APS-C image quality along with a mix of performance, compactness, and value to revive and redefine the mid-range DSLR for Pentax.  According to Ricoh Imaging representatives, video improvements have been made to the KP, and soon both the KP and K-1 will have access to sensor-shift stabilization in video via a firmware update.

The KP started shipping today and is currently available with free overnight shipping at Adorama.

First-hand coverage of the 2017 CP+ camera trade show in Tokyo, plus an exclusive interview with Pentax / Ricoh Imaging.

I am housekeeping my Pentax gears. but haven't decided which brand to jump into. just need one push.

My patience is running out for an 85mm F1.4. Sigma seems to have dumped K-mount otherwise I would have gotten their 85mm 1.4 ART lens. I'm...

Fast approaching August 2017 and still no updates, news or even rumours regarding the road-map lenses for 2017 --- C'mon Ricoh! -

Too many cries around here... I am a Canon user (100D) because the camera was much cheaper, but there are no many APS-C prime lenses for it. Pentax...