9 new lenses on the horizon

Each year, it's customary for Ricoh Imaging to release updated Pentax lens roadmaps either at a major trade show, or following the release of a new lens.  In 2017, there is a total of 9 new roadmapped lenses:

It's evident that in the near future, Pentax lens development efforts will continue being focused on the full-frame lineup, which is considerably more sparse than the current APS-C lineup.

At CP+ 2017, Ricoh Imaging unveiled a prototype of the D FA* 50mm F1.4 and announced that the previously-roadmapped wide-aperture short telephoto would be a D FA* 85mm F1.4.  As star-series lenses, both of these will be designed to deliver the best possible image quality.

A telephoto zoom lens (such as a 70-300mm) has been added to the roadmap, likely to offer a more compact and affordable tele option than the existing lenses.  Other planned lenses include an ultra-wide prime, wide-angle wide-aperture prime, and a fisheye zoom. 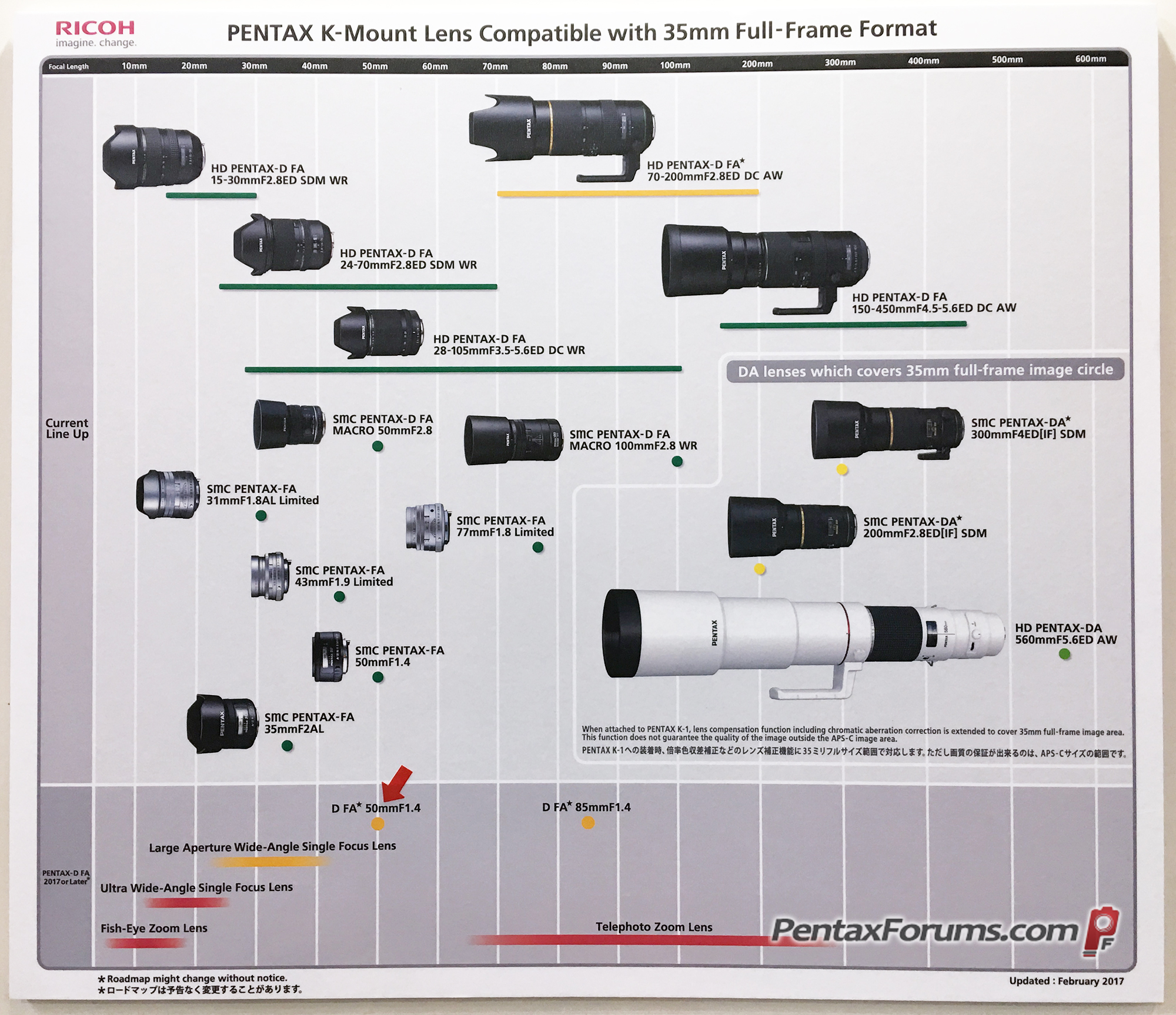 No changes have been made to the 645 mount lens roadmap.  Two zooms: a standard and a tele, are still planned. 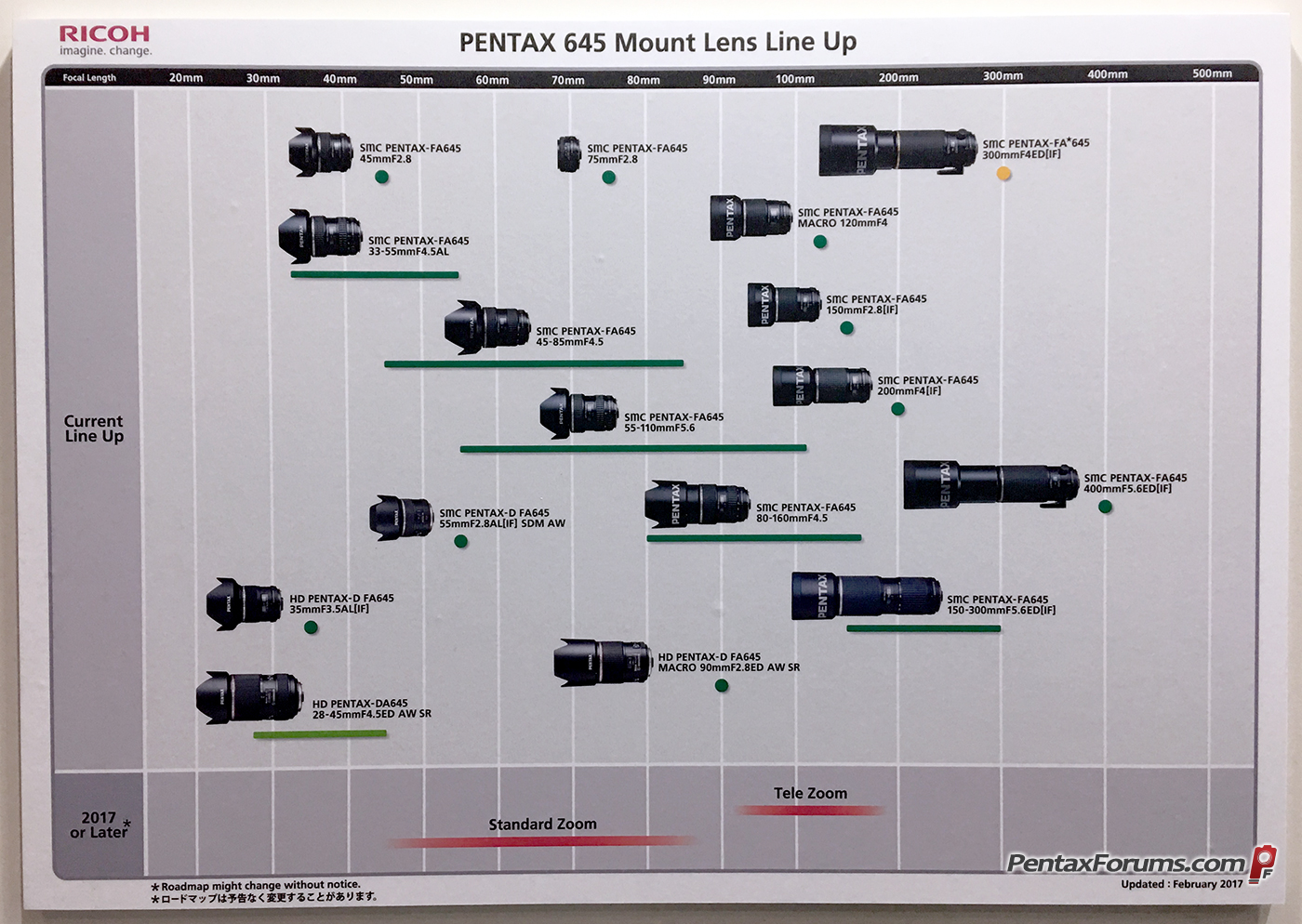 A wide-angle zoom such as a 12-28mm continues to be present on the roadmap, but no changes have been made since lasy year. 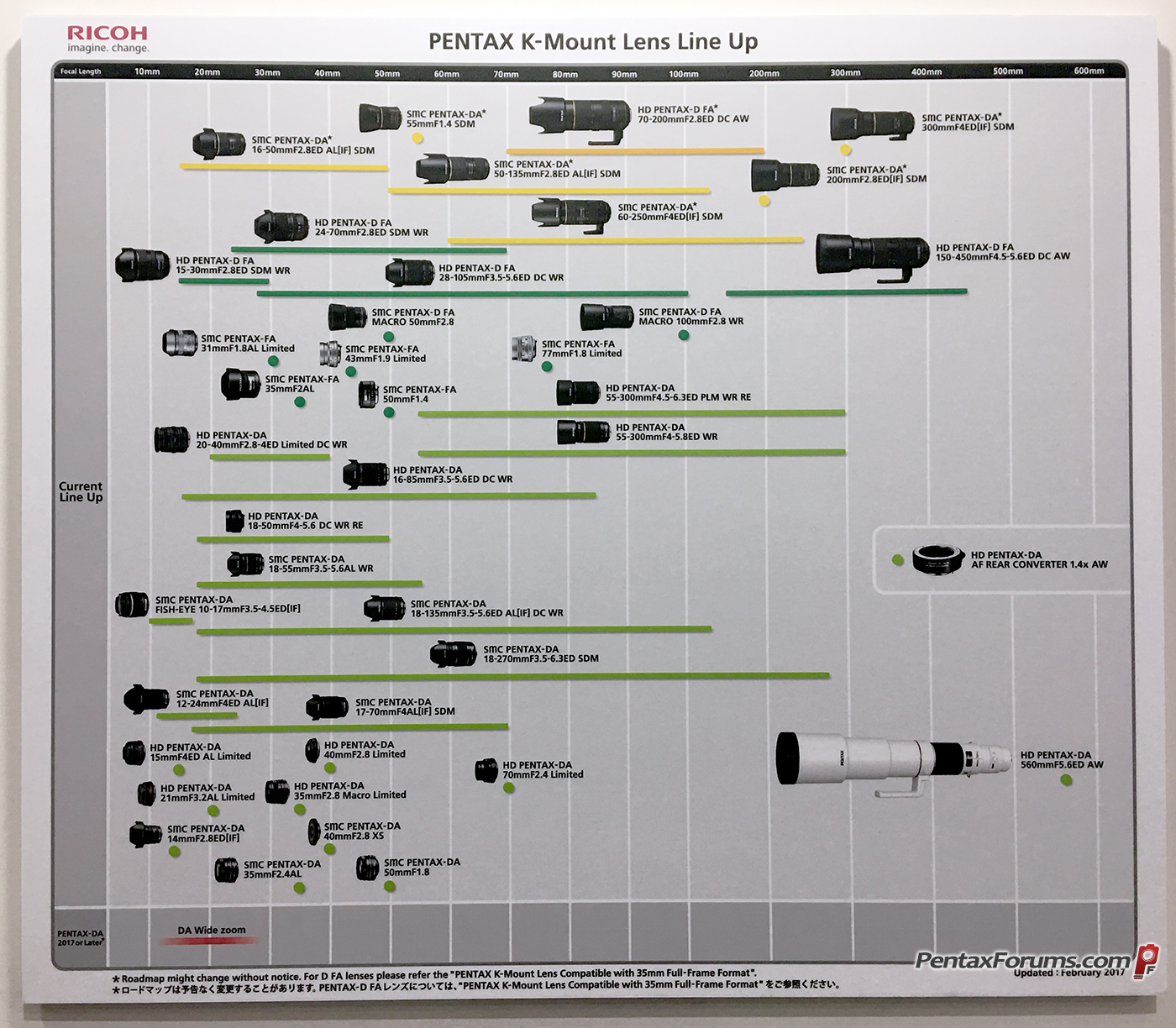 Development of the Pentax Q line is currently on hold.  The previously-planned telephoto macro has thus been removed from the roadmap.  The remaining lenses as well as the Q-S1 continue to be produced, but will not be available in the US. 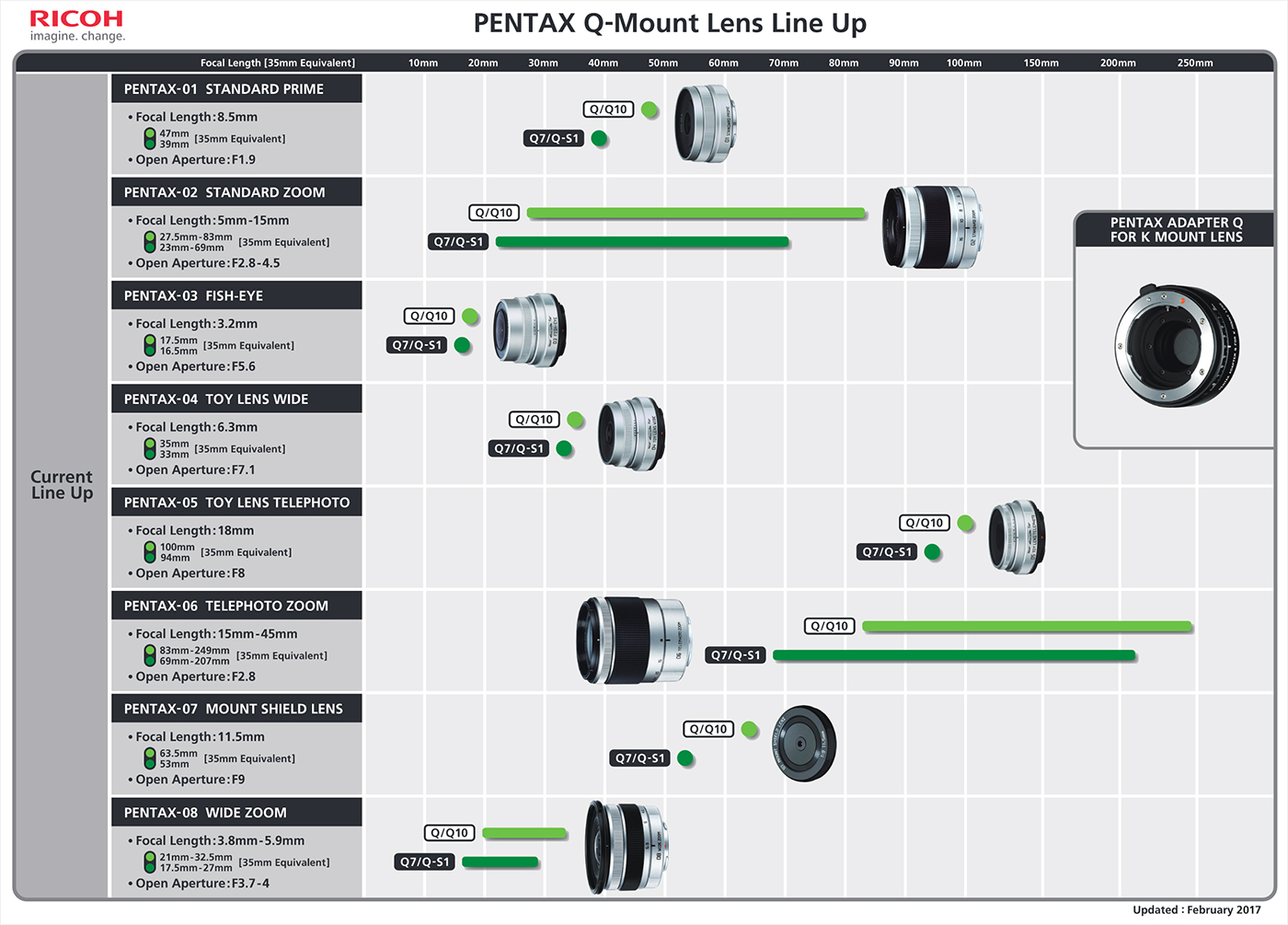