Ricoh Imaging has revealed that the previously-roadmapped full-frame "wide-aperture short telephoto lens" will in fact be a Pentax D FA★ 85mm F1.4— a classic focal length for portrait photography.

This high-performance prime lens will be launched as part of Pentax's star lens series, which only includes lenses with the best optical performance.  Further details about the lens are currently unknown. 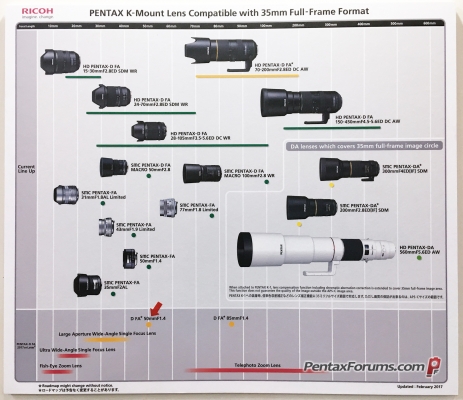 We wouldn't be surprised if both of these lenses saw a market launch by the end of 2017.