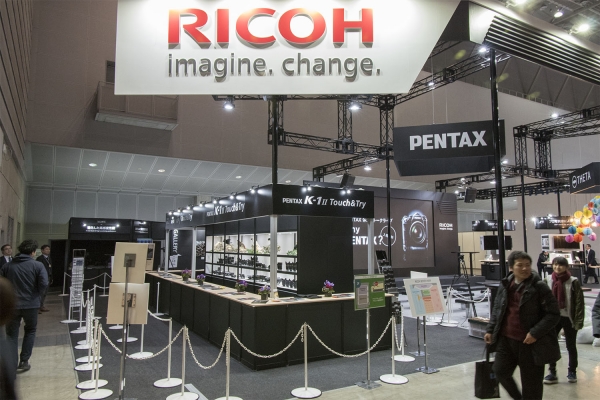 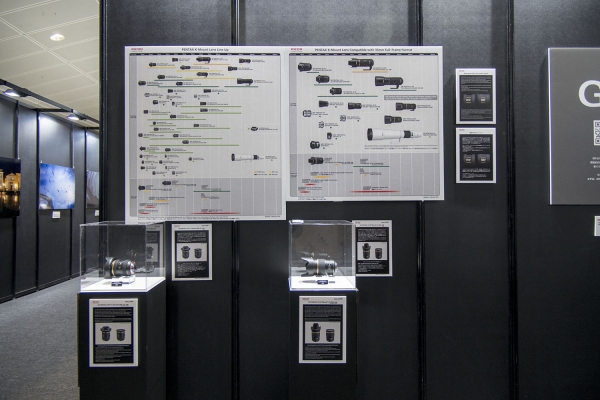 For the first time ever for a Pentax DSLR, a hardware update service is being offered to current K-1 owners.  This upgrade service essentially upgrades a K-1 with all of the features of the K-1 II.

Rather than replacing the top plate, the SR logo gets replaced with "II" badge, allowing an upgraded K-1 to be differentiated from the standard model.  This is shown in the photos below. 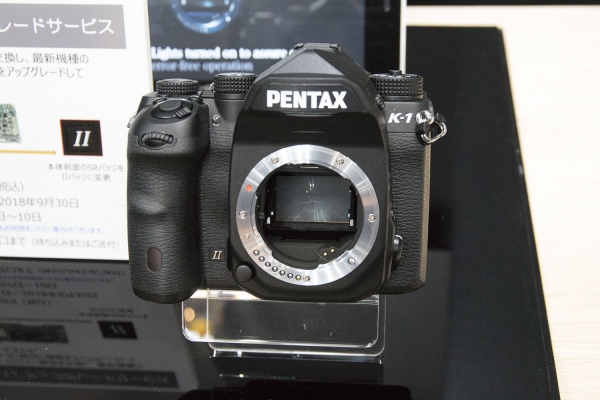 More general photos of different areas of the booth follow.

You may have noticed the GR logo above.  We've learned that Ricoh plans to "relaunch" the GR line as early as April, so GR fans may be in for a nice surprise.  Stay tuned for our Pentax interview and further insights from the show!