Even though Black Friday is late this year, it seems that Pentax deals this holiday season will be abundant.  In our most recent deal roundup, we've already observed dozens of record-low prices on both cameras and lenses.  In this post, we'll share some resources which will help you through the deal craze—not only to identify the best offers, but also to weed out "deals" which are in fact nothing special.

Your first stop should be the Pentax Price Watch forum.  This is where staff and members alike share deals; expect frequent updates, so you may wish to subscribe to notifications.

Next, our Deal Finder not only finds Pentax gear with the largest discounts (currently US only), but it can inform you whether or not a price is at a historical low (or below average).  In addition, this page lets you subscribe to e-mail price alerts, which will automatically notify you if a price of a specific item drops below a threshold that you specify. 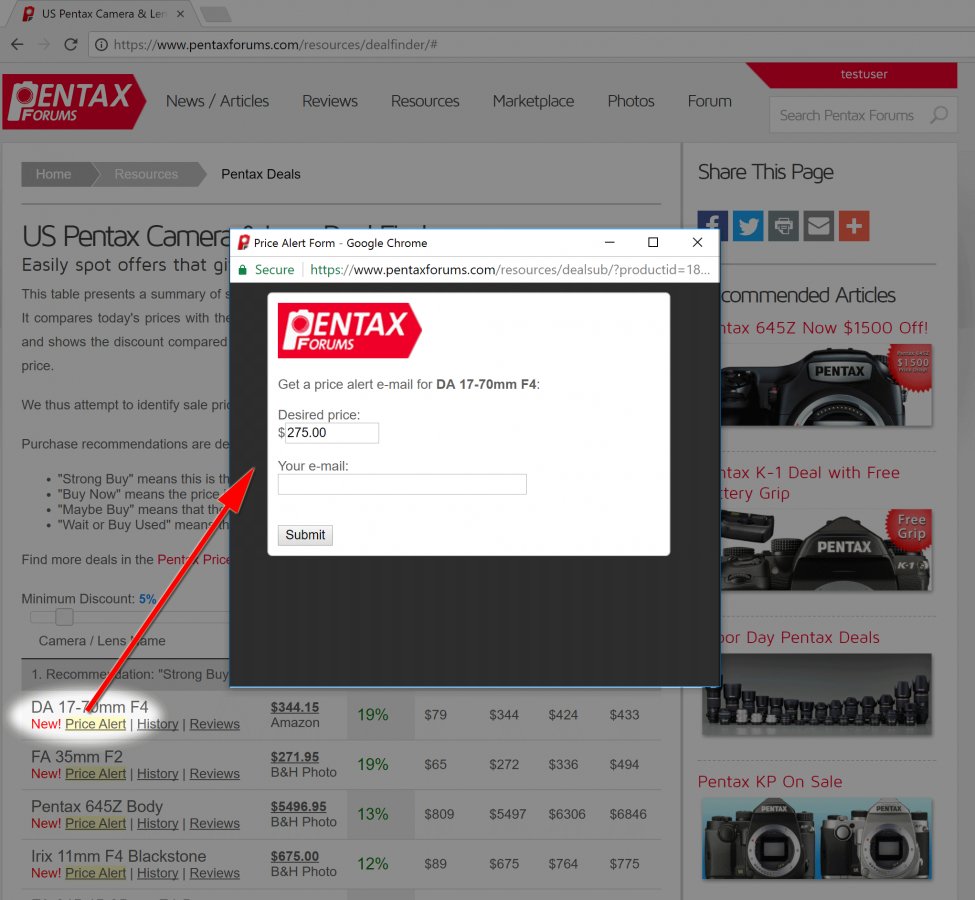 Lastly, our staff members will post the most noteworthy deals on the homepage, such as the current rebate on the Pentax K-1 II.

We currently have two of our own Black Friday specials which are not to be missed:

Amidst the deal craze, don't forget that our November giveaway, which celebrates the 100th anniversary of Pentax, ends in just a few days.  This is an easy way to get a chance to win one of several cameras and lenses.

A December edition of the giveaway will launch promptly on the 1st of December.

If you want to add some gear to your kit this holiday season but aren't exactly sure what to go for, check out the lens finder.  This tool allows you to quickly browse Pentax and third-party lenses based on specific criteria.

For deeper digging, you may also be interested in our in-depth reviews and gear databases.

With the relatively low amount of new Pentax gear that was introduced in 2019, we expect this holiday season to bring many more special offers than the past few years.  We look forward to bringing you detailed coverage as deals go live!