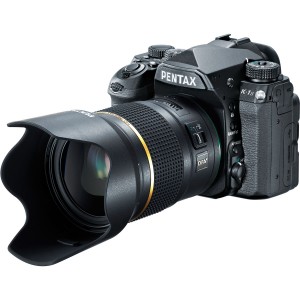 Welcome to the final debrief for our 2021 Pentax Lens Tournament.  For the quickest overview of the tournament, we invite you to watch the video below:

Per our tournament results, the HD Pentax-D FA* 50mm F1.4 lens is the new Best Pentax Lens of All Time, dethroning the FA 77mm from our 2014 Lens Tournament.

This means that we will be giving away a copy of the D FA* 50mm in April.  Stay tuned for details!

Unlike the 2014 tournament, which was largely a popularity contest, the 2021 tournament featured blind voting in which each lens was judged based on several photos taken by forum members.  When evaluating pairs of photos, voters were not aware of the lens used.

Of course, no tournament is perfect: there is more to a lens than the photos it is can take, and some lenses had more photos than others.  However, we hope that this tournament has offered an interesting perspective on the current Pentax lens landscape.  We are positively surprised by the stellar performance of recently launched Pentax lenses—in particular the winning 50mm, which was designed by Pentax as part of a new series of ultra high performance primes (together with the D FA* 85mm).

In total, we saw 252 lens nominations in this tournament- 137 of which were made for the 20 top lenses which subsequently became finalists.  Interestingly, no third-party lenses ended up becoming finalists. More details on the nominations can be found on the forum.

We have now made all 252 nomination entries public in the Post Your Photos forum. Feel free to leave a comment for your favorites! We would also like to congratulate the users who took the top-ranking photos.

Stats for the 136 photos taken with the 20 finalist lenses can be found below (there are 136, not 137, because 1 photo was disqualified for including a caption with the lens name). Click on any thumbnail to enlarge:

To learn more about the D FA* 50mm, please see our in-depth review.  Stay tuned for the giveaway in April!

Vote Now: There's something special about that lens