K-01 demo, product questions, and the booth itself

We're proud to present some footage from last week's CP+ show featuring views from the Pentax booth and a few questions about the K-01 and the new 560mm lens.  In the video, you will also see footage of the entire Pentax lens lineup and a live K-01 autofocus demonstration.

We are also currently working on completing the video of our exlusive interview with Hiraku Kawauchi of Pentax, which took place that same day.  We expect to have the full interview up on Thursday, so stay tuned for insight into future Pentax products and plans! The transcript will be published together with the video, rather than separately as previously announced.

Among other things, this video confirms the recent rumor that the SMC Pentax-FA 35mm F2 is still available and being produced! 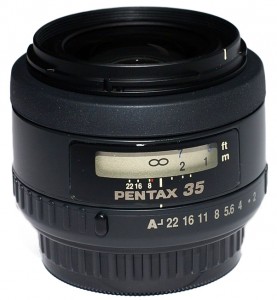 Special thanks to Albert Siegel for shooting this video as well as the interview, and be sure to check back soon for more on the K-01!