"It's good to be FEARLESS" 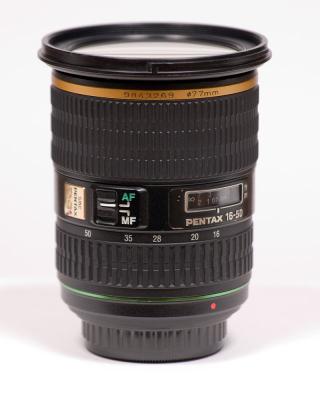 Forum member Heie has just posted a giveaway photo contest where you could win his storied copy of the SMC DA* 16-50mm F2.8 lens! Essentially, this is a contest where photo or video submissions must accompany a written portion.

Unable to just sell it off, Heie decided to give it away in this format because of all the history they shared together. In his words, his DA* 16-50 "has come running with me. It has been rock climbing with me. It has shivered under countless showers. It has been entirely submerged under the talcum-like contents of an Afghan sandbag. It has deployed to Afghanistan for an entire twelve months. It has taken part in combat operations in Afghanistan. It has seen and captured the tears of Afghan schoolboys being handed humanitarian aid in the form of backpacks, school supplies, and Beanie Babies. It has honed its aperture to the emotional crumbling of warriors during a memorial for their fallen brethren. It has shot true despite tears making the viewfinder blind to what lay through the other side. It has witnessed the withering light that is the hope of some of Afghanistan's own weathered and tired veterans of wars lasting lifetimes. It has survived the Kepler and Rakiura Tracks of New Zealand, as well as her fiords' waterfalls from being forced to go directly under them."

We expect to see some great submissions for such a prize, and we hope to see yours too!

Click here to the contest page for more details or to submit your entry!

The 16-50mm is one of the most popular premium Pentax lenses.  For more information on this lens, please read our in-depth review!