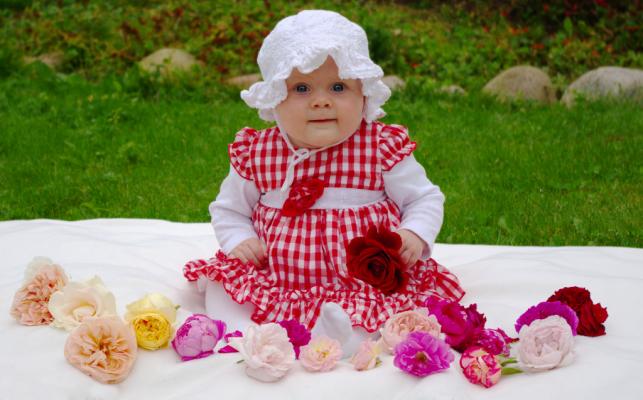 ”With the right choice of varieties, creating a frost-proof rose garden is child’s play"

I am just a hobby photographer. I doubt I will ever make a living from my photography. All the same, there is a huge satisfaction in being able to produce something from your hobby that others consider worthwhile, and there is also the issue of financing my hobby. So, these two considerations make me very happy about the freelance photo jobs that I do manage to land now and again.

This time I had been asked to supply photos for an article in a gardening magazine about how to grow roses in Denmark, where frost in spring poses a problem. I visited the garden of the journalist several times, and photographed all the pretty varieties of roses that he pointed out as relevant. I also took “landscape” type photos of the garden, and in the end we had quite a selection of rose photos. But the editor was asking for something a bit catchier as the opening photo for the article.

Incidentally, I was on maternity leave with my new daughter this summer. To my (entirely objective) eye, there couldn’t be a catchier motif in the world. In August she turned seven months, just old enough to find roses highly interesting, so I brought her to the rose garden. We went in the afternoon, low sun on parts of the garden and shade in other parts, and I brought my Pentax K-5, a sturdy Manfrotto tripod, a remote control and my SMC Pentax-DA 18-55mm F3.5-5.6 AL WR. Not a very impressive lens, but I needed the flexibel focal lengths, since I had to fit a baby into a crowded rose-garden, and I couldn’t predict the exact conditions beforehand. Anyway, in well-lit outdoor situations I find it performs very well. Now, getting a seven-months-old to pose among rose bushes is NOT an easy task. She was very mobile, not aware of the existence of thorns, and (we discovered) quite into eating dirt if given half a chance. I wanted just her and the roses in the frame, and even with the remote control it proved nearly impossible.

In the end, I enlisted the help of my husband. I convinced the journalist to sacrifice a head of each of the rose varieties that he mentions in his article, and arranged them all on a white blanket within view of the rose bushes, but out of reach of the thorns. After carefully arranging the flowers, I set up the tripod, used the TAv-program (very often my favourite), settled for a shutter time of 1/160 (because she does NOT sit still enough for anything slower) and the maximum aperture at 55mm of f5.6 (This allowed me to be far enough away that she did not immediately go for the tripod, and also, the angle at 55mm is more flattering for something that is nearly a portrait). This gave me an ISO of 200-320, depending on the movements of the clouds. The final shot is taken at ISO 320.

With everything ready, I instructed my husband: “When I sit her down, I will give her a rose to hold. She will immediately begin to eat it. Your role is to distract her from eating the rose, and make her smile and sit still long enough that I can get the shot I need!”

It must have been quite a sight. At the count of three, I set my daughter among the roses, and jumped back to the tripod. My husband, meanwhile, was jumping, doing summersaults, yelling, singing and waving his arms behind me. And it worked!

Maybe, knowing the story, her expression is a bit incredulous. Like she might be thinking: “I wonder if all grownups are this mad, or if it’s just my parents”. But the editor was happy!

Post processing was rather minimal. I always check the white balance in rawtherapee, but in this case found it flawless. I softened the contrasts ever so slightly with the curves tool, and did an unsharp mask with a radius of 2, amount 50%, threshold 0, and cropped a little off the top and bottom to better draw the eyes to the spread of the rose varieties on the blanket.

Like most of my photography, it was a bit hectic – limited time to make the right decisions, and a good bit of luck involved. But luck as an artistic tool should not be under estimated: In my experience, photography is often about finding the right conditions to maximize your chances of getting lucky.