I was looking for some place that I could make use of my newly acquired Pentax K-5's low light capability. Just by chance I stumbled upon a amateur rodeo taking place not 5 miles from my house in Texas hill country. 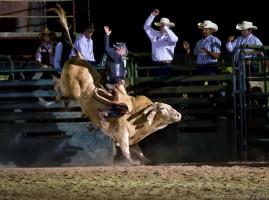 The rodeo started at 7PM and it got dark very quickly. There were flood lights, but they were not very bright. I knew that I needed a high shutter speed to stop the action.  I put on a Sigma 70-200 mm lens, set the aperture to 2.8, the focal length to 200 mm, and cranked up the ISO to 6400. That seemed to give me a shutter speed of about 250. It would, I figured,  be barely enough to stop the action. I was hand holding the shot, but I was able to rest my elbows on the fence. The image stabilization that was built into the camera body might just give me the extra sharpness that I was looking for.  I knew that I could get a faster frame rate if I shot in JPEG, but I decided that RAW would give me more latitude in later post processing. I used an after market camera base with a second battery. I have heard that I could get a faster response with it, but I have never been able to figure out if it is really true or not. Still it would not hurt my chances, and the vertical grip helped to steady the shots.

For each rider I shot a series of two to four shots.  I was hoping to get that one action shot that told the "rodeo story."

When I got home it was well after midnight, but I loaded all my photos into Lightroom 3. Image after image filled my screen. By about the 50th picture I was getting a little discouraged. There were some very good shots, and most were pretty sharp, but each one had something wrong with it. Sometimes the bull was in focus, but the cowboy wasn't. With others it was the reverse. Then all of a sudden there it was. It was the perfect shot. 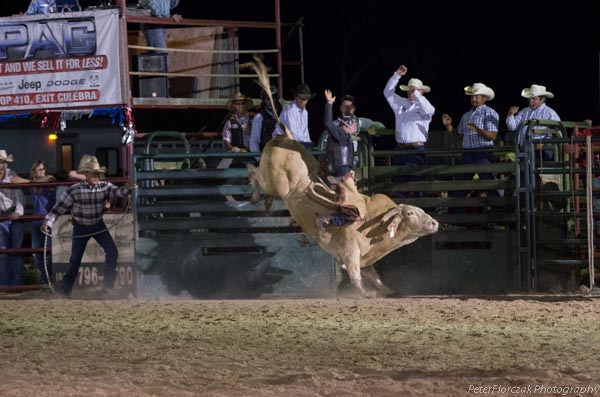 I started at the top of the Lightroom sliders by adjusting the Exposure and worked my way down. When got the Clarity slider, and boosted it a little I knew I has something good. Still I thoughts that it need just a little more so I opened it in the NIK Viveza 2 software plug-in. Using the NIK U-Point technology allowed me to add just a little bit of Structure to the bulls fur and gave me just what I wanted. Then I noticed that the bull riders head conflicted with one of the cowboys behind him so I opened it in Photoshop CS3 and using the Burn Tool with my Wacom Bamboo tablet and pen I darkened the offending cowboy till he was completely gone. There it was.  I saved my final photograph and opened it in Lightroom. One more round through the sliders and I was done. 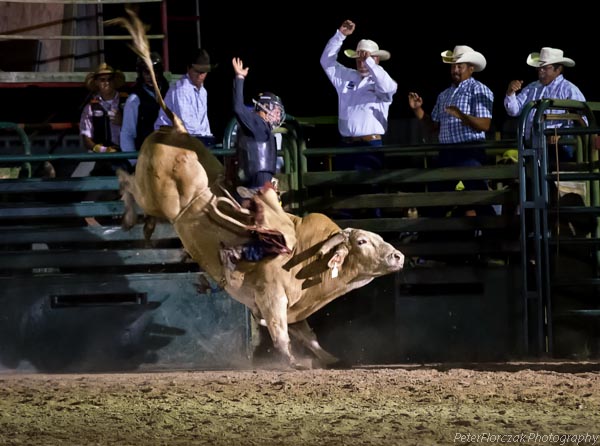 Exhausted I hit the sheets still seeing my perfect rodeo shot dancing in my head. My last thought before I fell asleep was, "I love my Pentax K-5!"

The Making of Flamingo Paradise