I would like to share this photo of the Budapest Chain Bridge with you all. There are two main reasons why I really love this picture. First, I love Budapest, always have, and I have always had a soft spot for this gorgeous structure. The second reason is, simply, because this was the first image that came out exactly as I had imagined it in my head before the shoot, and is also the first image to have gotten serious praise even from pro photographers. So without further ado, the image: 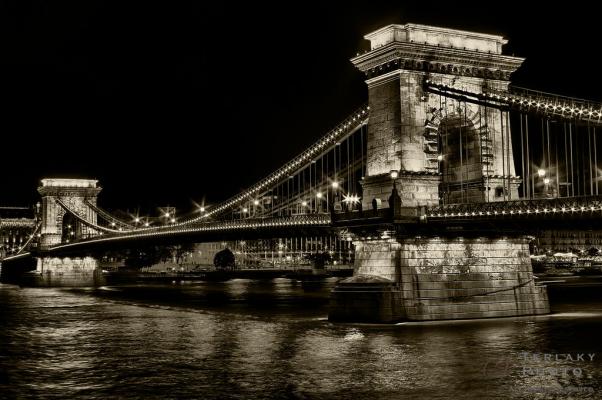 I set up the camera and tripod on a small ledge on the edge of the Danube river North of the bridge on the Buda (West) side of the city, and faced the Pest (East) side. After some trial shots I determined the correct settings for the shot. This final image is the result of HDR combination of two shots. Both shots were f9, ISO400, 52mm, and the exposures were 4s and 0.5s.

Here is one of the images (1/2 s exposure) before processing SOOC: 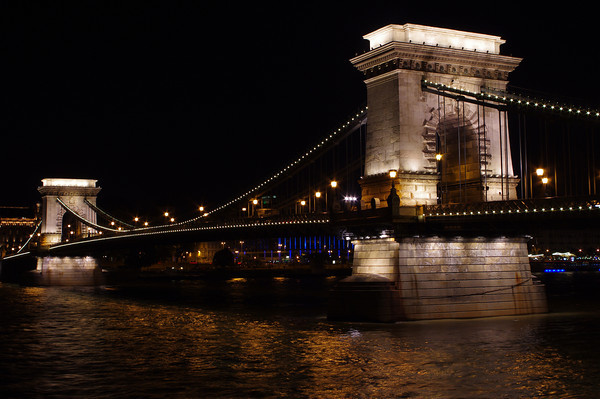 First, the two RAW files were imported into HDR Efex pro, combined and settings adjusted until I had the desired result. As you can see from the original 1/2 s photo above, there was in reality very little merging and compression needed, only some locally to pull up the buildings in the background. Next, I wanted to make the image into greyscale, and for this I prefer to use PS6 (it has great control over all colours and their ranges). So the image was desaturated in PS6 and colour cast applied. The final step was some minor sharpening, and cleaning up/smoothing the dark sky.

In the end this is exactly the image I was looking for. If it wasn't for the dynamic range limitation of the sensor this could've been accomplished without much post-processing (only desaturation and minor sharpening would've been needed), but since the range was too much for the camera I needed to use some minor HDR. It was a slightly challenging shoot, but in the end a very rewarding experience. I hope you enjoy the picture as well as the story that goes with its creation!