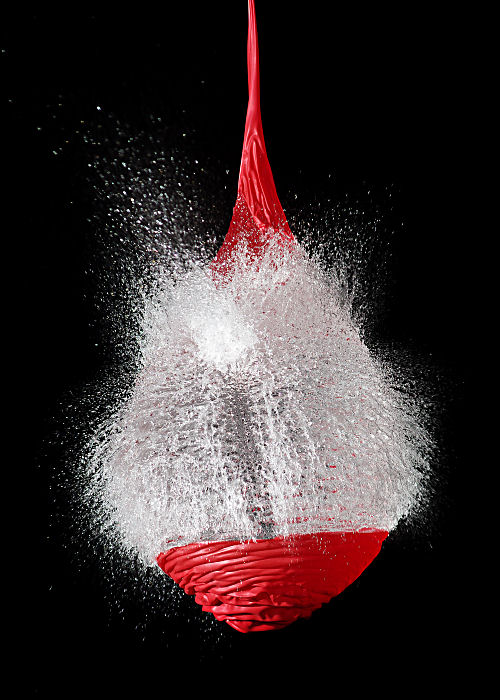 Read on for the technique used for this photo!

This shot was done at night in my backyard.  I hung a water balloon from a string with the flash in close proximity on auto setting for a large aperture to give a flash of short duration.  A few test shots were done to set the aperture for exposure.  The camera was then set to 10 second auto timer. Next, the pellet gun was placed in the vise about 20 paces away and aligned with the target balloon using the laser sight.  The laser was then turned off so as not to be shown in the photo.  To capture the balloon burst I pressed the shutter release, walked to the pellet gun, waited to hear the shutter release, and then pulled the trigger.  The sound of the pellet gun discharging triggered the flash and made the exposure.  I hope you enjoy the image.

The making of "Cows"