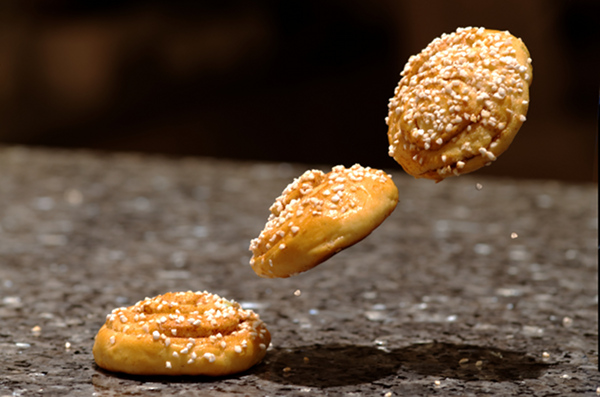 I had been wanting to shoot something creative for some time. When I came home one day to find that my daughter had baked cinnamon rolls, I knew I had found my subject. I picked this image because it represents the fun you can have in your own house using just ordinary household objects and techniques of a relatively manageable complexity level. My aim was to use some compositing to make the rolls fly and get some feeling of action. I think the result turned out quite well. Why? Because everyone I've shown the image to has asked me questions like "How did you throw them?" or "How many rolls ended of on the floor?".

The image is composed of two separate images + some cloned parts added for increased effect.

Since the images were to be composited, it was important that the camera position didn't shift between the shots, so a tripod was used. For lighting, I just used the existing ceiling spots. F/5.6 was used to allow the entire rolls to be in focus, but because of the short distance the background is still nicely blurred out. The cinnamon particles on the surface are quite small, but since the Sigma 105 mm macro is very sharp they are still nicely depicted. 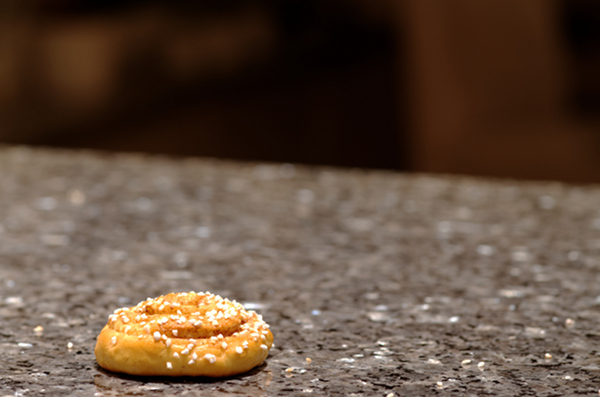 Two additional rolls were put on a wooden skewer with a bit of twist to make them come alive a bit. While keeping the first roll as stationary as possible, the skewer was inserted into roll #1. The other end of the skewer was resting on a cereal box or similar package. 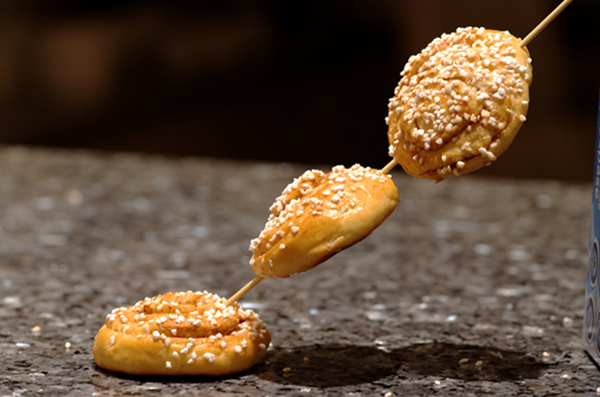 The images were shot in RAW and converted in DxO Optics Pro 7. Unsharp mask was used to increase the sharpness and the overall RGB curve was adjusted to push the highlights/shadows to their respective end of the histogram. The color vibrance option was used to push the color saturation and make the buns look a bit more delicious. It's important that the image images match up in the following compositing step. Therefore, once done with the adjustments the settings used were copied from one image to the other.

GIMP was used for this part of the work.

3. The mask was painted with black in the areas to be removed from image 2. This removes the areas of the skewer + also a thin part of the package that wasn't supposed to be captured. Note the gradient used around the top-right part. That was necessary to get a natural transition between image 1 and 2. Since the background is lit by the outside ambient light, this also meant that as there is some time between the shots, the incoming light was not constant. I didn't notice this until the compositing started. 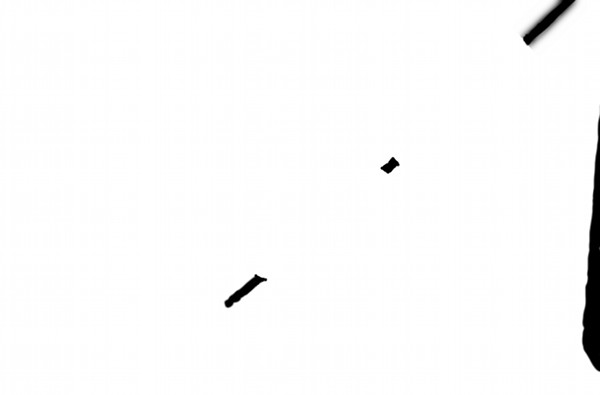 4. After applying the layer mask, the result looked like this: 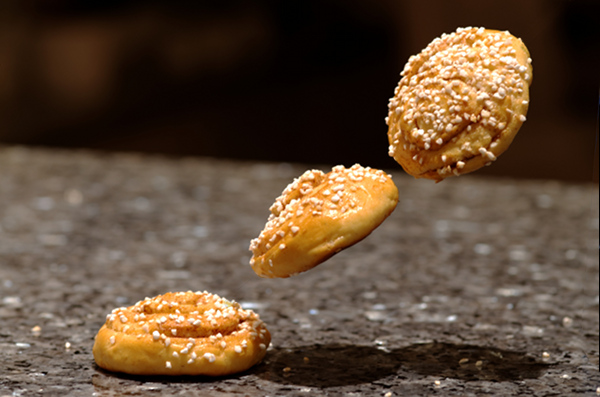 5. The rolls look nice, but there is no feeling of any action. Since there were already some pieces of sugar laying on the table, it was natural to also add some sugar "dropping" from the rolls. I did this by cutting out a piece of sugar from the middle roll and trimming its edges to remove the yellow tint of the bun. I also made it a bit darker to make it appear as if it's in the shadow below the rolls.

6. To save time I reused the same sugar grain and just added a couple of rotated copies

This is the finished sugar layer 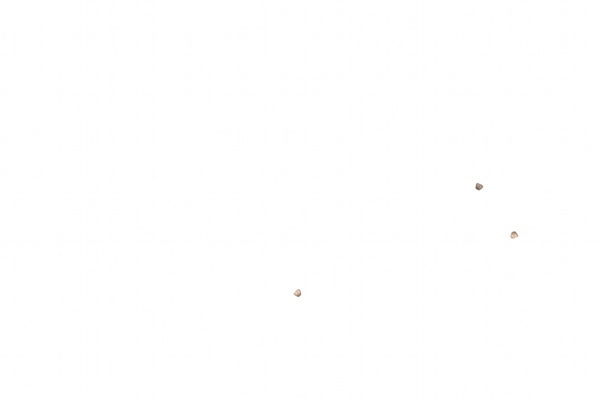 7. After that, some minor blurring and dodge/burn was applied to make up for remaining differences in lightness between the image layers.

8. Again, this is the finished result: