Back in April of this year, I left for work a little early in hopes of snagging some great fog before starting my night shift. Alas, there was no fog to be had that night. So, I decided to make my own. 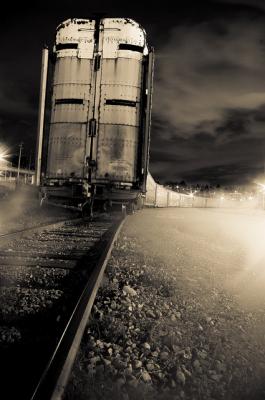 To create the fog effect, I took two shots with identical settings. The first shot, I used my breath to fog up the filter in front of my camera lens. I must admit, this technique was not entirely my own creation. I had read about it previously on this forum but, for the life of me, I can't find the original article to properly give credit to its author.

For the second shot however, I removed the steamed up filter and repeated the shot under identical camera settings. This technique is a bit unique from the original fog technique that I had read about. By using Photoshop to mask the artificial fog over the unfogged photo, I was able to precisely choose where I wanted the fog to be. Here are some pictures to help you visualize what I'm saying. 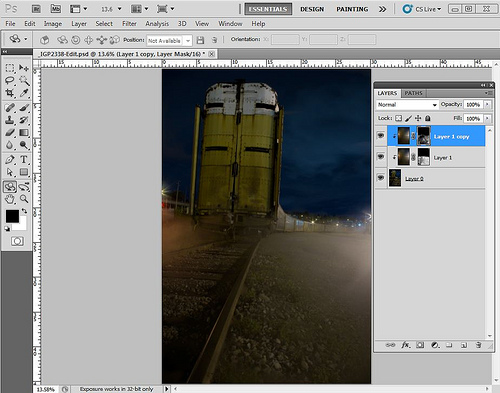 After I finished masking the fog into the photo with Photoshop, I exported the edited copy of the photo to Lightroom 3 to apply a duo-tone effect and process in B&W.

A fairly simple trick that I wouldn't have been able to create if it wasn't from inspiration I had already drawn from this forum. Pretty neat how, when we all interact, we can get some pretty neat ideas, eh?