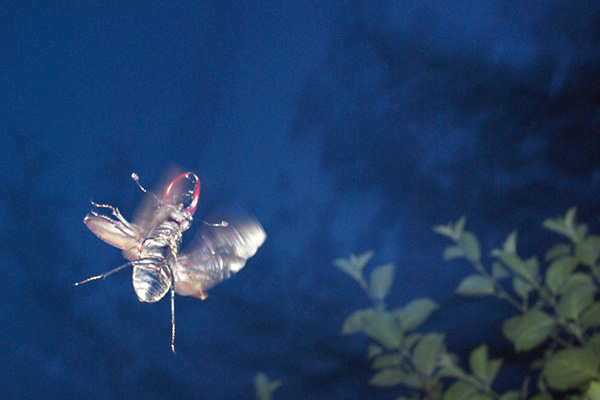 First I have to say that due to my photographic greenhornship, I do not have my own style or technique yet. I shoot everything that is not sensible enaugh to hide before my camera. I am one happy shooter. This fact has made choosing the picture for the competition harder. I have lots of inconsistent shots with different themes (and quality), but I am not sure if any of them really stands out. Threfore I have chosen the one I like the most for the memory of the moment (but which is not a sentimental family portrait or something like that).

So here is the story!

It happened early this summer (acually the first summer day, if I recall correctly) at a weekend house near Zbraslav in the Czech Republic. The house is situated nearby a Celtic oppidum called Závist (meaning “Envy“),which sits on an eponymous  hill. I like the surrounding nature, so I never forget to take a camera with me.

It was a warm evening and we were spending it outside with my girlfriend, thinking how to celebrate the first summer day, when a large flying something droned above us. And another. And another. Shortly we found ourselves in the middle of a stag-beetle mating! I have seen a stag-beetle only few times before and never a flying one (they are quite rare in our country).

I ran quickly inside the house and grabbed my camera. I had a Pentax K10D with a SMC Pentax DA 35 F2.4 AL with me. It was almost dark and I decided I must have a picture of a flying stag-beetle. I struggled with those awesome critters for quite a long time before I found out the best way to capture them – on a camera – I did not want to interfere in their act of love. I set my camera at 800 ISO. I did not want to go higher with a K10D in low light. I closed the aperture down to F16, because I needed a large DoF - I did not know how far away from the lens the subject would be when I fired the shutter. I used the camera’s built-in flash (unfortunately, I did not have an external with me), set it on synchronisation with long shutter speeds (on first curtain) and set the shutter speed manually at 0.8s (I needed some motion blur of the wings and did not want a completly dark background). Then I was running around the garden like crazy and fired my camera at the mating-crazed creatures. Only one of the pictures came out as I wanted. But that makes it even more special to me. My only regret is that it was shot in JPEG, not RAW.

I did some minor postprocessing in Photoshop. The picture was slightly cropped, colors, contrast and brightness were adjusted a bit. It looks quite nice printed on photographic paper.

I know that it is not a photographic masterpiece and the IQ of the K10D in low light is not that good, but as a capture of a moment it works for me.

Shooting a Kangaroo with the K20D