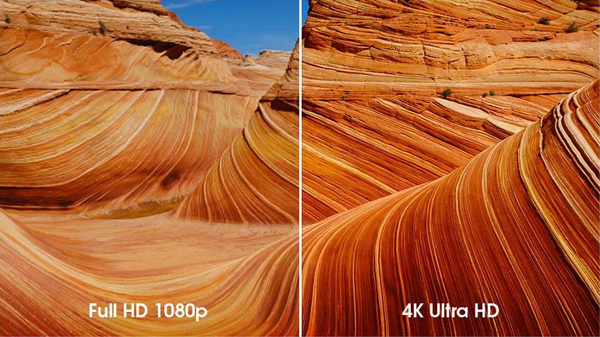 4K technology has made a big splash in the video world over the last two years or so, trying to establish itself as the new cinema standard. With crystal-clear pictures coming out of Hollywood, it's left a lot of independent filmmakers and videographers wanting access to the same kind of resolution. Though the Red One is still considered the best in the field for 4K resolution, unless you have a budget of over $20,000 it might be out of your reach. However, a whole host of great options have sprung up covering a range of budgets and accessibility as manufacturers jostle each other for a position at the 4K table. Take a look at some of the most popular.

First of all, why should you care about 4K technology at all? 4K is the next step up in resolution, delivering four times as many pixels as 1080 Full HD, with a resolution of 4096 x 2160 (8 megapixels) compared to 1920 x 1080 (2 megapixels). You get greater detail, textures, clarity, and depth in your images. Take a look at a comparison between a 4K image and a Full HD image at the top of this article to see the difference!

Unless you have a 4K monitor you won't be able to fully appreciate Ultra HD, but you will still be able to see a difference thanks to the extra sharpness and additional resolution in the 4K image.

For video, 4K is swiftly becoming the standard, and is not a technology that can be ignored. Aside from a higher picture quality, it brings a few other benefits: if you're a professional videographer, sooner or later, your clients will start asking for 4K (if they haven't already) and you need to be able to tell them yes. It's a great way to future-proof your business and your projects, as 4K viewing will be around for awhile yet. If you do any post-production work with graphics or visual effects, 4K also offers greater control: it's easier to place and work with graphic elements when you have more pixels 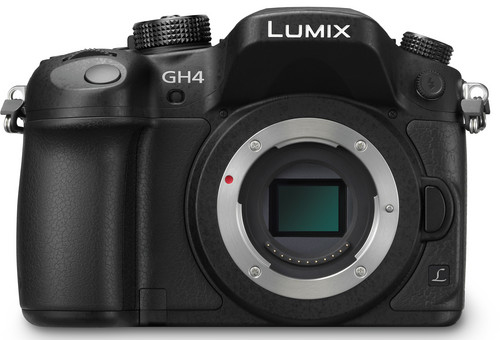 Panasonic has made a lot of upgrades to their GH3 camera, and delivers the GH4, a 4K capable mirrorless camera in the form of a DSLR, with very respectable performance in taking stills and video. It comes in at one of the cheapest options for 4K at around $1700.

Panasonic has really reached for the top with the GH4's low-light capabilities, with ISO settings ranging from 200 to 25,600, with 100 available as an expansion setting. The usability of the higher ISO settings is a little dubious, but Panasonic seems confident in the camera's abilities. It records video to H.264, much more efficient than Canon's DSLR effort, the 1DC.

The GH4 is also very well-connected, offering lots of options for connecting to monitors, power sources, whatever you need. It takes 4K video in 24 or 30 frames per second very neatly, and even offers the ability to shoot in 1.85:1. It does have a crop sensor though, and its processing power falls short of some of the higher-priced options, though this is to be expected. 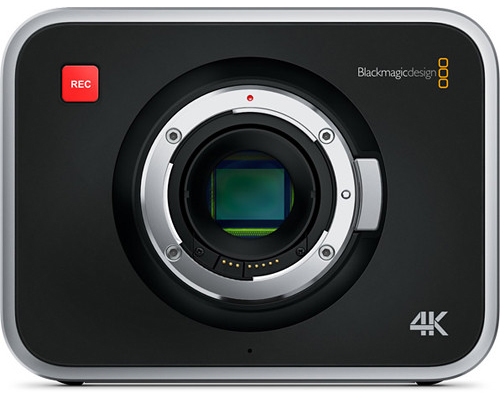 The Blackmagic cameras made a big impact on the industry, as an early affordable option. The pricetag comes in at around $3000. Despite the lower price, it's a pretty aggressive competitor for cameras that cost far more. A few key features:

This is technically an Ultra HD camera, with a max resolution of 3840×2160. It's outfitted with RAW capabilities, and shoots in 16:9. It can record using the Apple ProRes (HQ) codec, which is nothing to overlook.

The Blackmagic is equipped with a Super35mm sensor (roughly 25x14mm), which is a big improvement over the previous Blackmagic camera. It can achieve very shallow depth of field as a result, and you'll get some really nice shots out of wide angle lenses.

If the Blackmagic has a weakness: it's not intended to be a run and gun production camera due to somewhat lacking low-light capabilities. It's better used in the studio, or with an experienced crew and plenty of additional light. 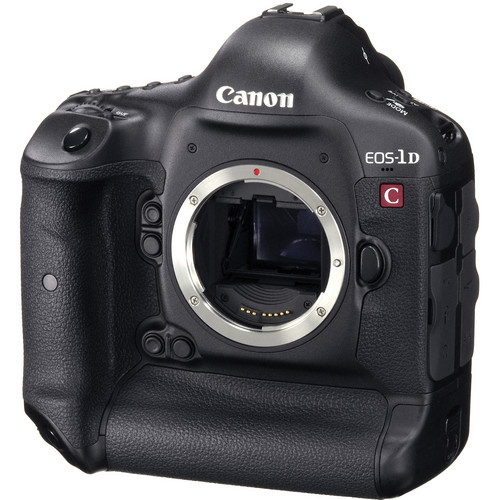 The EOS-1D C is Canon's answer to 4K in the fairly familiar form of a DSLR (as opposed to their C500). Though smaller than a lot of 4K cameras, the 1D C offers some versatility, with a $12,000 pricetag. The 1D C is geared more toward still photography than video, however.

The 1D C offers a pretty impressive dynamic range, with the workable ISO reaching as high as 12,800 in some circumstances, and this is one of its greatest strengths: it outshines the Black Magic 4K, and even gives the Red Scarlett a run for image quality in that regard with its full-framed sensor.

There are a few drawbacks to the 1DC, however: it shoots in an MJPEG format, which leaves a bit to be desired. There's no dedicated movie mode on the camera, so shooting video with it can be a little more difficult. All in all, it's an expensive camera for what it offers: sensors of equal strength can be found in cheaper cameras like the Blackmagic 4K or even Canon's C100 (though the C100 is not a 4K camera). Canon is still easing into the 4K market, and is definitely a company to watch for more efforts like their C500. 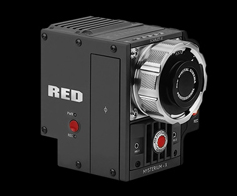 One of the baby siblings of the Red family, the Red Scarlet is a powerful package, and the quality of the Red cameras are undeniable. The camera body starts at almost $8000, though subsequent equipment for it will certainly ratchet up the total cost and it can quickly become something of a money sink.

For the price, however, you get a camera that shoots at 13.8 megapixels, capturing 4K raw video at 30 FPS and taking still photos at 5K. The Scarlet produces beautiful image quality. It's best at normal speed recording, but falls a little short when recording off-speed at 60 FPS.

The consumer 4K video market is still in its infancy, as most TVs are still only Full HD and most still cameras don't record in larger formats.  It's only a matter of time before this changes, however.  With Pentax experimenting with 4K interval shooting in their latest bodies (K-3, 645Z), perhaps we'll see the first signs of 4K video support in the years to come.

Still, there are already some solid 4K-capable cameras out there: if you're a professional specializing in video, it's not to early to jump on the 4K bandwagon.