The fastest zoom lens in the Pentax mount 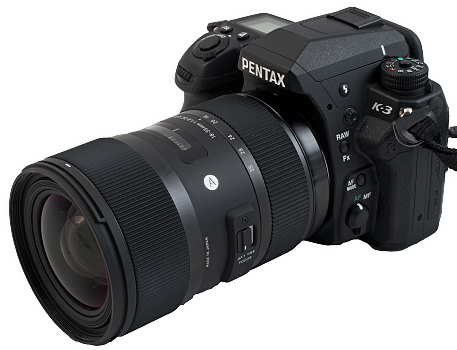 After what seemed like an endless waiting period, the Pentax K-mount version of the Sigma 18-35mm F1.8 "Art" zoom finally hit the shelves in early July: about a year after it had made its debut in the Canon mount.

The 18-35mm is an intriguing lens. Not only is it the fastest DSLR zoom currently in production (by about 1.3 stops compared to a F2.8 lens), but it's also designed to deliver exceptional prime-like image quality.  For us Pentax users, this new Sigma is of particular interest for three key reasons:

We've had a chance to test out the Sigma 18-35mm hands-on with the Pentax K-3, and we're in the process of putting together an in-depth review, for which we plan a comparison with the Pentax 20-40mm Limited and 31mm Limited lenses.  In the meantime, here are our first impressions of the lens. 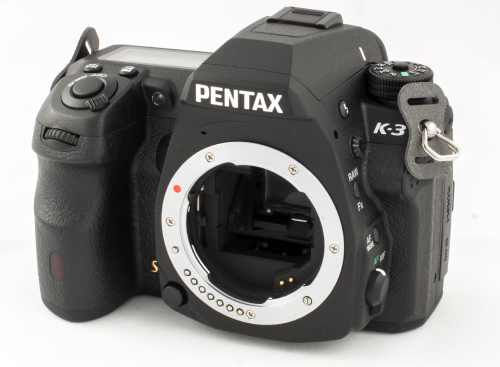 After three long days with the Pentax K-3 in the field and in the studio, we're ready to share our first impressions of this camera, as well as give you an early verdict about its performance!

Based on what we've seen, we are tempted to say that the K-3 is the best APS-C DSLR currently on the market.  Rest assured that even as a Pentax-oriented editorial staff, we're normally hesitant to make such conclusions. The K-3 is unquestionably superior to its predecessor (the K-5 II/IIs), as it brings marked improvements in terms of features, overall performance, speed, and image quality.  It may not outperform the competition in all areas, but at the moment there simply isn't any other enthusiast APS-C DSLR out there than can deliver the same level of sophistication, build quality, and handling in a single package.

The remainder of this article is broken up into a number of sub-sections that take a closer look at various aspects of the K-3.  Enjoy!

A hands-on look at the new teleconverter 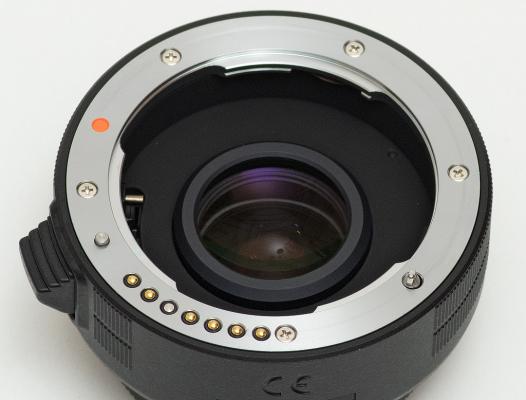 We received our copy of the new 1.4x teleconverter for test today. Its official name is a somewhat longish HD Pentax-DA 1.4x AW AF Rear Converter. As the name indicates the converter is designed for DA lenses, aka the APS-C format, it magnifies the image by 1.4x, it is weather resistant, and it supports auto focus. What the name doesn't reveal is that it supports screw drive as well as SDM/DC autofocus.

Our first impression is that the build quality is excellent, the quality rivals that of a Pentax DA* lens. If the image quality is up to snuff this converter will earn a spot in our camera bag.

A thorough test is forthcoming of image quality as well as autofocus performance. Our immediate impression when used with a D FA 100mm lens on a Pentax K-3 is that screw drive autofocus is sure footed and as fast as using the lens without the converter. 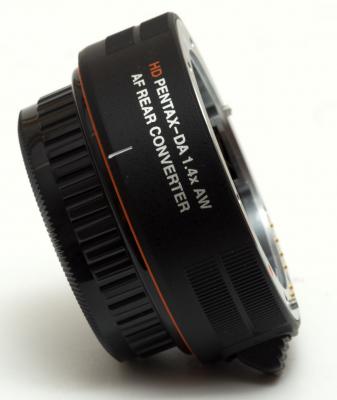 What we were curious about was if the converter modifies the lens data so that the camera knows what it is dealing with. It does. Third party converters like the otherwise highly regarded Tamron-F 1.4X Pz-AF MC4 do not. 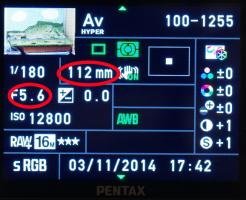 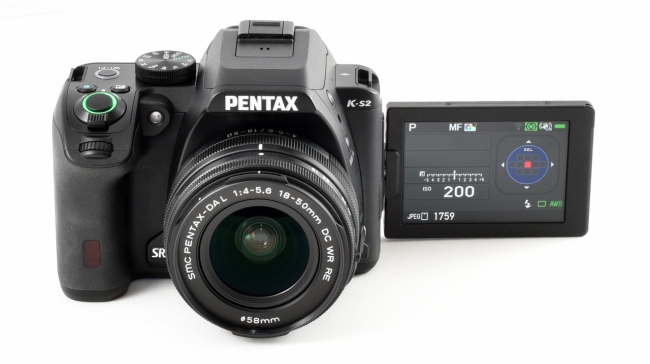 Today we will be taking a closer look at the Pentax K-S2, Pentax's latest mid-range DSLR that has now been on the market for about six weeks.  We find the K-S2 to be one of the best Pentax DSLRs to date. In addition to being a highly-attractive camera for just about anyone who wants to make a serious entry into the world of photography, the K-S2 also presents itself as a viable upgrade path for existing Pentax users who are still shooting with older bodies.  In terms of performance and image quality, only the K-3 flagship tops it.

The K-S2 introduces a host of new refinements on top of the already-impressive range of features offered by its predecessor, the Pentax K-50.  Most notably, the K-S2 is the first Pentax DSLR to offer built-in Wi-Fi and a fully-articulating LCD screen. In addition, its sensor, autofocus module, and menu systems have been upgraded.  Like the K-50, weather sealing protects it from the elements, and dual control wheels ensure easy access to key shooting settings.

Another important improvement to the K-S2 lies in its kit lens: the new Pentax 18-50mm features silent autofocus, weather-sealing, and an ultra-compact collapsible design.

It might be tempting to see the K-S2 as a successor to the Pentax K-S1, but this is not the case.  While the K-S2 does inherit some hardware from the K-S1, the design philosophy behind it is much more traditional and in line with previous mid-range cameras like the K-50, K-30, and K200D.

Now, without further ado, let us see what the K-S2 is capable of and how its new features work.

Ricoh Imaging's official announcement of the new Pentax KP left us and the community with a number of questions.  Who is this camera for?  Where does it fit in?  What's new and special about it?  How does it compare to the existing Pentax models?

Fortunately, a production version of the KP was on display at WPPI 2017. After handling the KP hands-on and having a Q&A session with Ricoh, we learned a lot about the camera and would like to share its "real" highlights!