Our testing of the Pentax K-3 II is now well underway, and in our first hands-on evaluation of the camera, we will be focusing on the key feature unique to it: Pixel Shift Resolution.  This is a type of super resolution technology that can greatly enhance the detail in images, and we are eager to show you what it is capable of.  No other Pentax body currently uses this technology, and the only competitor that offers something similar is the Olympus OM-D E-M5— unless you have an extra $45,000 to spend on a Hasselblad H5D-200c.

If you are unfamiliar with the Pentax K-3 II, head over to the official announcement and highlights prior to reading this article.  Similarly, if you have never heard of pixel shifting, check out our in-depth article on how it works, as we will only be looking at the technology from a practical perspective today.

We plan to limit the scope of this post to pixel shifting; other new features in the K-3 II will be discussed in our upcoming first impressions and in-depth reviews.  Without further ado, let's see just how much detail we can squeeze out of the K-3 II when pixel shifting is enabled!

In order to get around the limitations of the Bayer sensor pattern, Pentax's pixel shifting implementation captures a total of four consecutive images without closing the shutter and shifts the sensor microscopically such that every pixel is exposed to all three color channels.

Pixel shifting can be enabled quickly through the control panel (INFO button) or main menu. 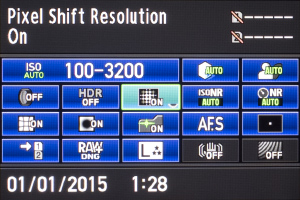 This process feels much like an in-camera HDR image capture, except that the mirror stays up for the duration of the exposure.  With pixel shift resolution enabled, exposures will take at least four times the selected shutter speed.  When very fast shutter speeds are selected, the whole process lasts about a second.  Once the camera has finished the exposure, it processes the picture data for a few more seconds, and then saves the image.  The video below illustrates the whole process, in live view and using the IR remote:

In JPEG or RAW+ mode, the camera will process the sensor data and saves a JPEG file with the resulting enhancements.  When shooting in RAW, on the other hand, you have to do all the work yourself.  The resulting RAW file will contain four embedded images that will need to be combined by your image processing software.  While pixel shifted JPEGs are typically no larger than traditional files, RAWs are on the order of 110 to 130Mb each.  If you do not process the RAW file properly, it will look just like an ordinary photo without pixel shifting.  We plan to cover the processing steps in our in-depth review of the K-3 II.

When To Use It

Super resolution technology is ideal for shooting any static subject as long as the camera is firmly secured (i.e. on a tripod).  Suitable applications include product photography, reproductions, real estate, and more.  You can also enable pixel sifting for landscapes when winds are calm and there are no moving objects.

We recommend using a remote and/or the self-timer whenever you enable pixel shifting, as vibrations can potentially ruin the image.

When Not to Use It

Don't even attempt to shoot hand-held.  Unless you can become as motionless as a tripod, you will observe parts of your image looking something like this: 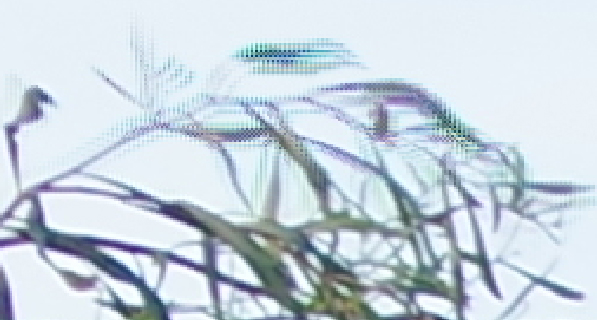 Zipper artifacts due to misaligned portions of the image

Even a very light breeze is enough to compromise the results of pixel shifting.  Selecting a fast shutter speed doesn't help as the camera pauses briefly in between exposures.  Even if it didn't, all but the slightest of motion is enough to spill light onto the wrong neighboring pixels, thus causing errors during processing.  Just a few microns of movement on the sensor can ruin everything.  Thus, we can safely conclude that any motion fully disqualifies the use of pixel shifting, whether it be in the scene or due to camera shake.

Click on either thumbnail below for a full-size version of the corresponding blooper:

While JPEG files shot of moving subjects shot with pixel shifting are generally not going to be recoverable, RAW files can in fact be developed as conventional images using one of the four embedded photos, if needed.

Now, let's move on to pixel shifting in action!

Let's start with a quick illustration of the amount of detail pixel shifting can bring out in ordinary photos.  Consider this ornament that we photographed with the DA 18-135mm zoom lens set to 40mm, F9.5. 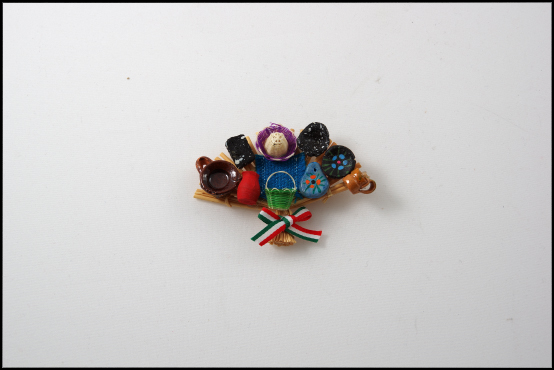 Use the slider below to compare the results with and without pixel shifting: 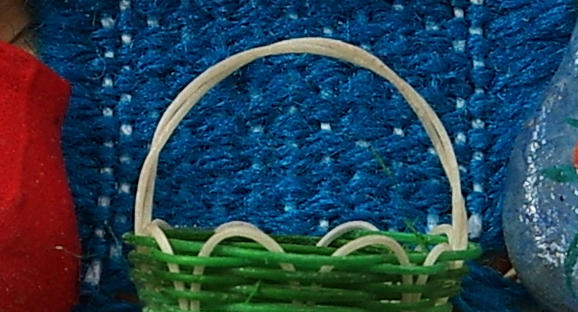 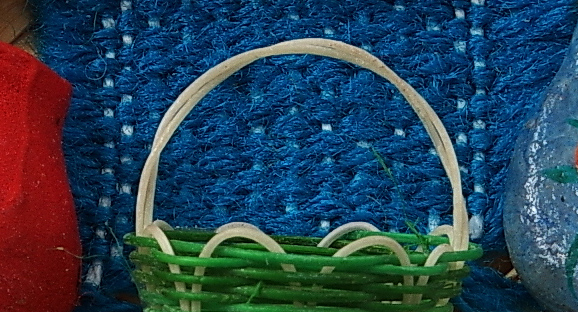 With pixel shifting on, the originally-soft image looks better than if were taken with a top-shelf lens.

For our next test, we photographed the scene below at several high ISO settings. 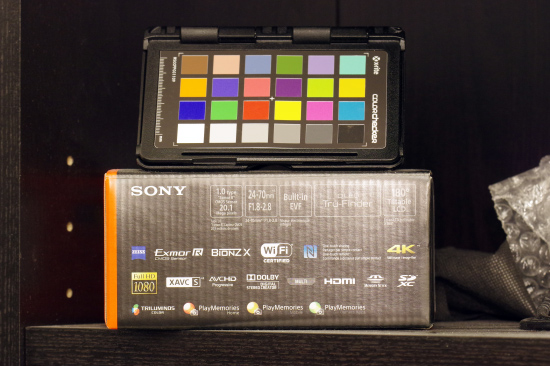 The thumbnails shown below are full-size crops. Make particular note of the sharpness of the orange edge on the left, the amount of noise in the negative space, and the detail in the checker patter in the lower-right corner.

Click on any thumbnail for the original out-of-camera JPEG file that allows you to examine the color checker as well.

The results here are worthy of praise.  The pixel shifting technology works as advertised and reveals fine details, clarifies edges, increases color accuracy, and reduces noise.  In many aspects, the ISO 6400 photo with pixel shifting enabled is better than a conventional ISO 1600 photo.

Our final test was a product photo and comparison to a sensor with a higher resolution: the 36 megapixel chip in the Nikon D800.  We used the FA 31mm lens on the K-3 II and a 50mm lens on the Nikon. The Pentax camera was placed slightly closer to the subject to make up for the minor difference in field of view.  After performing the test, we up-sampled all the K-3 II photos to match the D800's resolution. 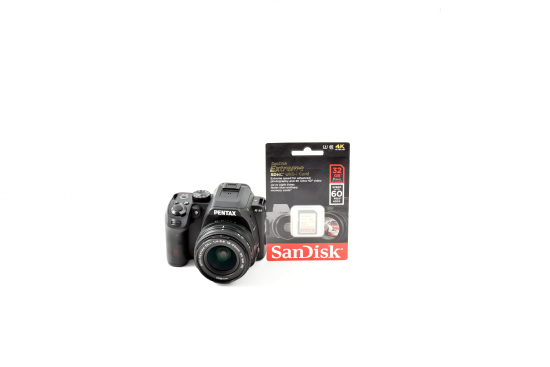 Original crops of two parts of each image are shown below.  Look for noise patterns and the sharpness of edges:

Again, the photos shot with pixel shifting mark a considerable improvement over conventional photos from the K-3 II.  At ISO 100, they even come close to the output of a 36 megapixel full frame sensor!

From an image quality perspective, K-3 II photos taken with pixel shifting hold a considerable advantage over conventional photos.  Details become much clearer, artifacts are essentially nonexistent, and noise has a much smaller impact.  If you are shooting a static subject and have time to wait for a few extra seconds of processing, there is hardly any reason not to take advantage of the pixel shifting feature.

Do bear in mind that pixel shifting isn't a revolution— at least not yet.  It is limited to a small number of applications and thus does not eliminate the need for sensors with higher native resolutions or a larger pixel pitch.  It only works with stationary subjects and cannot be used hand-held.  We would also like to note that you can in fact get clearer images like these with just about any camera.  All you need to do is shoot several consecutive frames and combine them on your own.  Petapixel has a great article on how to create photos with super resolution; the benefits and limitations are very similar to what the K-3 II does natively, but it's more tedious of course.

All in all, the pixel shifting super resolution implementation in the Pentax K-3 II is super convenient, no pun intended.  It's a breeze to enable, feels like a single exposure, and the camera does all of the work for you, outputting a fully processed JPEG that's ready for printing or cropping.  You also get full control in RAW mode.  We will of course continue our testing over the course of the coming weeks and present an even more detailed evaluation of the K-3 II in the full in-depth review.