A look at the Pentax KP from Ricoh's HQ

The new Pentax KP won't hit the market for a couple of weeks, but Ricoh was kind enough to invite me to their headquarters in Tokyo for a quick hands-on with a pre-production unit.  I'll be provided a test unit sometime in the next week to give the camera a nice go (and I'll also report on it from CP+), but for now I'll share my first impressions without going into the technical details. 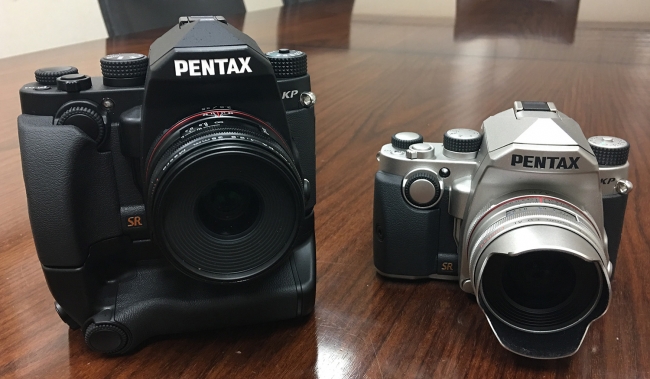 While the retro looks might not be for everyone, for me it's love at first sight.  Pentax has a history of making cameras that look as good as they perform, and the KP continues that tradition.

The KP has been under development for a few years and was designed with a retro look in mind from the start. The prism top was an aesthetic choice meant to match the K-1 flagship camera.  It's unknown if this signals a direction for future designs, but it does fit the KP well. 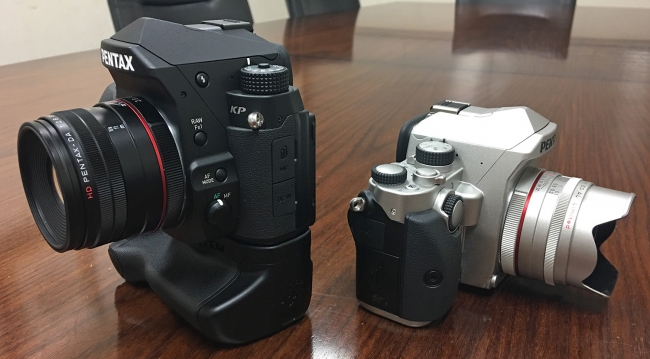 Moving beyond looks, the ergonomics are fantastic for a body this small.  The swappable grip feature is brilliant.  You have the option to choose from small, medium and large (all included with the camara).  Grip size is something that tends to divide opinion among users, so making it that the camera has a grip selection for multiple sizes is such a simple and effective solution, that I wonder why it took so long to be realized on a modern camera.  I do hope that this feature becomes standard on future models. 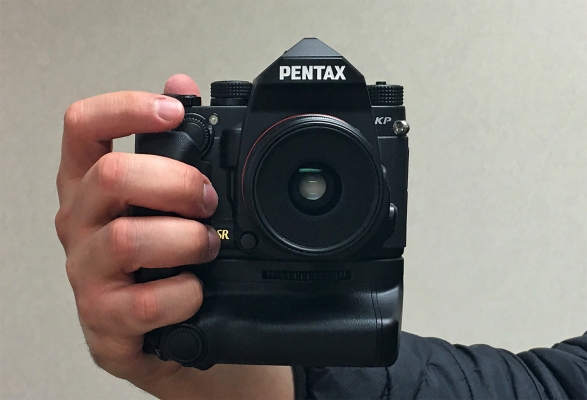 The front e-dial may seem a bit oddly placed, but in practice I felt no discomfort using it.  It's well-positioned and has a good feel to it.  The KP does feature a three e-dial layout much like the K-1, but with slight changes to the labeling and added customization.  I do miss the top LCD, but as this is not a direct replacement for the K-3 series and size is a factor, it's understandable that it's not included. 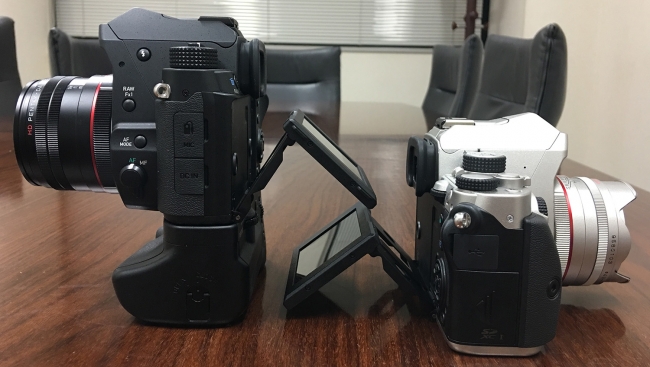 The LCD display is smaller than the K-3 series, but I did not really notice it. The quality of the display is very high with vivid colors and crisp images.  The tilting function is similar to that of the 645Z rather than the more complex design of the K-1.  The upside is this does allow for a slimmer camera design and helps keep the price down.

I was a bit surprised to see there was only a single SD slot, but in reality, this is not a deal breaker for me as I've never made use of a second slot for anything more than an SD card holder.  Others might miss the second slot, but then again, this model seems to be aimed at the general market rather than pros.

Market target aside; the KP does heavily outperform the best Pentax had to offer just five short years ago (the K-5 II).  The rapid-fire was smooth and surprisingly quiet thanks to the attractive low sound the mechanical shutter makes. 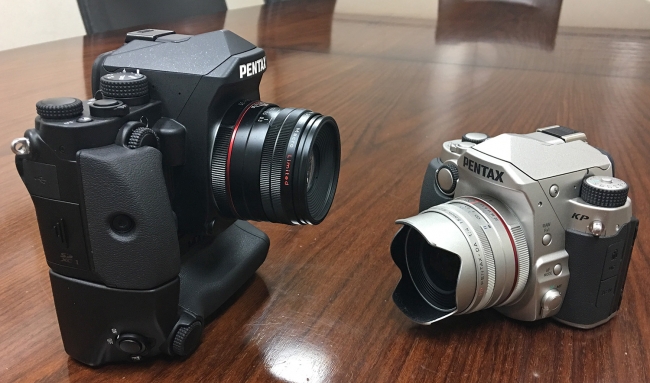 The optional battery grip is a great addition and allows for an even better hold of the KP.  It's great to see Ricoh offer an optional grip on more than just their top-end models again.  Do keep in mind that the large body grip should be installed on the KP if you want the look to be flush with the battery grip.  One particularly useful feature of the grip is the ability not only to use a second KP battery, but also the ability to use a larger capacity battery from the K-3 series in you prefer.  Of course, you do need to have a charger for the larger battery, so I imagine that this is a feature that will be more appreciated for those who already have the charger. 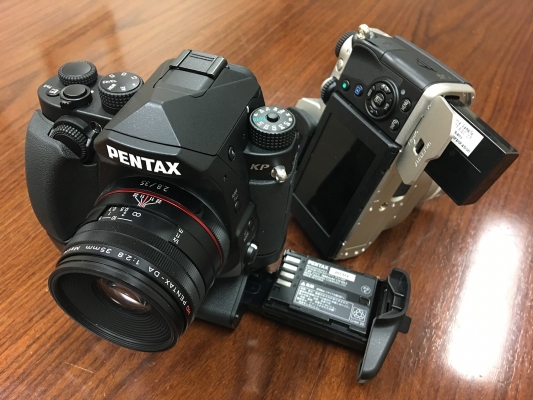 And yes, it does have a (small) built-in flash with wireless support! 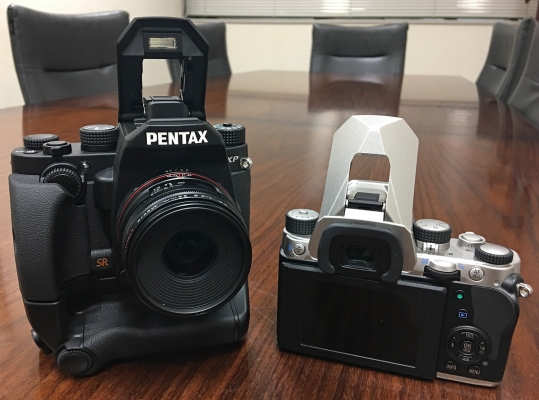 If you were to ask me what are my top three features of the camera, I would answer:

1) The design.  I just love the looks!
2) The build quality and general feel of construction and operation.
3) The tilting LCD.

I don't need to comment on the performance just yet until I can give one a good go, but I will say I do wish it would do a bit better than 1/6000 with the viewfinder.

Sadly, I was unable to review photos taken with the camera other than on the LCD as I did not have a PC with me, but stay tuned for my next post when I do get a review model sometime next week.  Until then, you can learn more about the KP in our other homepage coverage: 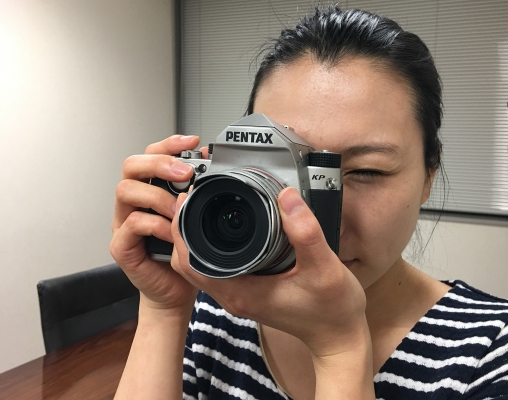 A Few Days with a Pentax KP Pre-production Camera