A sharp everyday zoom with a wide field of view 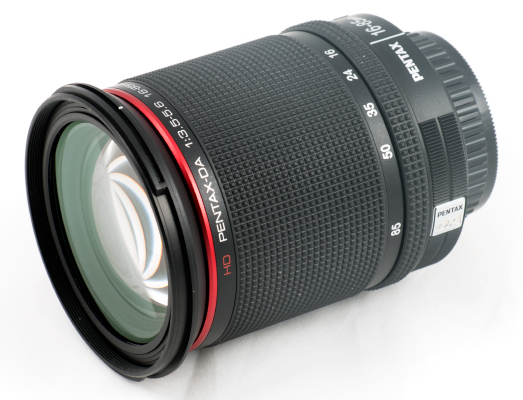 The time has come for us to offer a preliminary analysis the latest Pentax standard zoom lens, the HD Pentax-DA 16-85mm F3.5-5.6 ED DC WR.  We feel that it's only natural to evaluate this lens alongside the SMC Pentax-DA 18-135mm ED AL [IF] DC WR and SMC Pentax-DA 18-55mm AL WR: the current premium and standard weather sealed kit lens choices, respectively. The 16-85mm should be considered a higher-end alternative to either lens with an emphasis on image quality and a wider field of view.

Other highlights of the 16-85mm include weather sealing, silent autofocus, HD coating, and a very convenient zoom range.  It can be considered an all-in-one go-to lens for photographers who prefer wide-angle photography over telephoto but do not want something bulky like an F2.8 zoom.

As you can see in the photo below, the Pentax 16-85mm is the largest in our trio of kit lenses.  It weighs in at 488g, which makes it about 20% heavier than the 18-135mm and twice as heavy as the 18-55mm.  Fortunately, it still feels well-balanced on bodies such as the Pentax K-3 or K-50, which is all that matters from a handling point of view at the end of the day. 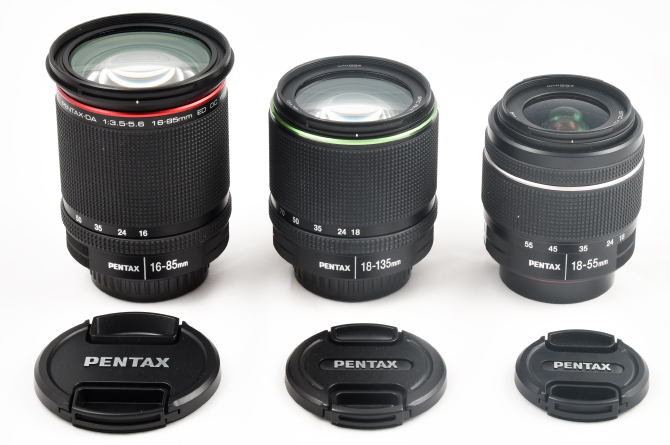 While the lens itself is only slightly larger than its cousins, the accompanying hood is massive by comparison and makes the 16-85mm require more storage space when reverse-mounted.  Click on either thumbnail below for a larger view of the lens mounted on Pentax DSLRs:

Interestingly, the 16-85mm does not come with a soft case, which is surprising for a pricey lens.

The 16-85mm focuses quickly and silently thanks to its built-in DC motor.  This will feel like a blessing for those upgrading from an 18-55mm, which uses the traditional screwdrive mechanism.

Although its official name lacks the [IF] designation, the 16-85mm does focus internally.

The focus can be adjusted manually at any time by turning the focusing ring thanks to "quick shift" technology.  The focusing ring does not move during AF, and consequently there is no distance scale on the lens barrel.  The throw is somewhat short.

When it came to image quality, one of the first things we noticed about the 16-85mm is that it is razor-sharp in the center, even at wide apertures.  It also delivers respectable edge and corner sharpness that we consider to be superior to that of the Pentax 18-135mm, although you might see a little bit of fringing here and there at 16mm.  We plan to elaborate on this point in the in-depth review. 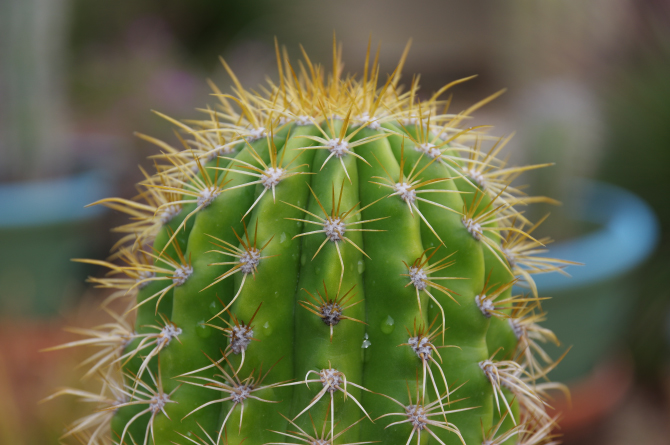 The bokeh is smooth at longer focal lengths and thanks to the 16-85mm's close focusing capabilities (0.26x magnification), this lens works well for isolating subjects with a pleasing background blur.  When shooting more distant subjects or at wider focal lengths, however, the bokeh won't always be as impressive.  Refer to the sample photos at the end of this article for examples.

The 16-85mm performs very well in these two areas.  Vignetting is minimal overall and only has a practical impact at F3.5 through F4.5 at 16mm, which marks a clear improvement over the Pentax 18-135mm.  At longer focal lengths including 85mm, the degree of vignetting is purely academic.

Its geometric distortion is also insignificant except at 16mm, where it is comparable to that of the Sigma 17-70mm and Pentax DA* 16-50mm.  The distortion can easily be corrected in post or via in-camera lens corrections; this gives the 16-85mm an edge over the Sigma lens which doesn't support in-camera corrections.

A key advantage of the 16-85mm compared to the other kit alternatives is its increased field of view.  The 2mm difference at the wide end results in an extra 7 degrees of diagonal coverage: 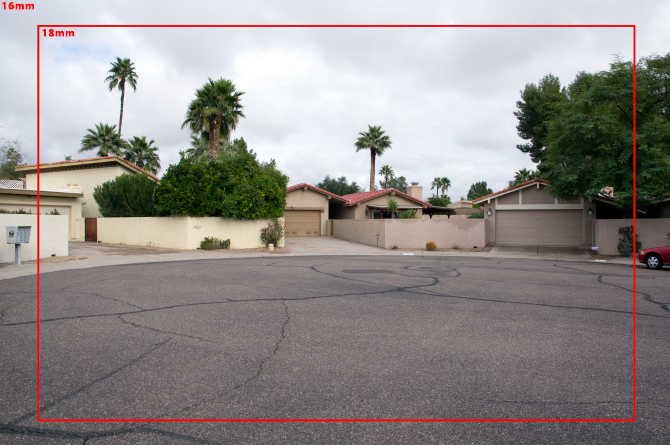 The practical effect of this is better illustrated through a sample photo: 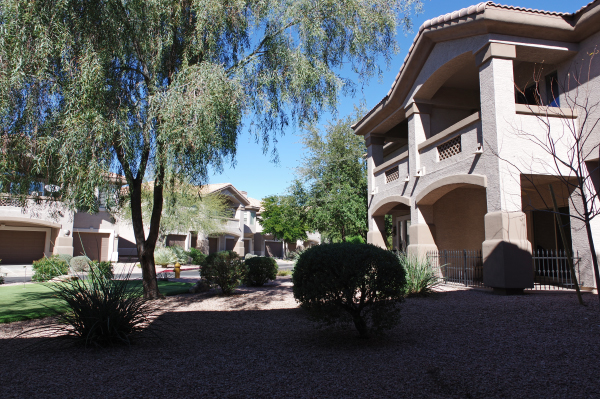 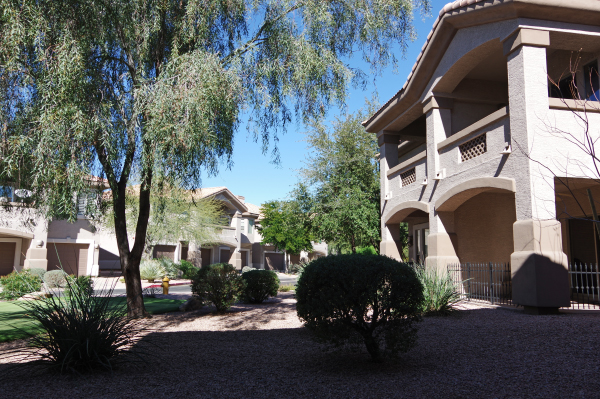 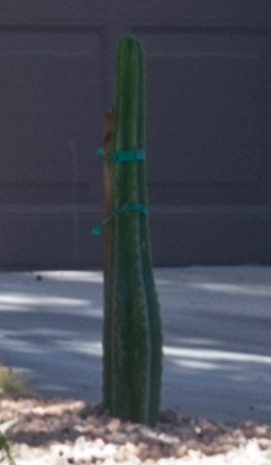 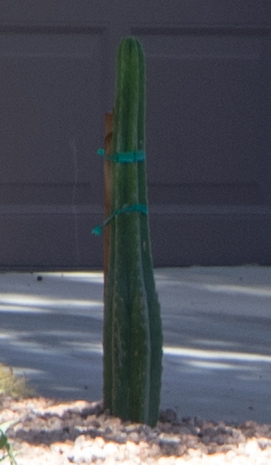 As you can see, the 18-135mm renders significantly more detail. This is not surprising as its maximum focal length is almost 1.6 times longer.  We can thus conclude that the wide-angle improvements in the 16-85mm come at the expense of telephoto reach.

All of the samples below were shot hand-held.  The posted files are unedited out-of-camera JPEGs with all lens corrections enabled.  Notice the presence of moire in the parrot's feathers, a testament to the sharpness of the lens!

The HD Pentax-DA 16-85mm lens impressed us with its image quality.  It pulls ahead of the SMC Pentax-DA 18-135mm in a number of areas, most notably corner and edge sharpness and vignetting at longer focal lengths.  The 16-85mm is ideal if you want a lens that delivers sharp and aberration-free photos straight out of camera.  Its distortion and vignetting is negligible and can easily and effectively be corrected in-camera at the time of image capture.  The lens also works well for close-ups thanks to its creamy bokeh and 1:4 maximum reproduction ratio, and it has a wider field-of-view than many other standard zooms.

The 16-85mm is larger and slightly heavier than the 18-135mm, and it has a shorter telephoto reach.  Therefore, if you're on a budget or if you simply utilize longer focal lengths more, we  continue to recommend the 18-135mm.

Another competitor to the Pentax 16-85mm is the Sigma 17-70mm F2.8-4 "Contemporary".  The Sigma delivers comparable image quality with a slightly faster aperture, even better close-up capabilities (1:2.8 reproduction), and nicer bokeh. It's also much cheaper without making compromises in key areas, but it does lack weather sealing. We thus recommend this lens if you can live without the weather sealing; it's an especially attractive proposition in the UK at the current price of £349.

Thanks to the Pentax 16-85mm lens, Pentax users now have more choices when it comes to silent-focusing walkaround zooms.  Fortunately, each of the lenses we compared above has a slightly different appeal and thus we can recommend any of the three lenses depending on your priorities.  If you want a very wide field of view and don't mind paying a price premium, the 16-85mm is a good choice.  If you want a compact, affordable lens with good telephoto reach, the 18-135mm continues to be an appealing proposition.  If you are looking for a faster aperture and don't mind the lack of weather sealing, the Sigma 17-70mm is what we would recommend.  No matter which lens you choose, you can expect a big improvement over the 18-55mm kit lens.

Note that all three of these lenses are what we would consider "prosumer" zooms: better than your everyday kit lens, but still short of premium F2.8 constant aperture zooms.  If you are interested in a premium lens, we recommend the following review: