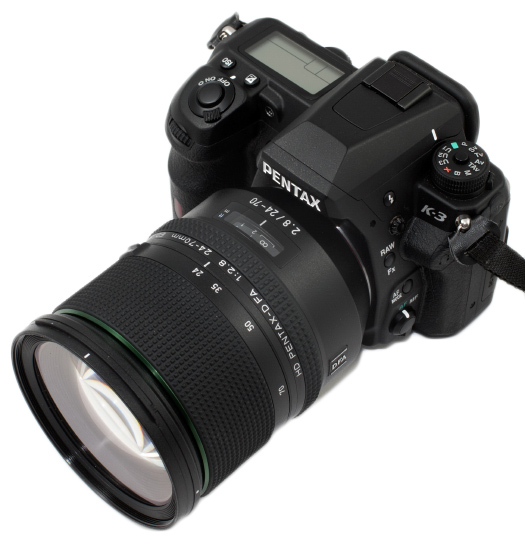 The Pentax D FA 24-70mm F2.8 is a premium (wide-aperture) walkaround zoom lens designed for the upcoming Pentax full frame DSLR and future bodies. On the full frame format, it covers a range of typical focal lengths with fields of view between wide-angle and long normal.  The lens can of course also be used with APS-C cameras, on which it is not quite as wide but still perfectly suitable for everyday use. 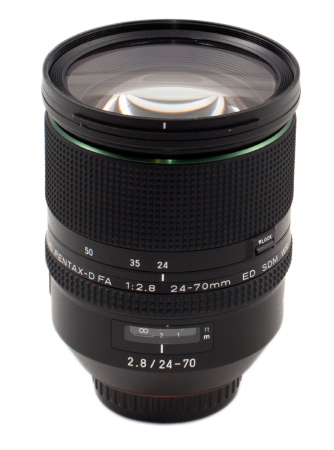 This lens is packed with the latest technologies, including weather sealing, silent autofocus, quick shift (full-time manual focus override) and the low-reflectance HD coating. There is also a zoom lock switch that can be used when the lens is collapsed.  The optical formula uses 17 elements in 12 groups, with 3 ED elements, 3 aspherical elements, and 1 hybrid aspherical element.  The aperture diaphragm has 9 rounded blades.

The external appearance and specifications of Pentax 24-70mm suggest that it is a re-branded version of the Tamron SP 24-70mm F2.8 DI VC USD without the in-lens stabilization. After seeing the lens, we believe that the Pentax 24-70mm is actually manufactured by Tamron since it is "made in Japan" and packaged outside its pouch, unlike most other Pentax lenses. Note that Pentax lens production in Japan ceased several years ago; current Pentax lenses are assembled in Vietnam, while cameras are assembled in the Philippines.  Of course, Pentax lens designers must have contributed to the development of the Pentax version of the 24-70mm (i.e. with the HD coating, lens profiles, etc.).

In the current Pentax lens lineup, the Pentax-DA 18-270mm is also manufactured by Tamron.

View the 24-70mm's full specifications and optical diagram in our lens database.

The Pentax 24-70mm comes in a standard K-mount branded box with front and rear caps, a S120-150 pouch, and a dedicated petal hood.  A 1-year warranty is included in the US and Australia, whereas 2 years of coverage are offered in Canada and Europe. 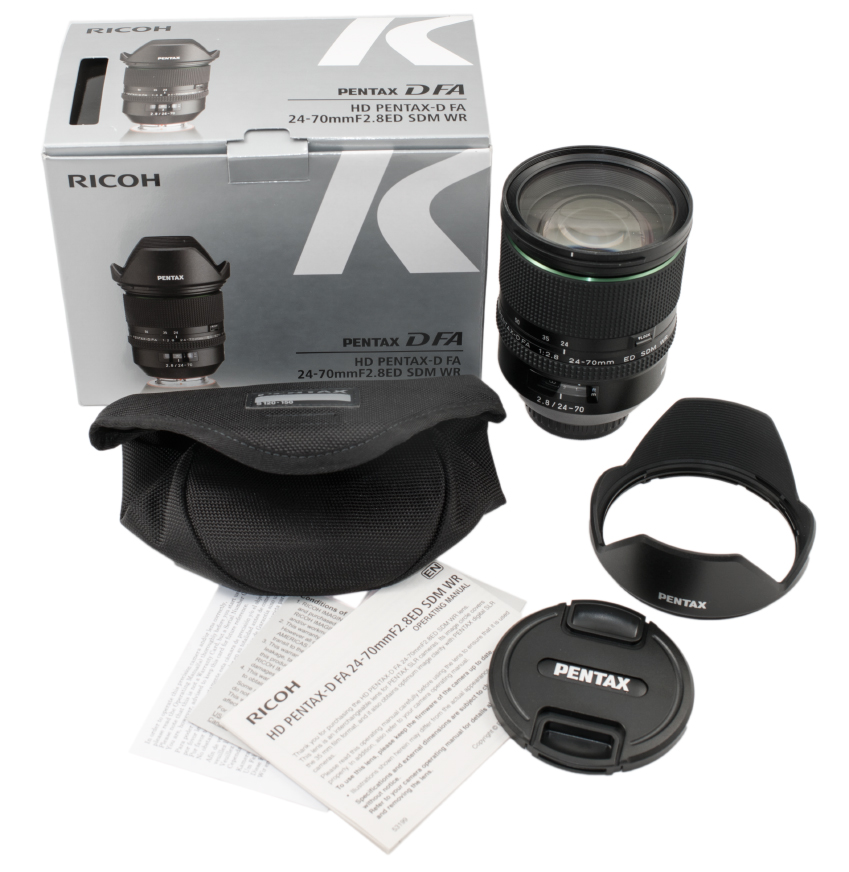 Note that this hood lacks the polarizer-friendly "window" found on many other Pentax hoods.

Despite having a plastic barrel, the Pentax 24-70mm has quite a solid feel to it.  This can partially be attributed to the fact that the barrel employs a simple design with a small number of large panels, which keeps the number of seams and moving parts to a minimum.  We find this design to be both modern and elegant. 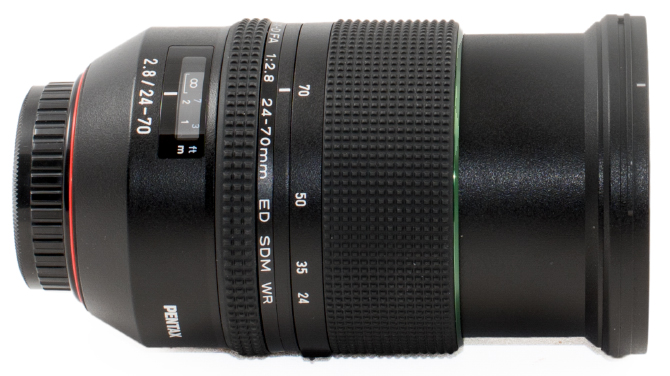 The zoom ring offers just the right amount of friction and the geared focusing ring allows for very precise fine-tuning.  The rings have a 90-degree and 120-degree throw, respectively.  So far, we have not observed any evidence of play in either ring, nor was there any zoom creep or looseness in the extended lens barrel.  Focusing is internal even though the lens does not bear the "IF" designation in its name.

For a full-frame lens, this 24-70mm is actually quite compact at a collapsed length of 109.5mm / 4.3 inches.  While users of APS-C lenses may at first be surprised by the 88.5mm barrel diameter and 82mm filter thread, this width makes the lens easy very easy to hold.  Since the lens only extends by about an inch and a half at 70mm, it balances very nicely for its weight (787g).  It was a joy to use with the K-3 and we can thus safely assume that it will be even easier to handle on a larger full-frame body.  The plastic barrel likely contributes to the lens's relatively light weight, so at the end of the day we hold nothing against it.

Although the 24-70mm bears the "SDM" branding, its focus motor sounds nothing like the SDM in other Pentax lenses, such as the DA* series.  The autofocus is quick and silent- almost too silent, in fact.  When switching between subjects, it can at times be hard to notice if the lens even attempted to fine-tune the focus.

Despite this, not a single photo from our batch of over 400 landscape and nature shots turned out to be out of focus.  Our copy of the lens did not require any AF micro-adjustments.

We are therefore highly satisfied with the performance of the AF motor and we would rank this lens highly in terms of both focusing speed and accuracy.  We did not attempt to test the lens in continuous mode; further evaluations will follow in our in-depth review.

After spending a whole day shooting landscapes with the 24-70mm, we were satisfied with its colors, contrast, and overall sharpness. 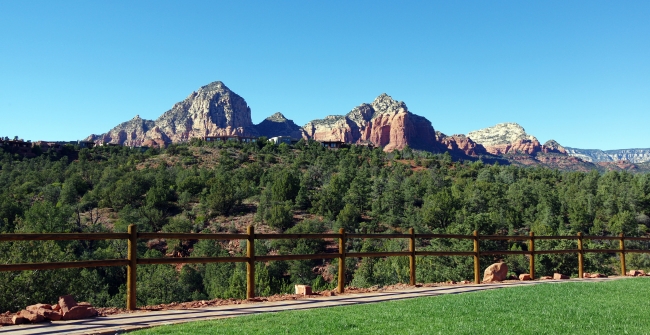 In the center the 24-70mm is exemplary at all focal lengths, whereas the corners and edges (at least on APS-C) were not far removed.  To put things in perspective, we decided to compare the D FA 24-70mm to the Pentax FA* 28-70mm F2.8— effectively its predecessor launched back in 1994.  The FA* 28-70mm was the premium walkaround zoom for Pentax autofocus film SLRs.

We shot the scene below at a variety of aperture settings to compare sharpness: 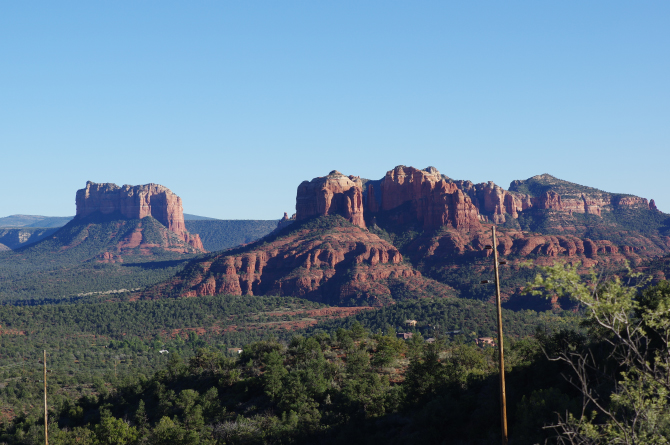 At their widest zoom settings, the two lenses are neck-and-neck in terms of sharpness.  The only real difference (apart from the focal length itself) is the slight amount of green fringing produced by the 28-70mm around the edges of the mountain.

At 70mm, the D FA lens emerges as the clear winner.  While the photo at F5.6 is clearly the sharpest of the batch, the new lens delivers impressive results wide-open that could look almost as sharp after a little post-processing.

If you would like to further analyze the 24-70mm's detail across the frame, click on either thumbnail below for a full-size out-of-camera JPEG:

A more detailed analysis of sharpness will follow in our in-depth review.

Vignetting at F2.8 is almost indiscernible on APS-C and negligible when stopped down.  Distortion was also negligible, with a small amount of barrel distortion at 24mm and virtually no distortion at 70mm.  Lens correction profiles make both a non-issue in JPEG files; these profiles can also be applied to RAW files via the Pentax Digital Camera Utility software supplied with DSLRs.

Compared to the FA* 28-70mm, the 24-70mm is more resistant to flare and delivers better contrast in harsh lighting.

Below is another sample from the D FA lens: 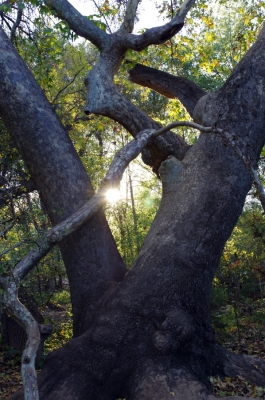 We found fringing to generally be a non-issue with the 24-70mm.  A small amount can at times be seen in out-of-focus areas, but purple fringing around highlights is kept to a minimum.

With close focusing abilities up to 0.2x magnification (1:5), the 24-70mm can be a good choice for close-ups and hand-held macros. 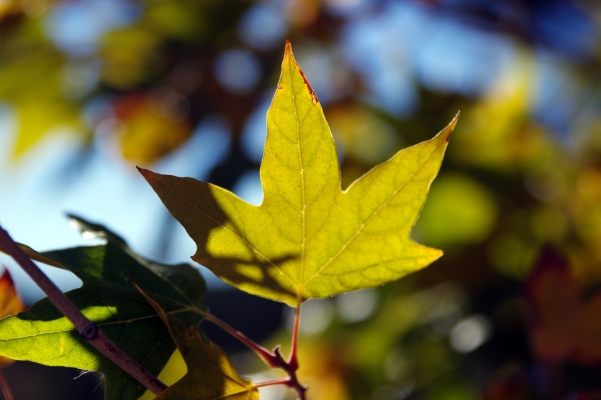 We find its bokeh to be rather pleasing for a zoom.  The rounded aperture blades help smoothen out-of-focus areas when the lens is stopped down. 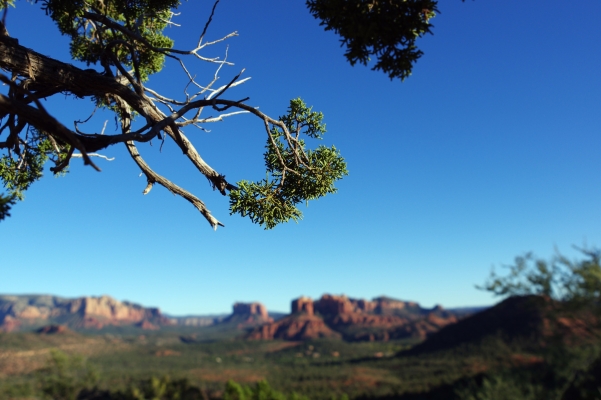 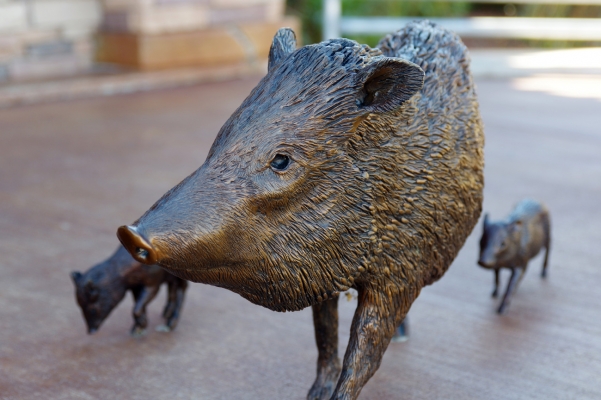 The Pentax K-3's in-body Shake Reduction (SR) worked very well in conjunction with the 24-70mm.  In the sample photo below, we were able to select a slow enough shutter speed to illustrate moving water without the need for a tripod.  This image was not sharpened in post: 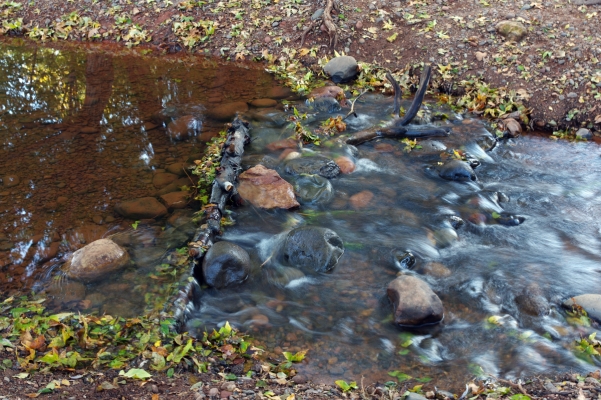 In-body SR is highly effective because the camera can fine-tune the degree of stabilization based on the currently-selected focal length and shutter speed.  In addition, SR automatically gets disabled in certain drive modes (i.e. self-timer or remote shooting) to avoid introducing any blur.

The image as seen through the optical viewfinder does not appear stabilized, however, unlike with in-lens stabilization.

Click on any thumbnail below to view a larger version in a lightbox.  Full-size JPEG and RAW downloads are available for select images.

So far, we have found Pentax's latest zoom to be a stellar lens, and we are very pleased with it.  Although the 24-70mm is designed with full frame DSLRs in mind, its zoom range is also perfect for those who crave corner-to-corner performance from a zoom on APS-C.  What the lens lacks in angle of view on crop sensor, it makes up for in image quality; it therefore gets our recommendation for current Pentax users!

The D FA series is looking to be a very promising start to the Pentax full frame system, as the 150-450mm we reviewed earlier this year also passed our tests with flying colors.  Per the latest Pentax lens roadmap, 2 additional zooms should be joining the lineup in the coming months (likely 15-30mm and 28-105mm) along with the already-announced 70-200mm F2.8.

In this first impressions review we've of course only seen things from an APS-C perspective.  For our in-depth review of the 24-70mm lens, we will test it on the Pentax full-frame DSLR and take a look at its crop sensor performance in even greater detail.  Expect to see the review in the Spring of 2016.  Until then, feel free to make requests for further tests or sample photos in the comments below.