All five of the recently-launched Pentax-DA HD Limited Primes (pictured above) have been in our hands for a number of weeks now, and in addition to using them in the field with the Pentax K-3, we've completed our preliminary tests of these new lenses side-by-side with their SMC Limited predecessors.

If you're unfamiliar with the HD Limiteds, they're simply updated versions of Pentax's lineup of ultra-compact prime lenses.  Specifically, the new HD 15mm, 21mm, 35mm, 40mm, and 70mm lenses have been treated with improved coatings that reduce ghosting, rounded aperture blades that deliver smoother bokeh, and a refreshed cosmetic design.  Our in-depth review of all five lenses, which we plan on bringing to you early next week, will elaborate on these differences.

The new HD versions of the Pentax's Limited lenses are available at a price premium over their older siblings.  In the US, the jump in price ranges from $50 to $150 per lens: nothing too major in itself, but when this is stacked on top of high MAP prices, getting the best of the best can become quite costly.

Read on for our first impressions of the HD Limiteds.

Since the differences between the HD and SMC versions of the five lenses are limited (no pun intended), improvements to image quality will be observable in only two areas: bokeh and aberrations.  Sharpness, handling, and vignetting is virtually unchanged between the two lens types because the optical designs and barrels have not been modified in any way.

In the two 100% crop samples photos below you can see that the bokeh from the HD 70mm Limited is slightly smoother and more circular than that of the SMC 70mm Limited.  Which is the better of the two is purely a subjective matter based on the photographer's taste and the subject being photographed.

The new HD coating promises to reduce reflectance and therefore we expected the HD Limiteds to exhibit less ghosting (internal lens reflections) than the SMC Limiteds.

As you can see in the samples below, ghosting on the HD lenses is significantly reduced.  The "ghosts" do not vanish completely, but chances are that real-world photos with strong light sources taken with the HD lenses will require little or no post-processing thanks to the improved coating.

With respect to flare and chromatic aberrations, the difference between the SMC and HD lenses is negligible.

A side-effect of using rounded aperture blades is that the starburst effect which sets in at smaller aperture settings isn't quite as pronounced as it would be from a diaphragm with straight aperture blades.  Below we observe that the SMC 15mm Limited (right) produces an image which is arguably more pleasing than the one from the HD 15mm (left).

It is certainly difficult to improve on a product that was already exceptionally-good to begin with.  The Pentax DA Limited primes, both SMC and HD, employ a design philosophy that continues to be unique in the DSLR world: they deliver top-shelf image quality in an extremely compact all-metal package.

Here's what we can conclude based on our tests so far:

We wouldn't mind picking up HD 21, 35, 40, or 70 Limiteds over the SMC variants for the sake of the reduced ghosting.  The practical differences between these two lens lineups hardly justifies the price premium, however.  And due to the difference in starburst rendering, it is tough for us to recommend the HD 15mm Limited over its SMC predecessor, which is still on sale for $150 less.  We aren't factoring in cosmetics, as like the bokeh, your preference of one design over the other will depend on personal taste.  Both green rings and red rings suit Pentax DSLRs very well, after all!

Note: the SMC Limiteds have been discontinued, and soon only the HD lenses will be available new. 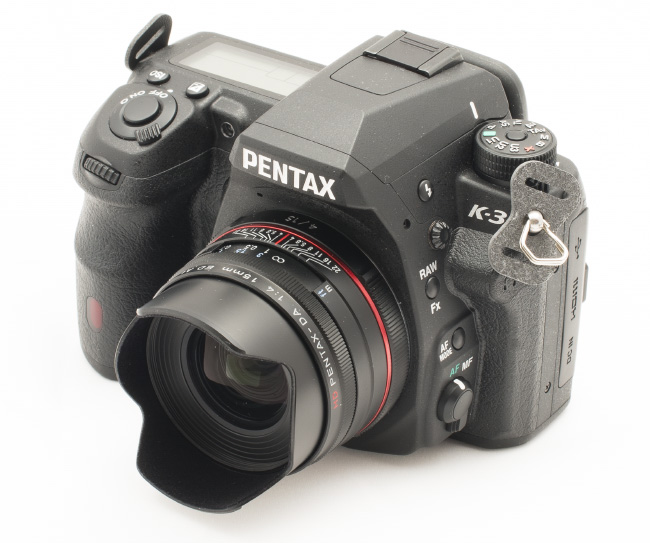 Now that we've had a chance to test all five lenses at the same time, you might wonder how we would rank them.  Well, this is no easy task, as all the lenses differ greatly from each other in terms of field of view and intended use.  For all practical purposes, the 5 lenses are equally-compact, though the 40mm is still tiny in comparison to the 35mm macro. Also, they all feature the same all-metal build quality and they are all expensive.

Our favorite Pentax Limited is the 35mm, which is extremely sharp and versatile with its "normal" field of view.  It doubles as a 1:1 macro lens but we prefer it for landscapes and everyday photos.  Our least favorite is the 21mm, which doesn't quite match up to the other lenses in terms of optical performance.  Its focal length is also somewhat of an oddball: oftentimes it seems either too wide or too narrow, shy of the more traditional 24mm (eqv.) or 35mm (eqv.) focal lengths.  The remaining three lenses are all tied for second, in our opinion: the 40mm is unmatched for its size, the 15mm is joy to use for landscapes and close-ups, and the 70mm is an extremely handy portrait/short telephoto lens.  The bottom line is that you can't go wrong with any of these lenses if you're looking for premium image quality in a small package.  But if you're looking for a more detailed comparison between the SMC and HD Limiteds, stay tuned for our in-depth review!