A normal girl would feel like this if she got diamonds!

That was my immediate thought, after unwrapping the present my husband had given me and finding my DA* 300mm F4 inside. My first DA* lens: Smooth, solid, compact and beautiful with its gleaming gold band. 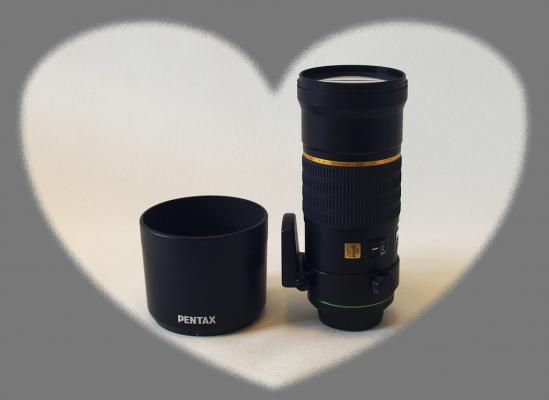 My love of nature is at least as old as my photography. My Barbie-doll was a nature photographer: I set up complicated dioramas with her and my wild toy animals, built her a little camera from a match box, and photographed the whole thing with my Instamatic. When I advanced to the Olympus-stage, I got hold of a 300mm lens at one point, and tried to sneak in on real birds and wildlife.

(I think you may have to be Danish to fully appreciate this, but our local birds and wildlife are NOT photo friendly. A dense population of Danes for millennia, basically eating anything within shooting range, has led to ridiculous flight distances in the survivors. Whenever I go abroad, I am surprised how CLOSE you can get to animals…)

When I finally went for digital SLR, I chose Pentax because of the field-photography friendliness. In-house-stabilisation and weather proofing. But I was still on a terribly tight budget. The house alone (K10D) was really all I could afford, but since my favourite motifs were wild things, I needed some focal reach to have any fun with it. So I got a Sigma 70-300mm F4-5.6 DG Macro. I was visiting Seattle when I bought it, and initially I was happy: Most US west coast birds were exotic to me, and their flight distance was shorter, but undeniably, softness at 300mm and slow AF set limits to my enjoyment.

I struggled to upgrade within budget: Second hand SMC Pentax-FA 80-320mm F4.5-5.6, second hand SMC Pentax 300mm F4 and finally a Sigma 150-500mm F5-6.3 APO DG OS HSM. Each upgrade brought some advantage: With the SMC prime I finally achieved decent sharpness at 300mm – sadly it was mostly sharp images of empty twigs where birds had once been sitting. Flight photos were simply out of the question. The huge Sigma lens did wonders for my biceps, but the size of it was an issue: I could not take it travelling (Too big for carry-on luggage), and it isn’t weather-proof. The weather in Denmark is… well, let’s just say that I consider the climate in Seattle to be lovely and sunny. I soon decided that I had valued reach itself too highly relative to wielding comfort, weatherproofing and transportability: After all, the lens that takes the best pictures is the lens you bring. The AF was also simply too imprecise and slow for birds in flight. Also, to get anything out of such a slow lens, I needed high ISO ability, and so I upgraded to the Pentax K-5. Now I had spent three times my camera budget for the year, and I still didn’t feel very well equipped!

Then this. Out of the blue. No anniversary, birthday, Valentine’s day or anything to justify it. I asked him why – he said he thought it would make me happy. He is not a photographer, and to him, spending that amount on glass must feel as impractical and silly as diamonds. But, wow, does he know me well.

We went on a little test shoot the weekend after, and were lucky enough to find a little auk fishing near the harbour town of Hirtshals. He was bobbing up and down on the waves, I was sprawled happily on the boulders of the pier, life was perfect.

I have played with this lens for almost year now. Apart from having more fun than ever with my camera, I have developed my technique enormously: I can bring this lens with me everywhere, it is hand-holdable, and the AF is fast enough to allow things like panning on birds in flight. My wildlife photos have improved to a stage where I begin to sell them on a regular basis to hunting magazines and other periodicals. The reach is on the short side for wild life photography, but I find this a challenge, and I am improving my ability to approach birds and animals without scaring them away: That in itself has influenced my technique also, and I find I get more photos with interesting behaviour, rather than just pictures of wary looks.

The DA* 300mm f4 is definitely the item that made the single greatest impact on my photography. The weight and size fits my hands like perfection. The autofocus is quick, precise and soundless. The bokeh is beautiful! It is weatherproof and solid as a brick. In January, I will bring it with me to Argentina, and I plan to return with images of Andean condors in flight!

Taking the picture was the easy part...