From Keystone to K-x

When thinking about the item that has been most influential on my photography, I have to start with the Keystone Instamatic I got when I was 8 - because that got the whole photography hobby started for me. The camera is long gone, and so are the pictures I took with it, but it looked something like this: 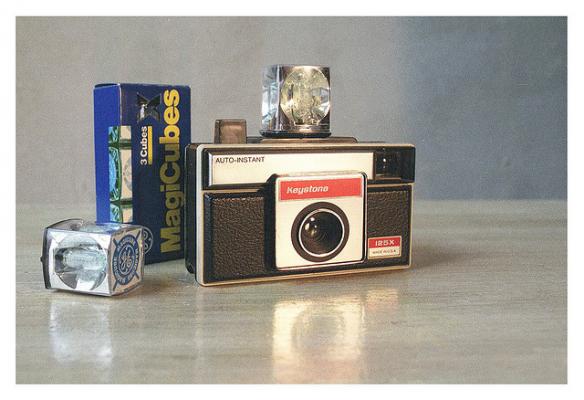 But, everything took a huge leap for me when I got my Pentax K-x in January of last year. I think the description speaks for itself, and everyone knows what it looks like, so I will move on to why it has made such an impact. Moving from film to digital has been a huge step, for many reasons:

The camera was a birthday gift from my wife. We have been to some great places together, and we take the K-x just about everywhere we go, as you can see in the attached images. If you want to see more, here are my Pentax Forums albums: mblanc's Albums - PentaxForums.com , and here is my Flickr photostream: Flickr: matt.blanchette's Photostream. I thought I was a pretty good photographer before I got the K-x, but the improvement in my pictures is huge since I got the K-x. I think a lot of that is due to the camera itself, and a fair amount is that, since going digital, I take many, many more pictures than I did with film. Of course, that means "practice makes perfect", but it also means that when I compare today's pictures to the past, I am ignoring all my "non-keepers". ;-)

There really are only two things I don't like about my K-x: first, that it is not weather sealed, and second, all the various icons for Landscape, Portrait, Moving Object, etc on the mode dial. I have never used these and would just as soon have fewer clicks on the dial on the rare occasions that I select something other than M. Neither has been a huge issue for me, but the K-30 would make both a non-issue. And, since my wife does use the picture modes, and she stands to inherit the K-x if I win, the K-30 would be a big win for both of us.