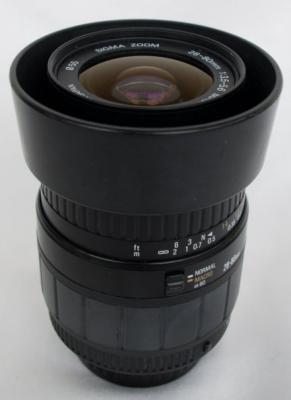 What if I told you that you could take remarkable nature photos outside of the so-called “Golden Hours” that bracket sunrise and sunset?  That you could take great shots with pleasing color and manageable dynamic range, requiring very minimal post processing, and that these shots could be taken under the harsh midday sun?  And what if I told you that you didn’t need to travel to faraway lands or lug around a bag full of expensive equipment to grab great wildlife photos?  Best yet, I’d tell you that there’s a dramatic new world waiting to be captured in pictures - a world of life and death struggles, of predators and prey, of great beautiful creatures with delicate wings of gauze and fierce venomous monsters with many eyes, and this world is waiting for you right outside your backdoor.

I’m referring of course to macro photography of insects and plants.  I’ve been an avid gardener for many years and the thought of taking close-up pictures of plants seemed like a natural synergy with my other favorite hobby, photography.  The question was what equipment to use?  I’m not a professional photographer, so an expensive macro lens like the SMC Pentax D FA 100mm F2.8 Macro is out of my price range.  First I tried a reversing ring for my kit DA-L 18-55mm.  The reversing ring produced impressive magnification, but exposure was almost impossible to control because the lens lacks an aperture ring.  Controlling the size of the aperture meant wedging a piece of cardboard against the aperture lever to lock it in place, or trying to adjust it by hand while taking pictures.  Both of these practices worked out just about as well as you’d expect, which is to say they really didn’t work at all and the reversing ring was officially relegated to the deepest darkest corner of my camera bag.  Next up was a cheap set of extension tubes affixed to my SMC Pentax-M 50mm film-era lens.  The lens’ aperture ring made this configuration much easier to manage, but I could only achieve the magnification I needed for good insect photos with the use of all three extension tubes, which blocked out too much light.

Desperate for a few good bug shots while my wildflower garden was in full bloom, I scoured the lens review databases on PentaxForums.com for a macro lens that wouldn’t break the bank, and discovered the Sigma 28-80mm F3.5-5.6 II Macro.  It’s not often that a $35 eBay purchase leads one down a whole new avenue of creative expression.  Not often indeed that an inexpensive piece of used gear opens your eyes to discover a new world which has been right under your nose all along.  But such has been my experience with this lens, which offers 1:2 magnification in Macro mode, which is significantly better than many other all-purpose lenses that claim macro abilities.

The Sigma 28-80mm F3.5-5.6 II Macro is at best a so-so walkabout lens.  It’s well built, but the images it produces are a bit soft and it can’t hold a candle to the kit lens when it comes to contrast.  But get down for a bug’s eye view of the world and the Sigma really opens up.  In fact, it’s weaknesses as an everyday lens become strengths for the kind of insect photography I like.  Instead of razor sharp entomology lessons I get soft, painterly images that make even the scariest looking wasp appear as a handsome member of a world filled with sweet nectar and heady fragrance.  Rather than high contrast and fastidious color rendition I get beautiful acrylic backgrounds that swirl and blend like an artist’s palette.

Narrow depth of field is always a problem in macro photography, regardless of what lens is used.  While this can be overcome by focus stacking images in post processing, sometimes it’s best to leave well enough alone.  Bringing an insect’s entire body into focus might be desirable if you are taking pictures for a field identification guide, but if artistic bug portraits are what you’re after, you’ll appreciate the Sigma’s soft, almost romantic bokeh.

The technique for capturing great insect portraits is not difficult.  I mount the Sigma lens directly to my Pentax K-r, or sometimes use a 16mm extension tube for a little extra boost.  With the 16mm tube, I get impressive magnification without sacrificing too much depth of field.  Choosing a higher aperture number greatly improves depth of field, so I set the aperture ring as high as I can get it without the need to slow down shutter speed too much.  On a sunny afternoon I can set the aperture at f16, ISO at 200 or 400, and let the camera choose the shutter speed, which can vary widely anywhere between 1/100th and about 1/1000th of a second.  With the lens switched to macro mode and the focus ring dialed all the way to its closest focus range, the camera is set for continuous shooting at 2 frames per second.  Focus is achieved by moving the camera closer or further from the subject.  I look for interesting insects framed against colorful floral backgrounds that will provide pleasing bokeh.

Many of these shots will be discarded because focus is off, but it’s easy enough to hit the Delete key and very little post processing is required for those that are kept.  As with people portraits, our eyes are drawn to facial features, so I select those shots with the best focus on the bug’s face.  A little light cropping to properly frame the subject is usually all that’s necessary for some really great insect portraits.  Maybe someday I’ll be able to afford a high performance dedicated macro lens.  But in the meantime, my Sigma 28-80mm F3.5-5.6 II Macro lens continues to yield beautiful glimpses of the amazing parallel world which exists unseen all around us.

Click on the first image to open a gallery with larger versions:

The Power of Adobe's Lightroom