K-r as my first ever DSLR 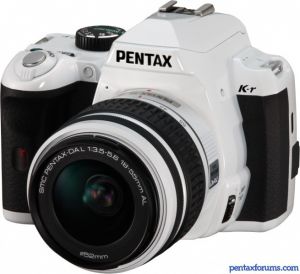 I got my first ever DSLR camera after two years of grinding my teeth over the fact I couldn't afford one. My mom happened to get a small win at the lottery and just randomly slipped in the conversation that she wanted to buy me the camera I wanted since I had been pining over it for such a long time. I had started learning photography with just a small compact camera. I hated it because of the lack of settings & the bad quality of images.

I was so happy for the new camera I took hundreds of photos per day and was so eager to learn I took a week off school after getting the camera. I wanted to dedicate my time for reading the manual (how many people actually do this, read the manual...?). Well I also got better at it quite fast and it wasn't too long till I had a feeling that I had to get a lens with a bit more distance to focus on. A friend of mine was selling an older manual Pentax K-mount lens, that was 200mm. I didn't understand enough to know anything about prime lenses (I had only used a zoom before). Well at first I was disappointed, but then I realized I just had to find the right situations to use the lens.

Many new great opportunities actually arose from buying that lens and the camera. I was just learning, but more people became interested in my skills and I actually got a few gigs as a photographer. I got two wedding photography gigs and a contract with a newspaper to write a blog from Finnish festivals over the summer. Well I took a lot of photos of the bands from the audience, of clothes people were wearing and some portraits. Most of them turned out great, some even awesome. I liked my new lens cause it was very fast and was pretty good in low light as well. I loved the blurry background that it produced on the images. So it was great in macro-shooting too.

Still I think the whole thing about me getting the DSLR somehow changed me and the way of my life. I used to be very spontaneous and interested in trying out new things when I was younger, but somehow over the years I lost some of that strength and courage. I thought photography was something that was too hard for me and too complicated to learn all by myself. I felt a lot more like my old self again when I started to take the first steps in learning photography (first step was getting that proper camera..). I never wanted a Nikon or a Canon I saw more qualities I wanted on Pentax. I had my heart set on Pentax K-r. It suited me well cause my old initials were KR, but I just got married so it's KK now. Well still, somehow that K-r was just a perfect reminder of what I used to be like and of sticking on to that courage and enthusiasm.

My camera has suffered a lot over the summer, with the festival tour and all, it's been fixed twice. Poor baby. I'm very clumsy. Now my camera has to deal with me on my new beloved hobby, geocaching. Hope it isn't too much for my K-r.

This is a photo from my festival tour. It's taken of a band called Nightwish from the audience, approx. 50 meters from the target. I want to keep improving my skills. 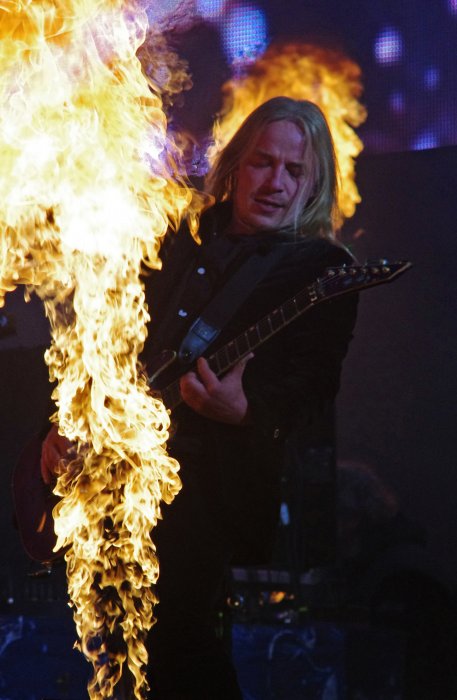 Some of the photos taken by me can be found here.