My biggest step forward in photography has been the transition from picture-taker to photographer, and the biggest impact in this transition came from an Olympus C-2100UZ. It provided me with the opportunity and gratification I needed to realize that there could be more to my photography than the classic tourist photos of standard memorable subjects. It had such an impact that, in time, I gave it to my sister in the hope that she would be equally inspired. 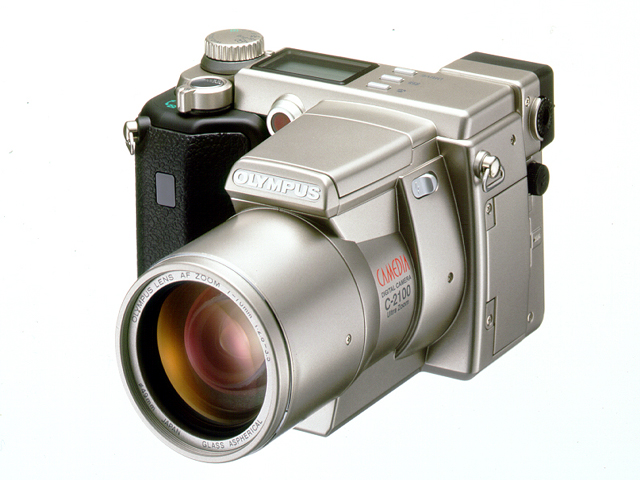 The C-2100UZ (Ultra Zoom) was one of the first digital long-zoom Point-and-Shoot cameras. For me its main features are:

Digital cameras produce images cheaply enough that taking multiple shots of the same scene is reasonable. The “uzi”, as it is affectionately known, produced photos that were clean and crisp enough that photography became pleasant for more than recording places and events. And its incredible (for that day) zoom allowed me to experiment with framing a scene. I quickly found taking pictures and critiquing the result to be enjoyable, and a learning experience. I first realized the possibilities during a driving vacation down the coast and up the middle of Oregon. While touring waterfalls along the Columbia River I saw images that captivated me. I found that framing the scene with the long zoom let me recapture the images that gave me that “wow” moment. Taking several shots with varied framing helped me see what best recaptured the original emotional impact. From someone who normally shot one or perhaps two rolls of film per vacation, I started shooting about a hundred photos each day. And critiquing them each evening.

As the trip went on I still took the standard photos,

but I also found other images I wanted to save:

And on later trips I continued to find captivating images:

After four years I moved on to a new camera, ultimately graduating to a DSLR (Pentax K100D). I have continued to refine my technique, with the same original goal – to preserve images that captivated me. I have started to experiment with manual focus, shutter, aperture, and sensitivity (ISO) control; and, with some reluctance, with post-processing (with some inconclusive forays into RAW). I plan to continue trying to capture images that please myself and those close to me; and I hope to become better at it by expanding and improving my skills and my knowledge of photography.

Taking the picture was the easy part...