The World is a Strange Place...

The world is a strange place, where something relatively meaningful can be sparked by the oddest of things. For me, this was the purchase from a co-worker of what at the time I thought was a new “mantel” piece camera. A Polaroid Land Camera Automatic 100, which has sparked my explorations into film photography. This eventually led to my purchase of a Pentax P30t and a couple of Vivitar early ‘80s era lenses. Lately I have been even eying some of my other acquired “mantel” piece cameras, like my Kodak Brownie No. 2 box camera.

Before I go any further maybe it would be useful to describe this camera. Though there are copies of manual available, they do not delve into the mechanics. It might not have been because the intended market would not care, or the mentality of the time was more on technique than equipment. The source for information on these cameras is the Land List [1]. According to the section on the 100 series Land Cameras (built from 1963 to 1965); these had a 3-element glass, which gave an aperture of f8.8, and a focal range of 114mm. The electronic ten second shutter resulted in a shutter speed of 1/1200. It is a robust design which is something one should expect from equipment that era. This is a camera where one appreciates the availability of a camera strap. 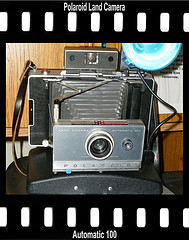 Obliviously after purchasing my “mantel” piece I began to do research, if only to have juicy information tidbits when showing to friends. Imagine my surprise, if you will, when I found I could still buy film and even batteries (the tendency to standardize had not materialized at this point I would surmise). This camera, built before I was even a twinkle in my parents’ eyes, could still be functional piece of equipment. Frequent film users can probably guess the next part, and will be snickering behind their hands. For they know that there something in film photography which still has not been completely reproduced in digital photography. It is also more challenging, because until the picture develops you really do not know what you might have; a true test of photographic skill. Maybe that is the draw, that sense of mystery. 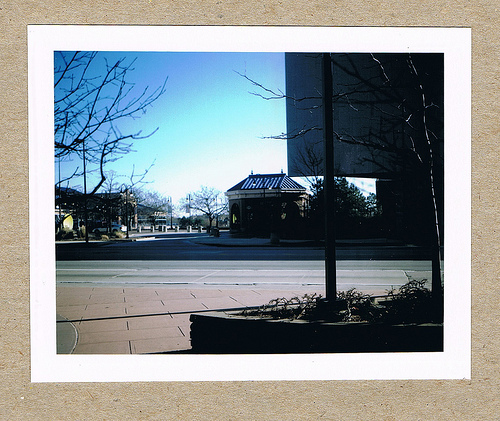 Let me conclude this submission, with a few thoughts. As I had mentioned at the beginning of this tale, the odd vagaries of chance can spark something meaningful. Also a quality product will, with proper care, can last as long as parts are available for it. Which in this case is sort of mixed bag, as the camera has lasted even though the company that created it has not. 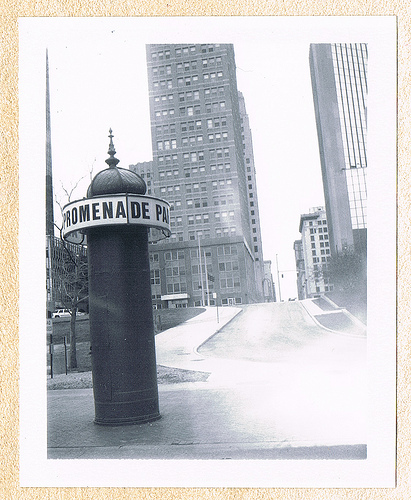 Why I love the Pentax K5