Although it wasn't my first DSLR, the Pentax K-7 had the biggest impact on my photography of any camera I've owned.  I bought the K-7 as a birthday present to myself at the end of March 2011, and since then I've managed to crank the shutter count on the K-7 up to 16,803 while my first DSLR, the K200D, languishes on a shutter count of 11,132.  That's an average of 28 photos a day on the K-7!  Why am I writing about the K-7 rather than the K-200D?  While the K-200D brought a massive change to the way I took photos being my first DSLR, the K-7 had the features I needed to be creative in ways that were much more challenging or impossible with the K-200D. 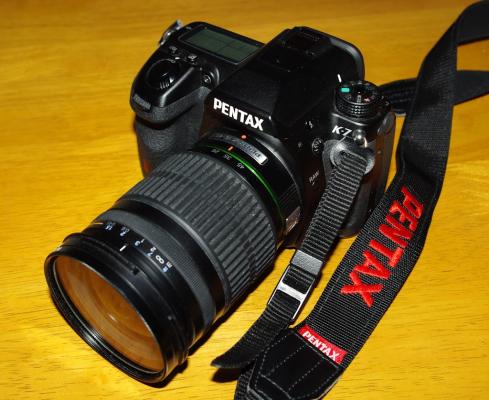 As mentioned in the review elsewhere on Pentax Forums, the K-7 was released in 2009, but I didn't get my hands on it until early in 2011. At 14 megapixels, it was a step up in resolution from my 10 megapixel K200D, but it was other aspects of the camera which I grew to appreciate. Most importantly, it was about creative control. What were the key features of the K-7 which improved my level of creative control over the feature set of the K200D?

The ability to easily switch between metering modes on the K-7 was a huge advantage over the K200D.  The latter required digging through the camera menus, while on the K-7 the selector is easily accessible on the top left hand side of the camera.  The K-7 provides multi-segment, centre-weighted and spot metering modes.  For my favourite kind of photography - wildlife and aircraft - I tend to stick to centre-weighted and spot modes.  The metering mode can be critical when you have a dark subject and a bright background. 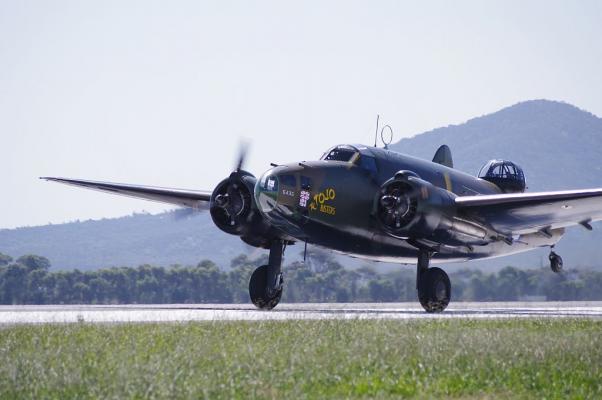 I confess to being lazy when it comes to using all the exposure modes available on the camera.  Most of the time, it's set to Program mode.  But there's a feature of Program mode on the K-7 which makes it much better than the K200D, and that's weighting.  If you have the Info display set to show the camera configuration, you can navigate the settings quickly on the display using the navigation buttons on the back of the camera, which are located conveniently near your right thumb.  If you go to the program line, you can change the Program weighting from the standard program to bias toward shutter speed, high DOF, low DOF or Modulation Transfer Function (MTF).  Of these, the ones I tend to use are to bias toward shutter speed (when I want to reduce camera shake or freeze something moving fast like a bird or a plane - I haven't spotted Superman yet) or bias toward DOF when I want a crisp scenery shot like the one below.  In contrast to the DOF weighting on the K-7, the sports mode on the K200 also sets the AF to continuous, which in my experience led to a lot of missed shots when the AF failed to lock. 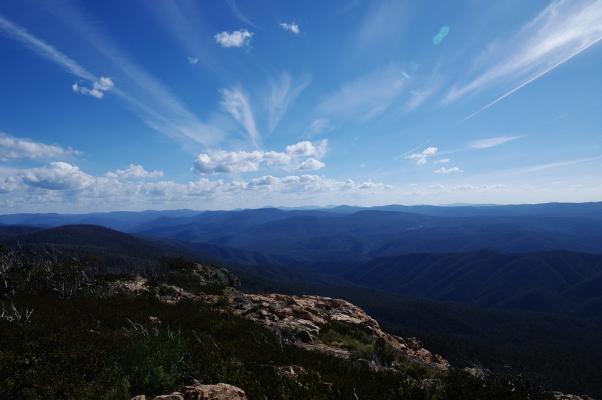 I often find that my photos have an error in the horizon of up to two degrees.  Maybe one leg is shorter than the other, or my head is on a permanent two degree tilt.  This doesn't sound like a lot, but it's actually quite significant in a landscape shot.  The electronic level in the K-7 makes it much easier to get the camera level.

The single scroll wheel of the K200D drove me crazy.  In manual mode, I want to easily adjust both aperture and shutter speed.  The dual scroll wheels of the K-7 make this simple.

Conveniently located near the shutter release, these buttons tend to get used a lot when you mostly use Program mode on the K-7.  Sometimes I want to under expose, sometimes, over expose - the EV adjustment makes that easy.  Similarly, convenient access to the ISO setting allows me to trade off speed and clarity.

Accessible by the "self timer" button (actually the shutter mode selector) is exposure bracketing.  The higher FPS rate of the K-7 makes bracketing much more useful than the slower shutter on the K200D.  The button is also labelled on the K-7 but is blank on the K200D, requiring an on-screen prompt.  The great thing about a DSLR is that you can shoot lots of images and simply delete the ones you don't want, so there are times when exposure bracketing makes a lot of sense.  When travelling, I tend to use exposure bracketing a lot because it may be a very expensive trip to go back and photograph that place again.

Many of my photos on the K200D have been ruined by dust or lint - or at least required significant post editing.  On the other hand, I've had very few issues with dust on the K-7.  The upgraded dust removal system really works.

Everything I've mentioned above about the K-7 is good and positive, because the main point of this blog post is to talk about why the K-7 had such a big impact on my photography.  However, I feel I should mention a couple of down sides to the K-7.

First, the movie mode.  I thought that this would be a feature that I would use a lot, but the sluggish AF in live view and the lack of AF at all while actually shooting video took away a lot of its usefulness.  A shame, because the 720p quality is actually very good.  I had hoped to eliminate the need to carry a camcorder, but it wasn't to be.

Second, the K-7 sensor noise.  There's been a lot of discussion about this, and I had to agree with a lot of what was being said until I turned off a couple of features I had switched on when I first got the camera - highlight correction and shadow correction in the dynamic range menu.  While these features are a great idea, in practice they significantly increased the noise in the photos I was taking.  I wish I had turned them off sooner!

Third, the camera has developed AF issues recently, particularly in poor light. In good light however, I took the landscape shot above on the weekend, and there's absolutely nothing wrong with it.  It looks like the camera needs to be serviced, which is probably reasonable given the beating it has taken on various trips around Australia and overseas.

The K-7 gave me far more creative control over my photos through the use of easily accessible controls.  I can quickly adapt to the circumstances without having to dig through menus.  As a result, it allowed me to focus more on what I wanted to capture in an image, rather than waste time working out how to convince the camera to take the photo I wanted.  The feature set of the K-7 made the tool more transparent to the photographer, and at least in my opinion, that's what a good camera should do.

From Keystone to K-x

My Inspirational Gear: The Pentax 50mm