As someone who has always liked to take pictures (sometimes even some good ones by accident), it wasn't until the purchase of my first DSLR that I learned that I never knew anything about photography.  As a 27 year old, I grew up as film died and digital photography took off, so perhaps it's fitting that the most influential item in my photography was purchased by a young, 23 year old me; the M42 screwmounted Super Takumar 50mm f1.4 attached to my digital Pentax K100D. 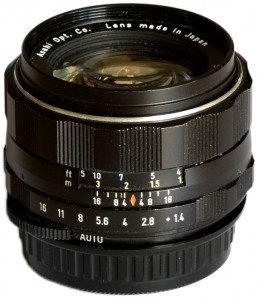 Simply put, without this item, I would be one of those people you see walking around with a DSLR in fully automatic mode hoping to get a decent picture to show off my "skills". Before I even bought this lens it was teaching me. I would look around at beautiful portraits and wonder, how on earth did they do that? I have a sweet camera too! That's when I started to actually learn the theory behind photography, and I had to have a fast lens.

But alas, I was a poor student, and remembered the only reason I settled on a Pentax was the salesman at a small camera shop pushing the old model Pentax K100D on me, saying they could basically use any lens Pentax ever made. "A-ha!" I thought to myself, "to eBay I go."  Two weeks later, my $80, 40+ year old lens (and to a student who thought $80 was a lot on a lens, the outrageously priced $40 genuine Pentax adapter!) arrived.  The very first thing I did once I finally figured out how it attached was to set it at F1.4 and take this picture of my cat only feet from the stove. 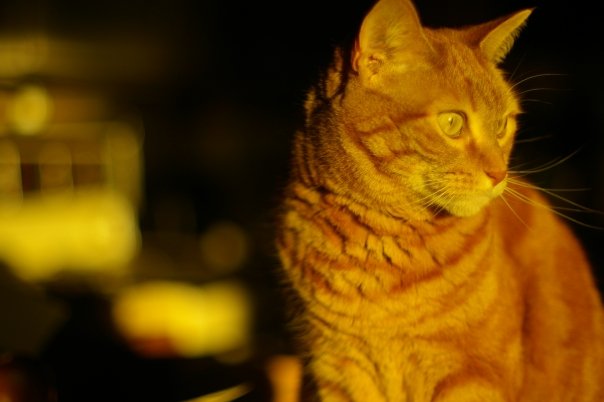 I was instantaneously hooked on what this lens could do.  This old lens took fantastic photos from my meager knowledge.

Nevertheless, this 40 year old lens had limitations for someone like me.  Before taking that picture, I was wondering why it wasn't focusing when I pushed the shutter button.  "How do I zoom?!" was my next thought after snapping that first photo.

Luckily for me, it's limitations were what made it so influential to myself.  It forced me to learn the fundamentals of photography almost on its on by making me use manual controls.  With it's fixed focal length, it started me on the path of thinking about composure by moving my feet and discovering new angles and new lighting while I searched for adequate distances from my subject.

However, as influential as all of that was, by taking beautiful photos I was proud of, it made me WANT to take my camera out in poor conditions and busy places and learn about the craft.  And really, isn't that desire the most important part?

See also: how to use M42 lenses on your Pentax DSLR

Shutter Holder Downer for the K-x